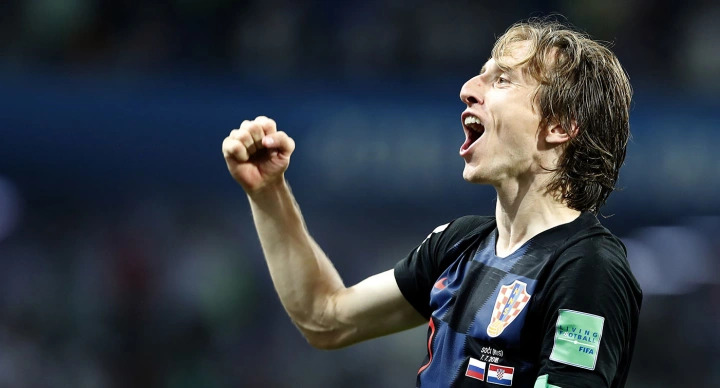 The 2018 World Cup final is this Sunday, July 15, with France set to meet Croatia at Luzhniki Stadium in Moscow. There may be no Lionel Messi or Cristiano Ronaldo, but the final is still the single biggest sporting spectacle in the world. The quadrennial showpiece match will be contested in front of approximately 81,000 spectators in actual attendance and watched by a global television audience that could number in the billions. At the end of the 90 minutes plus injury time, and possibly extra time, and maybe even penalties, one team will lift the Jules Rimet trophy and be crowned World Cup champion.

But before looking ahead to what might happen, let’s take a look at how we got here.

What were these teams expected to do?

Along with Germany and Brazil, France was one of the three leading favorites heading into this summer’s World Cup. Although Didier Deschamps’ star-studded team got off to a slower start than perhaps was expected of them, Les Bleus are right where many pundits picked them to be at this point; into the final with a good to excellent chance of winning it all.

Drawn into a competitive Group D, along with Messi’s Argentina, Nigeria, and Iceland, Croatia wasn’t necessarily assured to even make it to the Round of 16. Despite the team’s talent, Croatia’s reputation as a perpetual underachiever hardly singled it out as even a dark horse for making it to the final. At best, it was expected to finish second in its group, which as things played out, would’ve set up a meeting with France, not in the final, but in the Round of 16, where most would’ve predicted Croatia’s World Cup to end.

How did these teams get here?

Despite currently boasting one of the standout squads in international soccer, France hasn’t exactly pulled up trees at this tournament. But it hasn’t lost any games either. Les Bleus opened their tournament with a pair of wobbly Group Stage wins over Australia (2-1) and Peru (1-0), followed by a snoozer of a scoreless draw with Denmark.

France came to life in the Round of 16 as it ended Messi’s World Cup dreams by beating Argentina in a 4-3 thriller. The team seemed to retreat back into its shell somewhat for a convincing if unspectacular 2-0 win over Uruguay. While we’re still arguably waiting to see the team really catch fire, France was impressive as it went on to edge a supremely talented Belgium team in the cagey 1-0 semifinal win that saw it through to the final.

Unlike France, Croatia did come out of the gate hot at this World Cup. Zlatko Dalic’s team got things going with a comfortable 2-0 win over Nigeria, followed by a systematic 3-0 destruction of Argentina, that Messi and Co. never really regained their footing from. Croatia went on to top its group by convincingly beating the same Iceland team that knocked England out of the Euros two years ago.

In the knockout rounds, the going got a bit rougher. All three of Croatia’s knockout games went to extra time, resulting in the team playing an entire 90-minute match’s worth of soccer more than its final opponent. Two of those matches went to penalties, with Ivan Rakitic netting the decisive penalty against both Denmark and Russia. Thankfully, no penalties were required as the team showed resilience to come from behind and beat England 2-1 on a decisive Mario Mandzukic goal scored in the 109th minute.

Who are the key players for each team?

With top-level stars like Manchester United midfield Paul Pogba and Atletico Madrid attacker, Antoine Griezmann in the squad, France’s embarrassment of riches in talent would’ve made it difficult to point to a key player headed in. But if there’s one player on any team that’s illuminated this tournament, it’s Kylian Mbappe’ The 19-year-old Paris Saint-Germain forward put in a star-making turn against Argentina, making a blistering run to win the penalty that opened the scoring for France before putting the game to bed with a pair of second-half goals. He also scored against Peru in the group stage and although he’s gone quiet on the goal front, Mbappe has already been the breakout player of the World Cup. The stage is set perfectly for Mbappe to lead France to glory in the final.

Simply put, Luka Modric may be the best player we’ve seen at the 2018 World Cup. Fresh off another Champions League win with his club team Real Madrid, the midfield talisman has been the orchestrator at the center of the park for this talented Croatian side. With just two goals and one assist, his stats may not jump off the page but the intangibles the 32-year-old provides, such as his calm on the ball and pass completion rate – 88 percent against England – make him central to everything that has gone well for Croatia. Modric is the kind of player that makes the players around him seem better than they are. If Croatia is to defy the odds one more time and beat a heavily favored France, Modric is the key.

What are the keys to the game?

Without ever looking too spectacular, France has beat a steady path towards the World Cup final that’s seen it brush aside two of the most talented teams in the tournament in Argentina and Belgium. While Deschamps’ team has yet to win plaudits for attacking flair or dazzling ball movement, it hasn’t really put a foot wrong either. One of France’s strengths at this World Cup seems to be letting opposing teams dominate possession while minimizing their actual chances. The win against Belgium was a masterclass in this.

But that could prove dangerous against a Croatia that likes to possess the ball, is also good at minimizing the opposition’s chances, and is comfortable taking things the distance. To avoid the extra time and penalties that have become Croatia’s comfort zone, France will need to outscore the Croats in regulation. That might require finding the extra attacking gear we’ve only seen glimpses of. If the likes of Mbappe, Griezmann, and Olivier Giroud can click into the kind of flowing attack we suspect they’re capable of, France should simply be unbeatable. But if Deschamps’ team continues to ride third gear, it could open itself up to the possibility of an upset, possibly by allowing itself to get into a penalty shootout, where Croatia’s experience from previous knockout games could prove decisive.

Having played an entire 90-minute match’s worth of extra time and with one less rest day than France, Croatia runs the risk of heading into the final as something of a depleted force. Modric, in particular, looked tired late in the game against England and made mistakes we don’t usually see from him. While Croatia has quality, particularly in midfield with Modric and Rakitic, going toe-to-toe with France seems risky, particularly as there’s no one in the Croatian squad who can match Mbappe’s pace.

That leaves the option of playing its possession game and trying to outpass and outwork France, which we’ve already seen an arguably superior Belgium team try and fail to do. If we’ve seen anything like a roadmap for success against France from Croatia at this World Cup, it was the Argentina game, when Croatia ceded possession to a more talented side and mercilessly exploited the opposition’s mistakes.  That’s also risky, as it would require beating France at its own game to some degree. The other option is to try and grind the French to a halt, take them to extra time and then hit them hard when their initiative begins to falter, as Croatia did against England. Barring that, there’s always penalties.

Everyone loves an underdog story and despite some of the darker elements that surround the team, Croatia has provided us with a good one at this World Cup. We’ve seen Croatia fight hard to put arguably superior teams to the sword, but we’ve also seen it ride its luck to some degree.

After Belgium beat Brazil, most people had it as favorites to win the World Cup. Before France brushed it aside without too much trouble. It may not be as exciting to watch as we’d hoped, but with the failures of Germany, Brazil, Argentina, Belgium and Spain, the French can rightfully lay claim to having been the best team at the 2018 World Cup. At this point, it would take something special from Croatia, or any team to beat them. While we’ve seen other teams make the mistake of counting Croatia out, it’s difficult to imagine a scenario in which France isn’t crowned World Cup champion come Sunday.