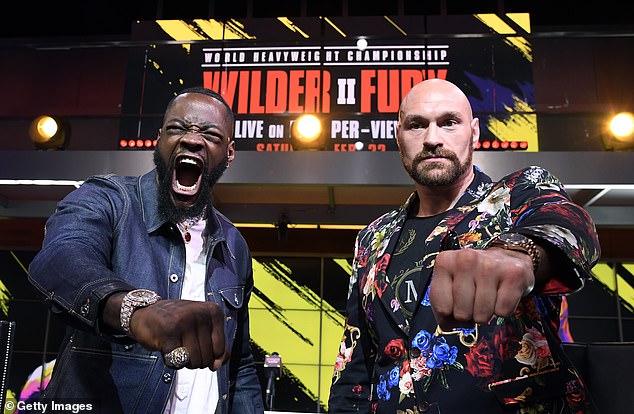 Eddie Hearn has revealed he will consider offering the winner of Tyson Fury and Deontay Wilder‘s rematch an equal split of the purse to face Anthony Joshua.

Talks of a fight between Joshua and Wilder for the heavyweight undisputed crown have rumbled on for the best part of two years while Fury has often spoken about his desire to face his compatriot in a heavyweight battle of Britain.

Hearn has claimed that both Wilder and Fury have rebuffed offers to face Joshua in the past, but he believes that they have reached a point now where the fight simply has to happen.

“Wilder vs Fury doesn’t decide who the best fight in the world is.”@EddieHearn reveals what could happen after #WilderFury2

Fury and Wilder meet in a re-run of their December 2018 classic in Las Vegas in eight days’ time for the WBC heavyweight title – the only one not possessed by Joshua – and Hearn admitted it is likely that he will up his previous offers to whoever emerges the victor in a bid to finally seal the long-awaited mega fight for all the belts.

‘For once I agree with my esteemed colleague [Frank] Mr Warren, the winner has to fight Anthony Joshua, there’s no doubt about it,’ Joshua’s promoter told TalkSPORT.

‘Fury is talking a brilliant game for this fight and he’s an excellent self-promoter. The fact is, we have made offers to Fury and Wilder of 60/40 way before they were actually as relevant as they are now and they both turned it down, so we have been actively trying to make this fight, we’ve been round the houses, it’s been talked about for ages. 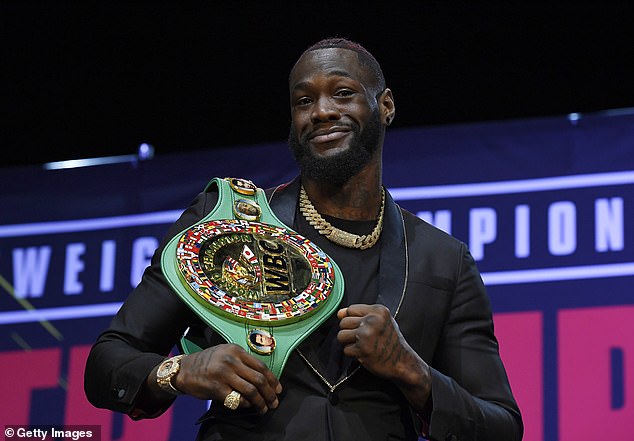 Wilder’s is the bearer of the prestigious WBC crown, missing from AJ’s endeavours 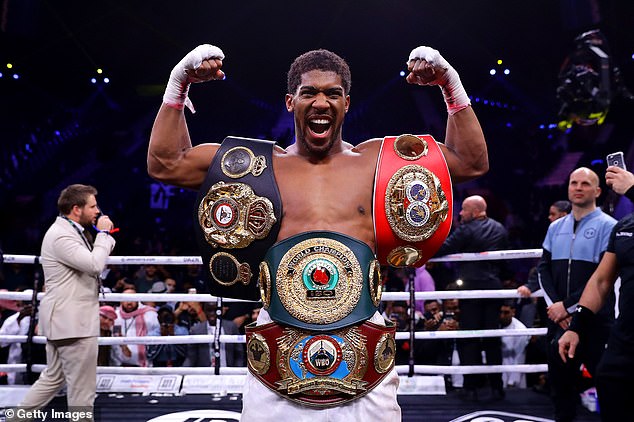 ’60-40 to both and they wanted 50/50 when they weren’t as relevant as they are now. Like I said in an interview the other day, maybe we will have to make that offer next but there’s no point talking about a deal until that fight is over but when that fight is over we have got to get it made.’

Hearn appeared to have his reservations about Wilder’s intentions to fight Joshua and hit back at his claims earlier this week that the Brit was ‘irrelevant’ in the heavyweight landscape.

The Matchroom boss also admitted that it would be less complicated to make the fight with Fury, adding: ‘You have to give those guys credit, Wilder and Fury. There was a time where they weren’t as relevant as they are now and now it’s a big fight and they are stars. Fury is the star. 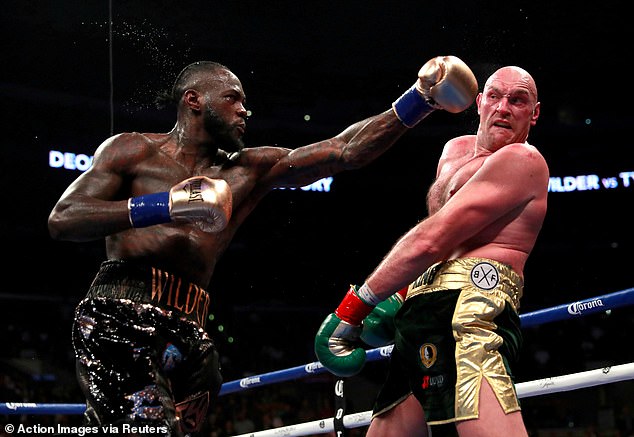 ‘Wilder, he’s made a few comments that makes me think, like he said yesterday that Joshua just isn’t relevant. (Joshua’s) got four of the belts in the heavyweight division, he’s the biggest star of the division, of course he’s relevant. And he wants to fight the winner because without it, he can’t call himself the best.