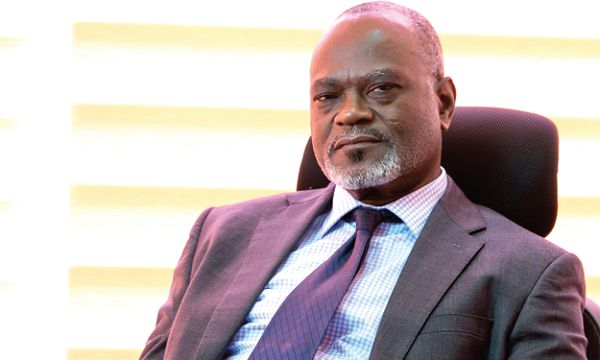 The Normalisation Committee (NC) of the Ghana Football Association (GFA) has received the reports of the six adhoc committees set up to make proposals to enhance the ongoing reforms in Ghana.

At the GFA Conference Room in Accra last Tuesday, the various committees took turns to make power-point presentations of their findings and recommendations to the four-member NC, explaining into detail what had been codified in their final documents. In addition, each presentation was followed by questions and contributions from the floor.

Dr Emmanuel Owusu Ansah who set the ball rolling for the Technical Development Committee highlighted on the fact that the game of football had grown in the country but had not developed, meaning the game is widely known but the approach to developing it has not been proactive.

The Referees Committee, represented by its chairman, Mr Kudjoe Fianoo, listed low moral standard of refereeing, inadequate compensation and logistical constraints, among others, as the challenges facing referees. The committee, therefore, advised that there should be a system to check the performance of referees like a database management system.

Dr Kwame Baah-Nuakoh, the chairman of the Domestic Leagues Committee, explained that the system which governed local football were weak and had caused the league to be unattractive to Ghanaians. It recommended that a strict conformity to the FIFA and CAF Club Licensing requirements would help enhance the prospects of the league and other local football competitions.

The Marketing and Sponsorship Committee, led by Mr Reginald Laryea, did the SWOT analysis of Ghana Football to ascertain its Strengths, Weaknesses, Opportunities and Threats, and stressed the need for a total rebranding of the GFA to create a distinction between the new and old.

This, in the committee’s opinion, would clear the negative perception about football in Ghana and also open more sponsorship opportunities for the FA, both locally and internationally.

Speaking for the Communications and Promotions Committee, Ekow Asmah explained that the current perception about Ghana football was that the local game was no longer attractive and competitive due to some negative tendencies of club officials and match officials.

The group believed that adopting a common selling proposition would help grow the Ghana Football brand.

They, therefore, suggested the catch phrase “Agro @ the centre of the earth” with the view to promoting Ghana’s brand of football, relative to the country’s location on the Equator.

Dr Patrick Ofori, on behalf of the National Teams Committee, raised some interesting points about the need to introduce a nine-member National Teams Board to regulate the activities of the national teams instead of management committees.

The committee also recommended ways to develop players from the juvenile level to the senior national teams, as well as recruiting and developing coaches for the various national teams through application and an interview process.

Another interesting initiative suggested by the committee was the introduction of a national “Hall of Fame” for players who serve the national team well for a decade to ensure player commitment, dedication, discipline and a sense of patriotism on the part of active players.

After the presentation, Dr Amoah lauded the various committees for the good job and stressed the need for funding to ensure the implementation of those laudable ideas.

The vice president of the NC, Mrs Lucy Quist, on behalf of NC, thanked the committees for their relentless effort in coming up with such great ideas to help move Ghana football beyond its current state.

She also gave an assurance that the work of the various committees would not be in vain as the NC would factor the various policies and recommendations in its report.