After I Beat Canelo, GGG next – Jacobs

Jacobs will stake his title against Canelo, who brings his WBC, WBA world titles to the table.

The contest takes place on Saturday, May 4 at T-Mobile Arena in Las Vegas and will be streamed exclusively on DAZN. 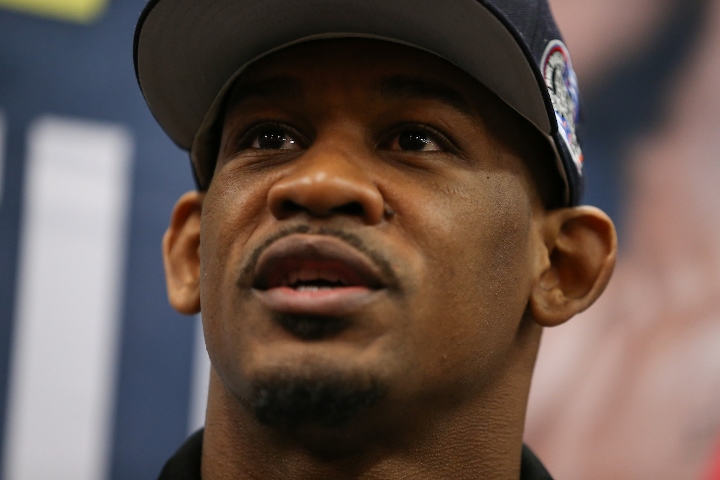 In his recent bouts with Gennady Golovkin and Rocky Fielding, Canelo has pushed forward with hard combinations and dictated the pace.

But Jacobs does not expect Canelo to pull off the same scenario next month.

“I don’t necessarily think Canelo can bully me. I think that it’s going to be really hard for him being the smaller guy to dictate that. I’m a rough guy when it comes to being in the ring.

“From the outside looking in, it might look different. But in the ring, I’m a physically big guy with speed and power, so it’s more about the tactics that I choose to use to be victorious,” Jacobs said.

“All I see is my hand being raised. I’ve envisioned KOs, decisions, all the positive things.

“As far as controversy or negativity, him being able to take my punches or push me back, that’s not entered my mind.

“We only think positively before going into the ring, we’re ready for every possibility, but ultimately, we are on a positive path to victory.”

“Victory would truly show the fans that whether you think I beat Golovkin or not.

“I am the best Middleweight in the world. I’ve always said that I am the best, and I’ve also always been vocal that the win over Golovkin was taken from me.

“So, a win over Canelo puts a new idea in the fans’ minds that this guy is the best as he’s proven it against a guy that beat Golovkin – and then I can give Golovkin the rematch and prove that I am better than him.”