AJ hangs out with Drake after intro to America 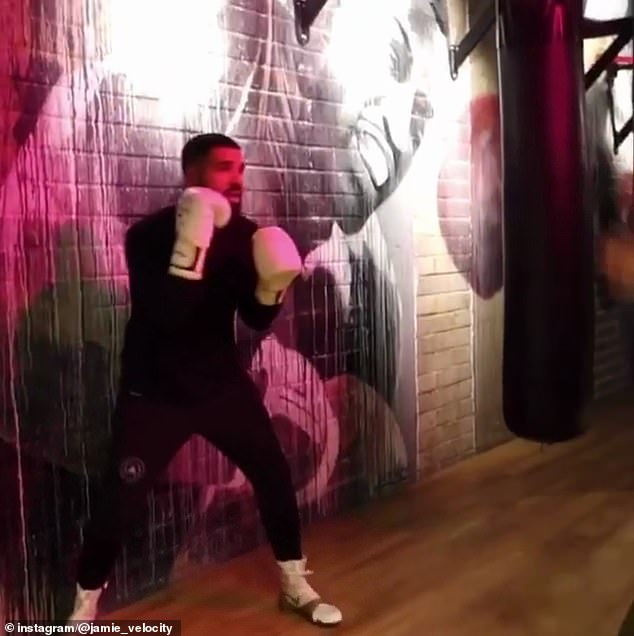 Thirty-two-year-old Drake is a keen boxer, having taken up the sport in an attempt to keep fit

The famous pals posed for a photo, which Drake shared on Instagram with his 54million followers. 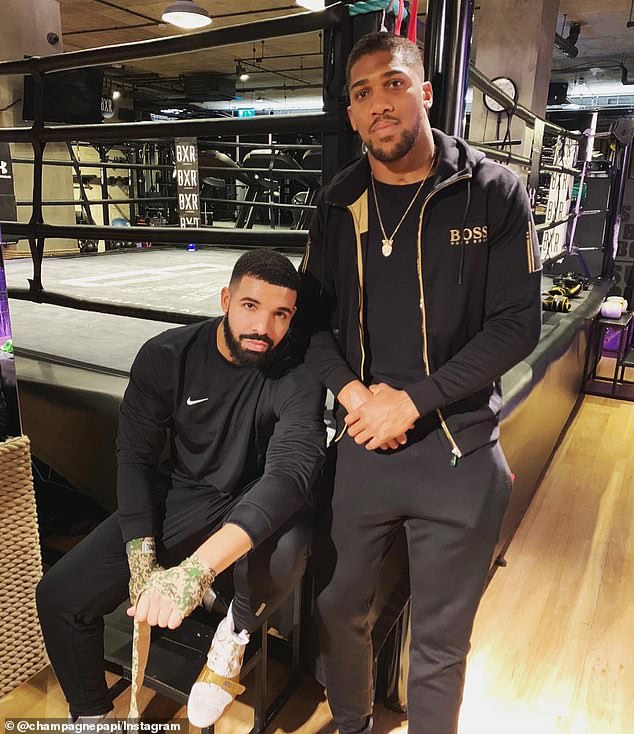 Stealing words from Dave’s 2016 track ‘Thiago Silva’, Drake wrote: ‘Walk in the rave, smile on my face. Drink in my cup, hand in my jeans. Man talk tough, man look up, down, left, right. Straight to a bang in the teeth’.

Drake is a keen boxer, having taken up the sport in a bid to keep fit.

Earlier this month, he trained with Jamie Reynolds, who is Joshua’s strength and conditioning coach.

Reynolds uploaded a video of Drake working on his reflexes on Sunday evening.

Joshua is currently preparing for his 23rd professional fight.

He will put his IBF, WBA and WBO heavyweight titles on the line when he meets American Jarrell Miller at Madison Square Garden on June 1. 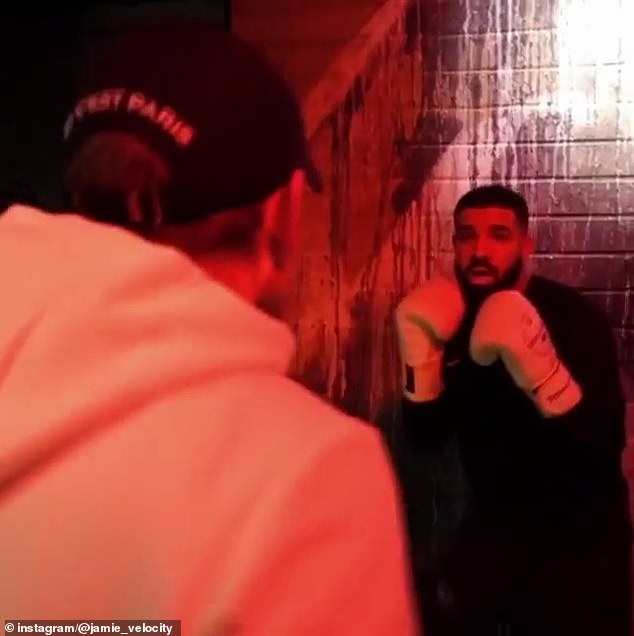