The Arsenal striker confirmed in court via a video link that he cheated the Spanish taxman out of almost £900,000 during his spell at Barcelona.

Spanish prosecutors said Sanchez, 28, avoided paying tax by “simulating” the transfer of his image rights to Numidia, an offshore shell company in Malta.

He has already paid back the full amount to tax authorities. 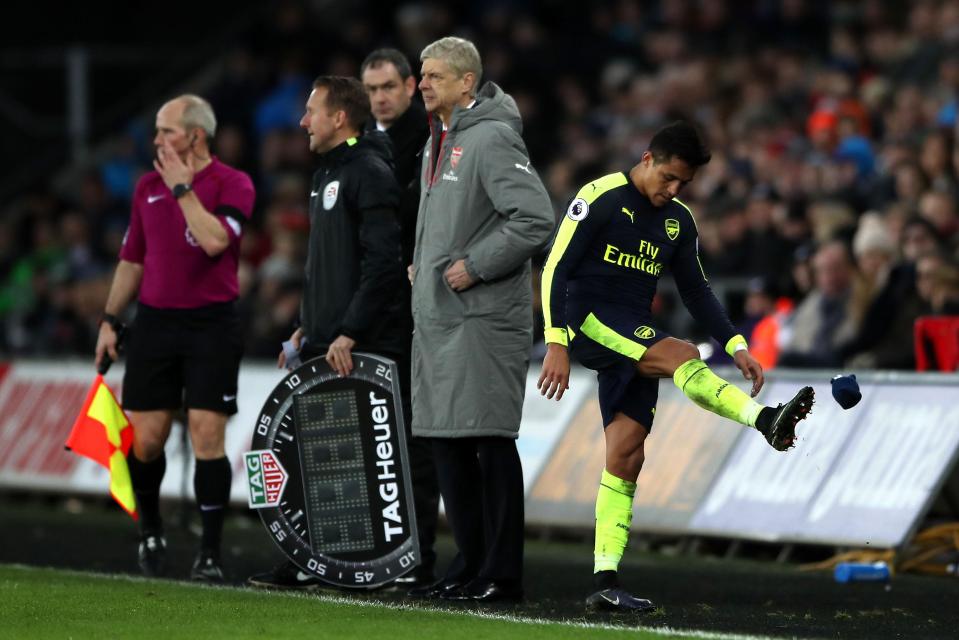 Alexis Sanchez sulked after being subbed at Swansea, but faces bigger problems now

But Sanchez will also have to pay a mega-money fine – in order to avoid a high-profile court case, similar that of Lionel Messi.

The frontman’s lawyers will meet with Spanish officials to agree on a figure, which is likely to be inflated by Sanchez’s delay in admitting to the crimes.

He will also be given a prison sentence – but is unlikely to serve any time behind bars.

Under Spanish law jail terms of under two years can be served on probation.

Sanchez is the fifth player from Barcelona to be investigated in Spain for tax offences, after Lionel Messi, Javier Mascherano, Adriano and Samuel Eto’o.