BOXER Amir Khan has been hit by more personal turmoil after a long-rumoured sex tape of the star was leaked online.

The X-rated clip shows him in just a T-shirt and boxer shorts performing a sex act on himself while in conversation with a female model on the video call service Skype.

It is believed to have been made just weeks after the former world champ’s wedding to Faryal Makhdoom in 2013.

The woman in the footage is believed to have been from Arizona, USA and first had a fling with Amir in 2010.

The new headache for Khan comes as Faryal remains at loggerheads with the Muslim fighter’s family after an explosive public feud.

Last night a source revealed: “This is a mortifying moment for Amir.

“He’s a Muslim boxer and his personal life is under the microscope right now, so the timing couldn’t be worse.

“There had been rumours about these videos for years but now anyone who wants to view them on the internet for free can do so.”

Beauty blogger Faryal’s feud with Amir’s family was exposed after she posted a long rant on social media accusing them of bullying her.

She claimed Amir’s sister had thrown a remote control at her and cropped her out of family pictures.

Amir’s parents then sparked a war of words by slamming her accusations.

But they admitted to demanding that she change her “unacceptable” dress code.

Who is Faryal Makhdoom? Amir Khan’s wife, Snapchat ranter and YouTube star – what we know 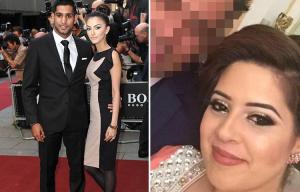 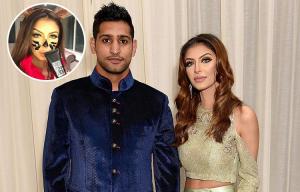 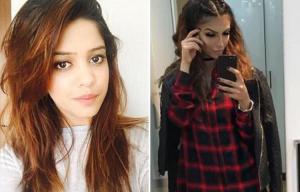 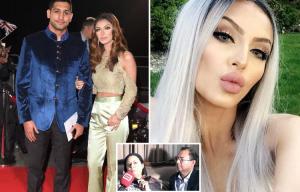 ‘WE ARE LIVING IN FEAR’ 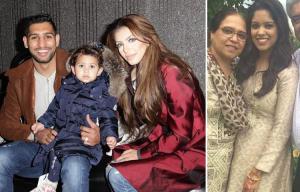 The furious boxer has threatened to divorce Faryal and abandon his family.

He warned: “This is getting to the point where they will lose a son and a husband. Childish behaviour. Both parties need to stop this. I’ve had enough.”

Amir and Faryal’s relationship has been rocked by numerous cheating accusations against the lightwelterweight star.

He’s also said to have bombarded a lap dancer with X-rated messages days after the birth of his daughter Lamaisah, now two years old.