A-LIST British male celebrities are braced for embarrassment after a mass leak of sex tapes made with glamour models on Skype.

A high-profile ex-England international footballer, a star BBC presenter, a Hollywood actor and an X Factor favourite are all said to be “panicked” that clips made using the video call service could now be released.

The Sun told yesterday how Amir Khan had been left humiliated after the release of a three-year old recording of the boxer engaging in a solo sex act.

Insiders say the wholesale release of the videos this week comes after the celebrity sex tape specialists Celebrity Busted had one of their accounts hacked.

A source revealed: “Celebrity Busted has become notorious for its collection of pictures and sex tapes of famous men that they have collected over the years.

“They have published select highlights on their social media accounts of some of the stars but many have remained secret.

“Their archive is thought to include pics and videos of very high-profile celebrity men, including two of the BBC’s household names, very well-known British movie and soap actors, and pop stars too.

“It looks like one of Celebrity Busted’s accounts has been hacked and that’s why the videos of Amir Khan, Louis Smith, George Sampson and Calum Best are all now being released.

“There’s a group of celebs who are panicked that there could be more to come.”

All the celebrities in the videos are engaging in solo sex acts while in a two-way conversation with female glamour models who are not identified in the online postings.

It is very easy for Skype calls to be recorded by either participant by downloading a simple piece of technology.

“They swap Skype usernames and arrange to have phone sex over the video service.

“It’s possible to record the Skype conversations so the assumption is that the models have made recordings which are then given to Celebrity Busted and ­ultimately leaked online.”

Celebrity Busted previously said the Shayne Ward video was not released by them.

LADS ARE COURT OUT

CELEBS will have difficulty getting the sex tapes removed from the internet because they are posted abroad, a top lawyer said. 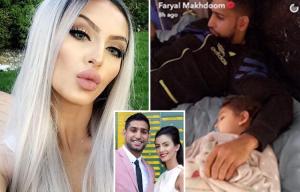 AM WHO I AM

Who is Amir Khan? The British boxing ace at the centre of a sex tape storm was once compared to Muhammad Ali 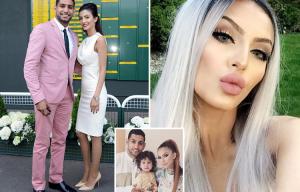 Who is Faryal Makhdoom? Amir Khan’s wife caught up in sex tape scandal – here’s what we know 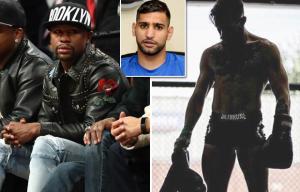 She posted a picture of the pair on Snapchat and the caption: “My two babies.”

We told how Amir, 30, faced new personal turmoil after his long-rumoured sex tape emerged on the internet and that three further videos were said to have been touted for sale.

It is bad timing for the boxer as Faryal is involved in an explosive public feud with his family members.