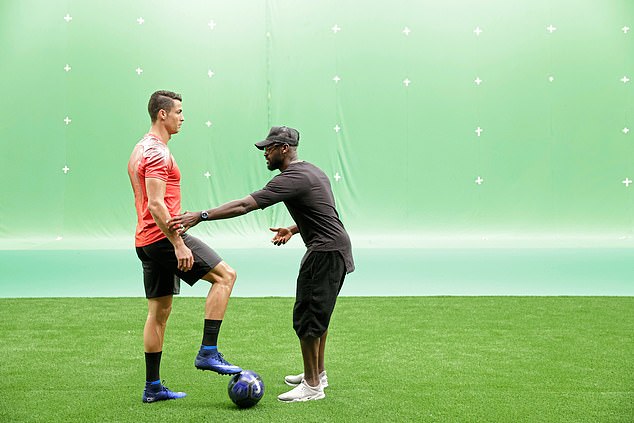 On a freezing night at Millwall, Wayne Rooney and Franck Ribery are given their final instructions before shooting a glitzy World Cup commercial.

Rooney is told he should run at the Frenchman but to make sure he stops before making contact. A couple of extras will be used for close-ups of the actual tackle.

Doing the telling is Andy Ansah, once of Southend United but now the world’s foremost football choreographer with clients from Cristiano Ronaldo to Usain Bolt.

‘So, Wayne steams in and does the slide-tackle anyway,’ says Ansah with a shudder. ‘Luckily, Franck jumps out of the way but I’m like, “Waz, what are you doing?!”

‘Wayne wanted to make it look real. He’s a good friend but if either of those players had been hurt before the World Cup, I’d have had the whole of France and England looking for me!’

With his flourishing beard, oversized glasses and hat, the flamboyant 49-year-old is happily recounting a life of two halves; first on the pitch, then even more successfully behind the camera. 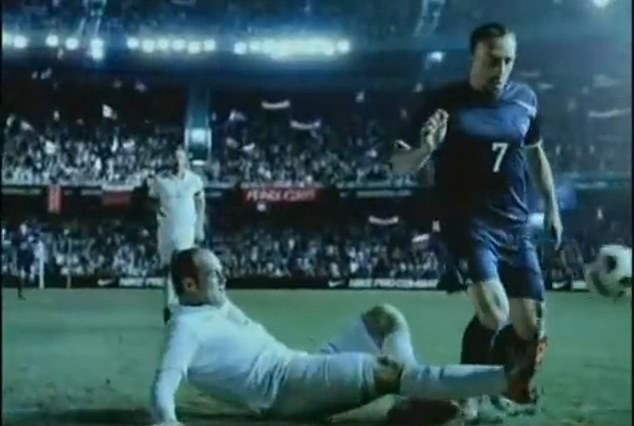 He starts at the beginning, the single mum who brought him up in Lewisham, going from one cleaning job to another to keep her family afloat. His own burgeoning football career saw him play for Crystal Palace youth with Gareth Southgate before taking off at Southend.

There he met his mentor, Chelsea legend David Webb. The straight-talking manager helped his young forward through a goal drought advising: ‘Close your eyes son and kick the ball as hard as you can. If you don’t know where it’s going, how will the goalkeeper?’

Ansah’s Premier League ambitions were rocked by a bad knee injury at 24. ‘They drilled 20 holes to make the bone grow back but I was playing with one knee after that,’ he says.

He retired from professional football six years later after struggling with various lower league clubs, but as one door shut, another opened, as a £50-a-day extra on Sky TV football drama Dream Team. It started a remarkable journey.

‘I was on set saying the changing rooms weren’t right, the towels wouldn’t be set out like that. So they said, “Show us how it’s done”. I started organising everything until the producer, Jane Hewland, called me upstairs and gave me a full-time job as football consultant. She said I’d have a better career behind the camera than in front of it!’

Ansah was involved in storylines, and got footballer mates such as Andy Cole to appear as guests for nothing. His reputation grew to the point where big-time director Danny Cannon offered him the chance of going to Hollywood to work on feature film, Goal.

‘I jumped on my moped to meet him in a London hotel. Danny said it would change my life and he was right.’ says Ansah.

‘Next thing I’m hanging out with Jason Statham and 50 Cent, living on Sunset Boulevard and playing football for Hollywood United with Vinnie Jones. It was unbelievable.’

Working on the movie gave him the confidence to set up his own company, Sports on Screen, which for the last decade has become the leading choreography, consulting and casting agency in sport. 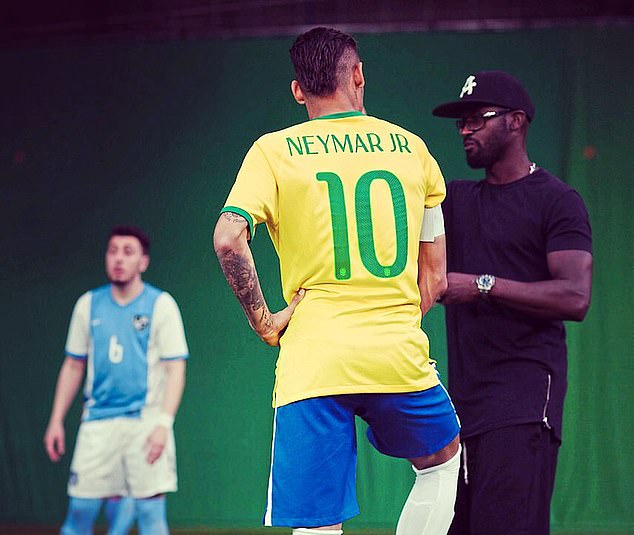 He has worked with Rooney for 15 years and was involved in his Street Striker series. His relationship with Ronaldo started with the Joga Bonito Nike campaign in 2004 and remains strong now.

‘Wherever Cristiano goes, he is mobbed,’ says Ansah. ‘But for sheer hysteria, you couldn’t beat working with Ronaldinho in Brazil at his peak. Huge crowds everywhere. There were women with his face tattooed on their cleavage.’

The only time he got truly starstruck was also in Brazil. ‘I was in awe of Pele,’ he admits. ‘We were doing Mike Bassett: England Manager and spent a day with him. After we did the scene, he signed a shirt for my son. I rang my wife after, sobbing tears of happiness.’

Ansah did not play to the level of the idols he works alongside but believes his experiences as a sportsman have helped create a bond.

‘I can translate the athletic and filming side because I played football for 15 years and have been on sets for longer than that. They see me as their companion, whereas they might be looked at as a caged performer by everyone else. 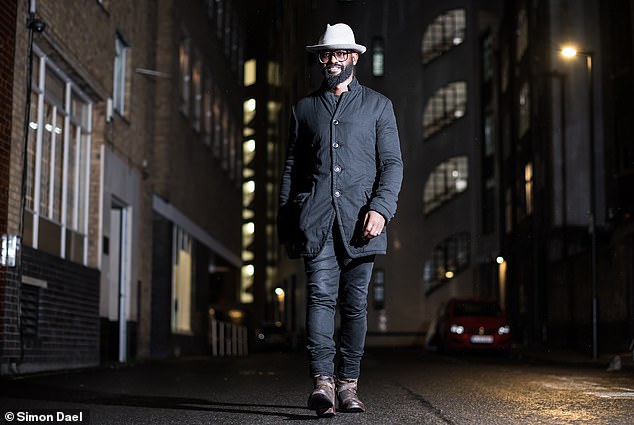 Explaining the origins, Ansah explains: ‘We used it in local football as our own private word for technique. When I wanted Wayne to do a skill, I’d say “Tekkers”.

‘I’d been saying ‘unbelievable tekkers’ for so many years, it was a natural thing for me. But Soccer AM decided to make a segment out of it and it took off from there.’

‘Working with the very best, all the footballers, runners like Mo Farah, you learn to spot the characteristics that make them great. Zlatan Ibrahimovic’s self-belief, the dedication of Cristiano. You can tell with the younger which ones will be able to maintain success year after year and those who won’t.’

Ansah’s company employs about 20 people in England, Europe and Los Angeles. They have their own studio in south London. It has a family feel to it. Adam Fry, son of his former Southend boss Barry Fry, is on the payroll as a sports model.

He feels closer to Rooney than any of the other superstars he has met and befriended. ‘I was in Madrid shooting when Wayne called out of the blue and invited me to Manchester United’s Champions League final against Barcelona [in 2011].

‘I took my son to Wembley with me. That’s how tight I am with Wayne. It’s a friendship based on sincerity, we act the same whether on set or watching a game on TV together.

‘When Wayne does a commercial, he’s all in. He has clocked it makes sense to deliver a line in a couple of takes rather than 20 — it saves a lot of time!’

This month, Ansah has been to Paris to work with Neymar for a new clothing brand. As part of Ronaldo’s CR7 machine, he’s due in Turin soon for a latest project. Along the way he coined the phrase “unbelievable tekkers” – slang for outrageous skills (technique) – that has become part of street football language. Ronaldinho is his own personal king of the tekkers.