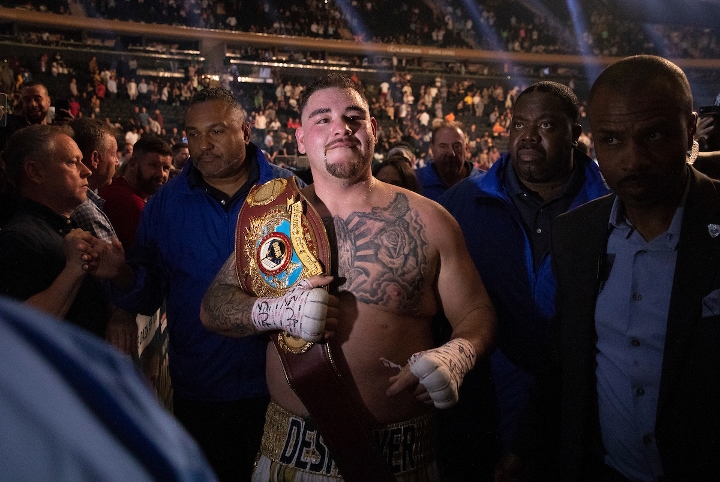 No one really knows until the bell sounds.

Perceived heavy favourites usually win the fights they are expected to. It doesn’t always happen, but it happens frequently enough we are always left with room for the pleasant surprise.

Saturday night, Andy Ruiz came off the deck in round three, moved his hands at close quarters, and changed the arc of two careers.

Anthony Joshua had been expertly built into a draw since winning the 2012 Olympic gold medal at super heavyweight.

The stadium shows he became known for the last couple years were as big a spectacle as the sport had to offer.

His US debut, against a late replacement who wasn’t rated in the top ten by TBRB, Ring, ESPN or many other notable ‘independent’ ratings, was a fait accompli on paper.

Ruiz was good enough to make it interesting, but that was it right?

It was the assumption, here.

We know what they say about assumptions. No, this wasn’t an upset the magnitude of Mike Tyson-Buster Douglas and anyone who thinks otherwise was probably born after or not old enough to understand just how big that moment was.

That said, Douglas was a concensus top ten heavyweight when he challenged Tyson.

Ruiz had one fight against a notable contender in Joseph Parker and lost.

The global ascension of Joshua to the position of central superstar in the sport is delayed or worse. Andy Ruiz, with four knockdowns to his credit, is your new WBA, IBF, and WBO heavyweight titlist.

Let’s get into it.

The Future for Ruiz: According to promoter Eddie Hearn, Joshua has a rematch clause that would put Ruiz against Joshua again, immediately.

Win or lose, Ruiz just made himself a player for years, to come. Let’s consider here what happens if he wins, again.

Ruiz is advised by Al Haymon. So, if he clears obligations to Joshua, the PBC could find themselves controlling every major title in the heavyweight class.

If Ruiz keeps winning, and Deontay Wilder clears his scheduled rematches with Luis Ortiz and Tyson Fury, then a battle for all the marbles could be in the cards.

More than that, with his ‘looks can be deceiving’ aesthetic, a Ruiz who stays on a roll could be the rare fighter to move himself into the role of boxing folk hero. Not looking the part can go from distraction to asset and make Ruiz a surprising market place star.

The Future for Joshua:Joshua’s loss drew easy comparisons to setbacks suffered by Wladimir Klitschko and Lennox Lewis. They bounced back. Can he?

Joshua never seemed to recover from the third round knockdowns and it’s a hazard sign going forward.

Also, Joshua appeared to take several rounds recovering against Wladimir Klitschko; his recuperative powers might be more concerning than his whiskers.

One still shouldn’t question his heart; he got up four times Saturday and battled back to score knockouts when hurt against Dillian Whyte and Klitschko.

Unlike Wlad and Lewis, Joshua doesn’t have Emanuel Steward to help the rebuilding process.

He and his team have to figure out how to solve the speed and fluidity of Ruiz right now; they also need to address how Joshua seemed to be the man in lesser cardio shape.

Another loss won’t kill Joshua’s career; he’s got too strong a home market foundation in the UK for that. Another loss would render him just part of a pack of heavyweights outside the top of the class with his fates left in the hands of others.

Joshua’s future is all Ruiz, all the time, for now. Big money clashes with anyone else aren’t relevant unless and until he can address the problem at hand. It will be fascinating to see if he can.