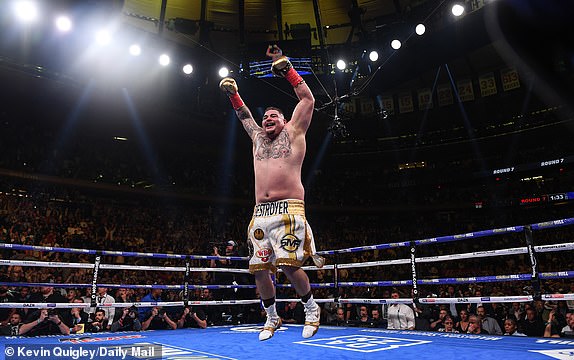 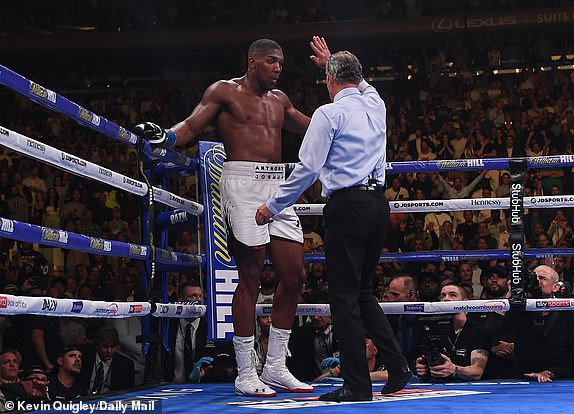 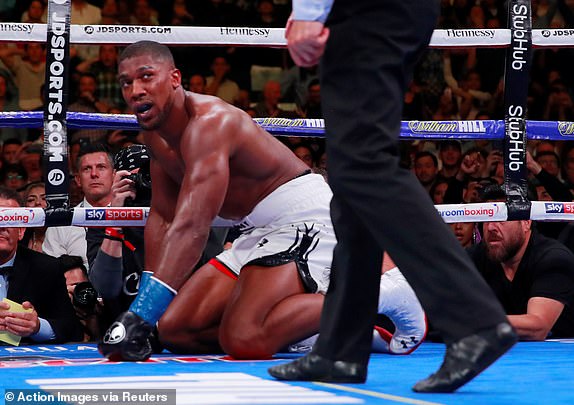 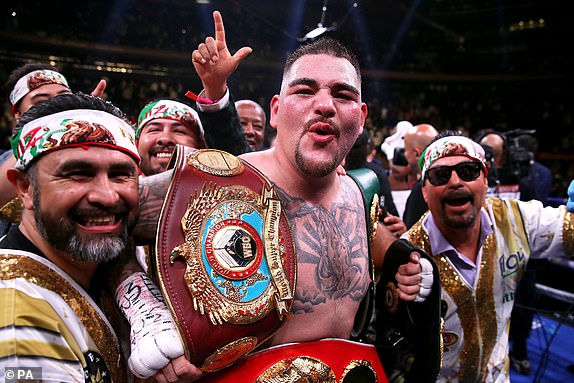 Anthony Joshua fell crumbling victim to one of the most astonishing upsets in heavyweight boxing history.

The Mexican who was supposed to be battered stripped Britain’s golden Olympian of his four world titles. Andy Ruiz Jnr became the first heavyweight from his country to win the world heavyweight title.

And he turned boxing’s past and future on its head.

That shock was almost as seismic as Mike Tyson’s defeat by Buster Douglas. Not quite as massive since Joshua has not achieved such greatness as Iron Mike but remarkable because it was delivered by a Mexican warrior we had foolishly under-rated because of his unathletic appearance.

And Tyson did not surrender the way Joshua did after one minute and 27 seconds of the seventh round.

Joshua, with however much of his self-belief is left, will enforce his rematch clause but there can be no certainty that the outcome will be any different. Even though that fight will be in London.

Whether he will ever fight his nemesis Deontay Wilder, let alone for the cherished undisputed championship, is hardly a question worth putting now.

As Wilder goes off to fight rematches with Luis Ortiz and more intriguingly against Tyson Fury, our AJ is left to pick over the ruins of this extraordinary night in the hallowed Madison Square Garden.

He had longed to fight in the Mecca, but not like this. Certainly not the way it ended. After being knocked down by the pugnacious Ruiz a fourth time he staggered to his corner, his back to his tormentor and the ring. When turned to face the loss of all he held most cherished he sagged against the post and removed his gum shield.

Referee Mike Griffin, who had been kind with the amount of time given for him to rise from the previous slumbers, had no option but to wave arms in front of him.

Yet it had all started more or less to script, even though Ruiz lived up to warnings that he could be a handful early on.

Come the third round Ruiz was dropped for the first time in his life. But he got up to flatten Joshua twice in that round and twice more in that fateful seventh.

So now there are two at the top of the mountain. Wilder and Fury, who had both warned of the risk that Joshua might well slip on this juicy banana skin.

True to his promise, Eddie Hearn came as close to selling out Madison Square Garden as made no difference. That was made possible by a trans-Atlantic pilgrimage by thousands of Joshua fans.

The promoter had been hoping for an invading force of 8,000 and it looked and sounded like more. We Brits have an infinite capacity for turning out in support of our sportsmen and women. As was overwhelmingly demonstrated in Madrid earlier this Saturday and will be again this summer for cricket and football world cups.

There was no way of knowing how many New Yorkers were in this famous room but that sharp accent was scarcely audible so it couldn’t have been that many. We did have a rousing rendition of New York, New York but it was Sweet Caroline which raised the roof.

If Joshua was going to make the statement asked of him to breach the US market, the message would have to be beamed out to the Americans by television, not dispensed over here by word of mouth.

From Madrid to Manhattan, British supporters were creating deafening atmospheres for a massive sporting Saturday. Ruiz made his entrance beneath a two-sided Mexican and American flag. His ambition to become Mexico’s first world heavyweight champion. 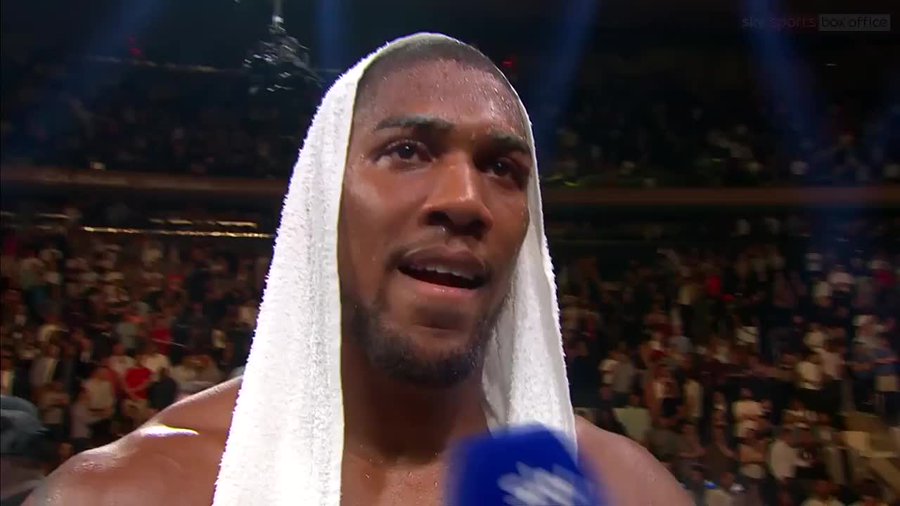 “It’s guts and glory, but this is all about the legacy and story.”

Can @AnthonyFJoshua bounce back from a stunning defeat in New York?

Joshua emerged in his familiar whites, robe and gleaming, toothy smile, soaking up his US debut among his own countrymen.

‘Oh Anthony Joshua,’ they chorused. His intention to remind Wilder who is the real world heavyweight champion. Michael Buffer got us Ready To Rumble.

Ruiz had vowed to go to war on the biggest night of his 29 years. He had declared himself willing to die in the attempt to give the boxing warrior nation of Mexico its first world heavyweight champion.

He looked like he had come straight from McDonalds. But the corpulence belied the hand speed and boxing skills and he might have edged the first round against a watchful Joshua.

Joshua, sometimes a slow starter, was given a wake up call at the start of the second by a crisp right to the jaw. He was repaid two-fold by a couple of stinging rights among Joshua’s left jabs.

A sensational third round saw both hit the canvas. Joshua opened up with wonderful combination of rights and lefts which put Ruiz down for the first time in his life. Back came Ruiz to bowl Joshua over with an onslaught crowned by a right. Another blitz from the under-rated Mexican dropped Joshua heavily again.

The champion was back in the land of fog to which he had been sent by Wladimir Klitschko. He barely survived to the bell.

Just like Klitschko at Wembley, Ruiz let Joshua escape. He took the fourth off and the shadow boxing ended in a nothing round. Joshua reasserted himself with a big right in the fifth and opened up again with a round-winning flourish.

With his head seeming to clear, Joshua went to work behind that long left jab. But Ruiz came bustling back again to rock him with lefts and rights. Both had slowed badly by now.

From his slough, Ruiz came barnstorming again, to terrible effect. Twice more he clubbed Joshua to the canvas.

The second time he lurched upwards he was out on his feet. Referee Griffin looked long and hard. Maybe he gave Joshua too much time but the champion walked blindly to his corner, took out his gum shield and sagged in acquiesce to the sensational upset.