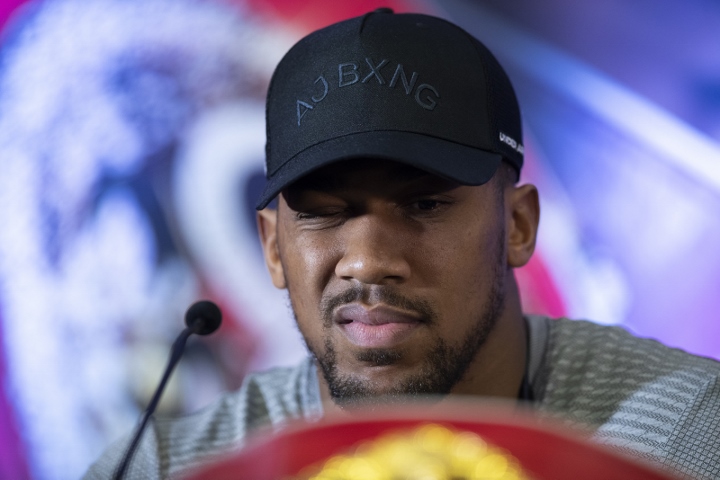 Lewis felt Joshua, and his promoter Eddie Hearn, dropped the ball when it came to making a unification deal with WBC heavyweight champion Deontay Wilder.

The comments by Lewis prompted Hearn to fire back with a verbal assault, as he referred to Lewis as a jealous “geezer.”

Lewis has also made it known, in several interviews, that he believes the unified champion is avoiding big fights with Tyson Fury and Wilder.

While Joshua has not personally seen the interviews, he’s been advised of Lewis’ comments by several parties.

“To be honest I don’t see them, but what I hear is that he doesn’t really have any positive stuff to say, if I’m honest. So with that being said, I think it reflects back to my comments about how I feel about when I leave the [sport],” Joshua told IFL TV.

“If I met him face to face it would probably be different, do you know what I mean?”

Joshua also rejected the idea that Lewis’ comments have been taken out of context.

“No because the thing is he’s been documented on camera saying it. But when you meet someone face to face they don’t have the same views they have when they were one-on-one in front of the camera,” Joshua said.

“That’s that being said, but as I said, my outlook on the heavyweight division is that when I’m done with the sport, all I want to do is say nice, positive things about other heavyweights that are breaking my records, doing better than me and taking their own route in boxing.

“I feel like he had his thing set out – that was good for him – I have my thing, that’s good for me. You just have to respect someone for doing it, not be envious, I don’t want to say jealous, he’s maybe not jealous but don’t have anything negative to say.

“That’s what I want to do when I finish, just pure positivity, respect that kid, he’s doing well. Whatever route he’s taking, I’m sure he’s got good people around him. If he needs my support I’m here – nothing more, nothing less.”