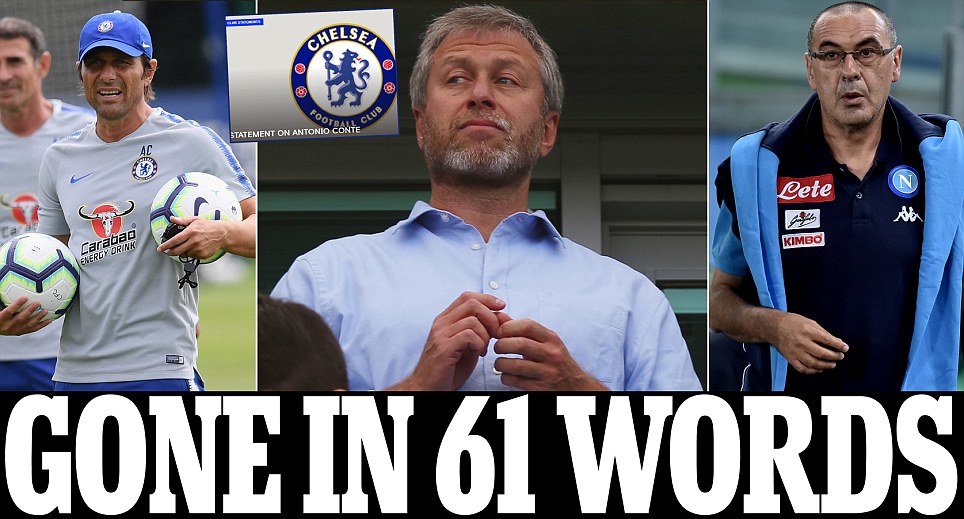 Chelsea finally confirmed the sacking of title-winning manager Antonio Conte but the Blues opted for just 61 words in their statement as they failed to thank Italian.

Maurizio Sarri is now clear to take over from Conte with just 28 days until the start of the new Premier League season.

The statement on the club’s website read: ‘During Antonio’s time at the club, we won our sixth league title and eighth FA Cup. 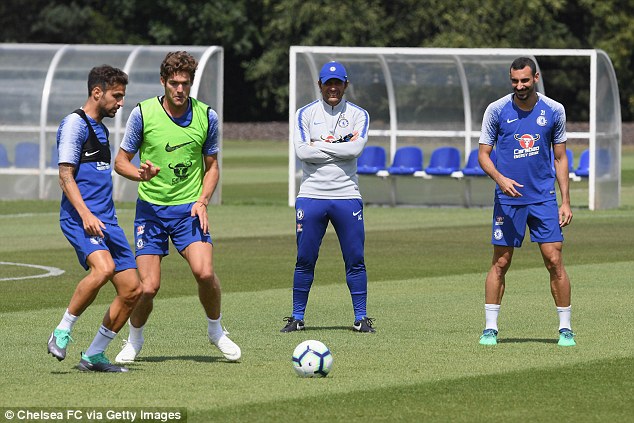 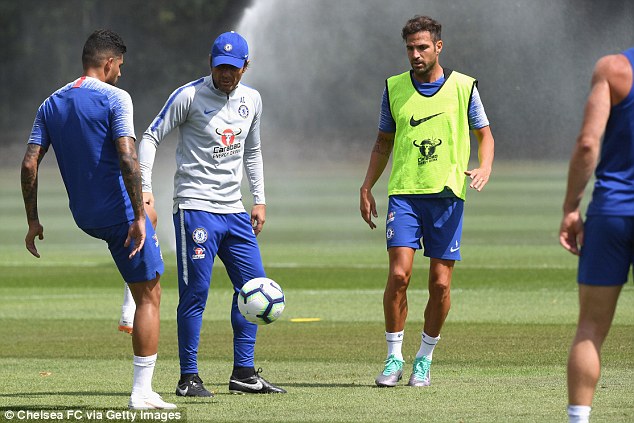 ‘In the title winning season, the club set a then-record 30 wins in a 38-game Premier League season, as well as a club-record 13 consecutive league victories.

‘We wish Antonio every success in his future career.’

Confusion dominated recent weeks as Conte, who was expected to leave the role after the FA Cup win, returned to take pre-season training at the start of the week.

But on Friday, Eddie Newton and former goalkeeper Carlo Cudicini took charge of the session as Sarri prepares to take the reins.

Chelsea eventually agreed a compensation package which could be worth up to £9million with Conte, who had one year left on his contract. 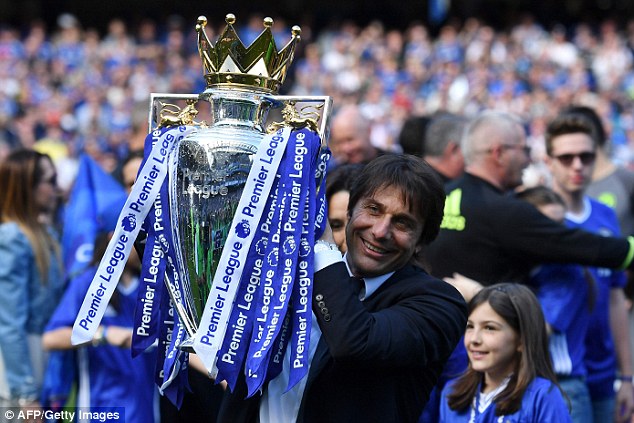 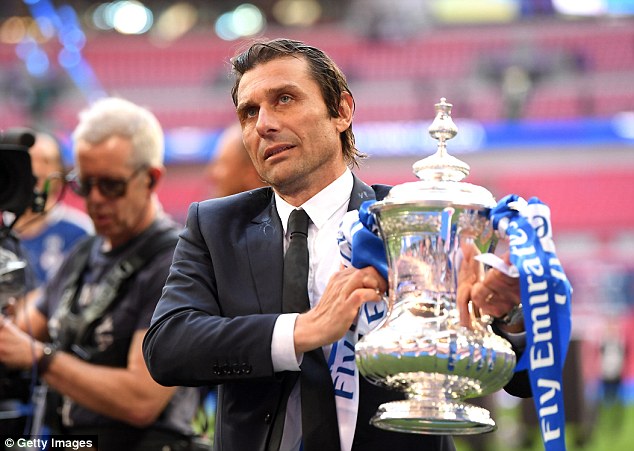 But 63 days after the FA Cup success over Manchester United, he has finally been sacked 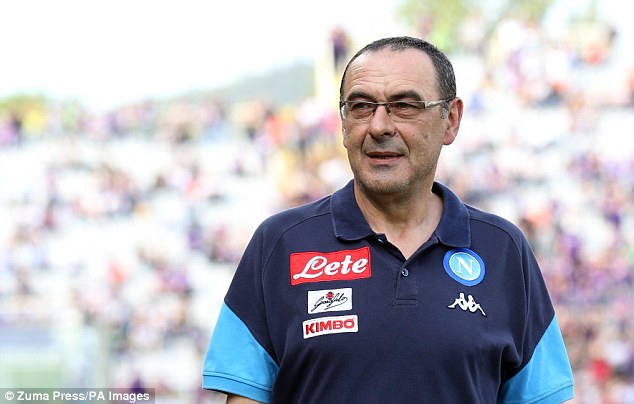 Owner Roman Abramovich had hoped Conte would land another role in a bid to avoid paying his contract compensation but the fiery Italian held firm and rejected the advances of interested clubs to see out his current deal.

The Blues are in the process of clearing out his backroom staff so former Napoli boss Sarri can start ahead of the first pre-season fixture in Australia a week on Monday. Gianfranco Zola will return to Chelsea on Sarri’s staff.

Conte’s position has been under scrutiny since the middle of last season when relations with the board became strained amid a feeble title defence.

The 48-year-old ostracised a number of big players in the dressing room, including Diego Costa before he was eventually sold to Atletico Madrid, and the discontent has seen stars refuse to commit their futures.

Thibaut Courtois and Eden Hazard have both been reluctant to commit to fresh deals with Conte still in charge until his departure was announced on Thursday.

HOW DID PREVIOUS MANAGERS FARE WITH CLUB SEND-OFF? All at Chelsea thank Jose for his immense contribution since he returned as manager in the summer of 2013.

His three league titles, FA Cup, Community Shield and three League Cup wins over two spells make him the most successful manager in our 110-year history.

But both Jose and the board agreed results have not been good enough this season and believe it is in the best interests of both parties to go our separate ways.

The club wishes to make clear Jose leaves us on good terms and will always remain a much-loved, respected and significant figure at Chelsea. His legacy at Stamford Bridge and in England has long been guaranteed and he will always be warmly welcomed back to Stamford Bridge.

The club’s focus is now on ensuring our talented squad reaches its potential. 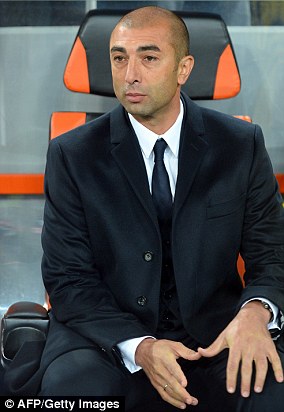 The team’s recent performances and results have not been good enough and the owner and the Board felt that a change was necessary now to keep the club moving in the right direction as we head into a vitally important part of the season.

The club faces a difficult task ahead in qualifying for the knockout stages of the Uefa Champions League as well as maintaining a strong challenge for the top of the Premier League while competing in three other cup competitions.

Our aim is to remain as competitive as possible and challenge strongly on all fronts.

The owner and the Board would like to thank Roberto for all he has done for the club since taking over in March.

Roberto helped guide us to an historic Champions League victory and a seventh FA Cup.

We will never forget the huge contribution he has made to this club’s history and he will always be welcome at Stamford Bridge.

The club will be making an announcement shortly regarding a new first team manager. 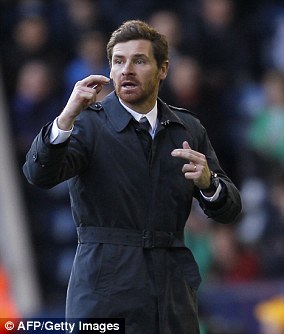 The board would like to record our gratitude for his work and express our disappointment that the relationship has ended so early.

Unfortunately the results and performances of the team have not been good enough and were showing no signs of improving at a key time in the season.

The club is still competing in the latter stages of the UEFA Champions League and the FA Cup, as well as challenging for a top-four spot in the Premier League, and we aim to remain as competitive as possible on all fronts.

With that in mind, we felt our only option was to make a change at this time.

With immediate effect, Roberto Di Matteo has been appointed first-team coach on an interim basis until the end of the season. 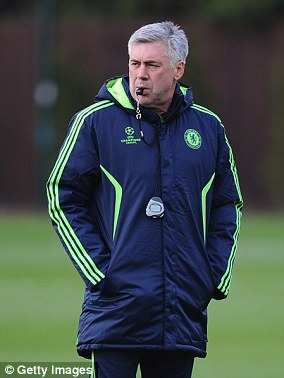 Carlo Ancelotti is ‘always welcome’ at Chelsea after winning the Double

The owner and board would like to thank Carlo for his contribution and achievements since taking over as manager in July 2009, which included winning the Double for the first time in the club’s history.

However, this season’s performances have fallen short of expectations and the club feels the time is right to make this change ahead of next season’s preparations.

Carlo will always be welcome at Stamford Bridge, where he will be given the reception and respect his position in our history deserves.

Chelsea’s long-term football objectives and ambitions remain unchanged and we will now be concentrating all our efforts on identifying a new manager. 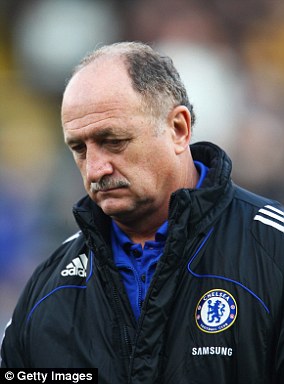 The Chelsea board would like to place on record our gratitude for his time as manager.

Felipe has brought many positives to the club since he joined and we all feel a sense of sadness that our relationship has ended so soon.

Unfortunately the results and performances of the team appeared to be deteriorating at a key time in the season.

In order to maintain a challenge for the trophies we are still competing for we felt the only option was to make the change now.

The search for a new manager has already started and we hope to have someone in place as soon as possible.

While that continues Assistant Coach Ray Wilkins will take charge of the team on a temporary basis.