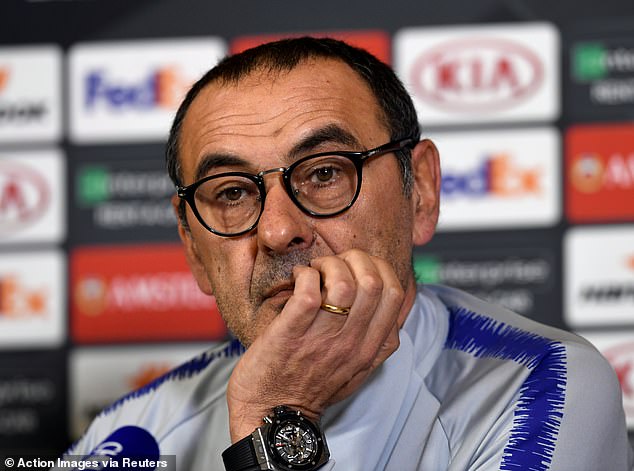 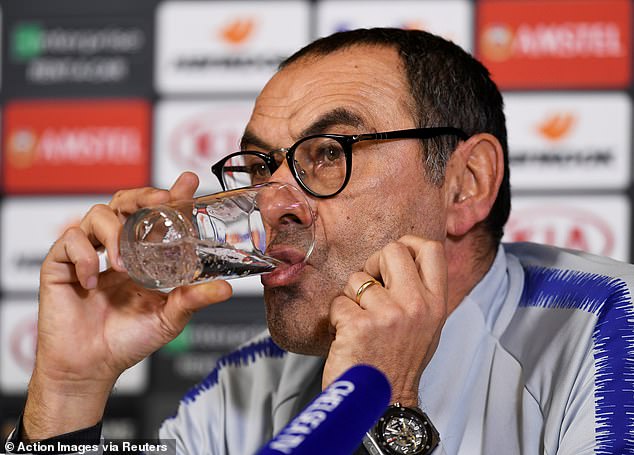 Chelsea manager Maurizio Sarri has defended his maligned tactical system and insists he has not held any talks with the club’s owner Roman Abramovich or senior director Marina Granovskaia as speculations grows that he is on the brink of being sacked by the club.

Chelsea have suffered humiliating defeats at Bournemouth, Arsenal and Manchester City of late, while they have also been beaten by Manchester United in the FA Cup.

Ahead of the Europa League return leg against Malmo on Thursday evening, Sarri said he had not been contacted by the club’s most senior personnel amid speculation that Chelsea may look to Zinedine Zidane, Laurent Blanc or Frank Lampard to replace the Italian: ‘No, not in this week.’

Sarri added: ‘I have to think that I will be the manager of Chelsea for a long time, otherwise I cannot work. I am not sure (it will work), but I have to think this. I have to work, and I want to work with a long-term target.’

Chelsea supporters made their frustrations with Sarri-ball clear on Monday night at Stamford Bridge and when the manager replaced Cesar Azpilicueta with right-back Davide Zappacosta as Chelsea trailed 2-0 against Manchester United. 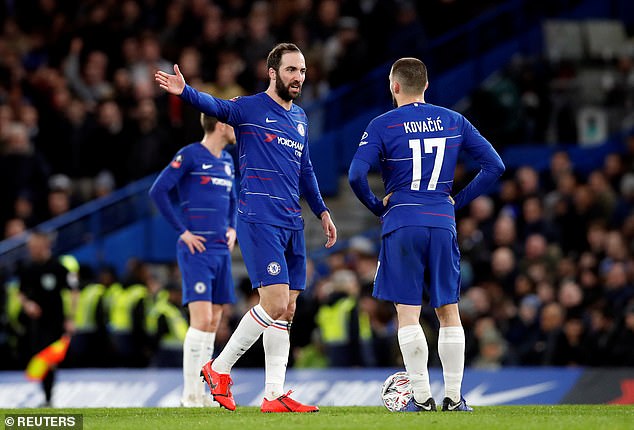 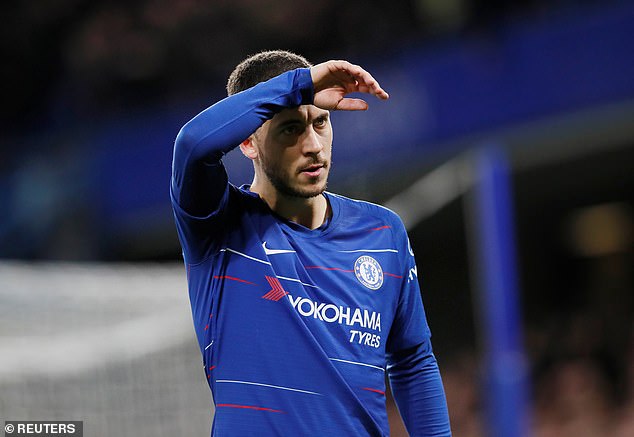 ‘As I said in the last press conference it’s very easy: we need to win three or four matches in a row. It’s the only solution.

‘But there isn’t another way. We have only to have good performances and good results.

‘But I think the problem is the performance and the result against City. For that match, they [the fans] are right. Because we played very badly, very badly without mentality, without soul. 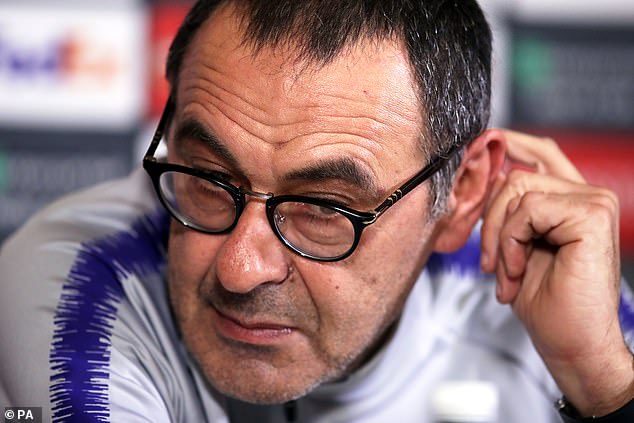 ‘I don’t agree for the last match [United] because we played a good match, especially in the first half. In the second half it was really very difficult for us because they are a physical team defending low and compact, so not easy.

Asked if the Spaniard will recover, Sarri said: ‘I hope so. I’m not sure at the moment, of course, but I hope so.’