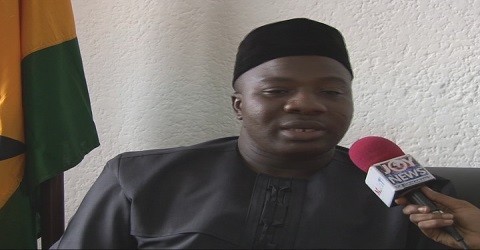 Ghana’s sports minister Mahama Ayariga has steered clear of the allegation that he masterminded the sacking of Kwesi Appiah as the Black Stars coach insisting the football federation took the decision.

Appiah, who led Ghana to the World Cup, was fired last week with the GFA claiming that his reluctance to accept to work with a technical advisor caused his dismissal.

But many have blamed the sports minister for the sacking of the former Ghana international after he had earlier called for the beefing up of the technical team.

His subsequent support of the decision to fire the coach sharply brought his thoughts into focus for many people who accused Ayariga of putting pressure on the GFA to sack Appiah.

But Ayariga says he had no hand in the decision taken by the executive committee of the GFA.

“The GFA informed me after the World Cup that, they had two things in mind concerning the technical direction of the Black Stars,” Ayariga said.

“Their plan was to either get a technical adviser for Kwesi Appiah or replace him and they wanted my thought on the subject, however, I told them to deal with the matter themselves, because they have the mandate to do so.

“The GFA as a practice always inform me about decisions they take, but with regards to the sacking of Kwesi Appiah, I am yet to be informed officially.”

Appiah was fired just 48 hours after leading the Black Stars to defeat Togo in Lome.