“The first thing he thinks about is Wales, then golf and after that, Real Madrid.”

Gareth Bale has been criticised in Spain for prioritising playing for Wales – and finding time for a quick 18 holes – over turning out for his club Real Madrid, and the forward certainly enjoyed himself after helping his country to the finals of Euro 2020.

Bale set up Aaron Ramsey’s opener against Hungary and excelled throughout as Wales reached their third major tournament.

The 30-year-old has not played for Real since 5 October and his return to international duty was dubbed by the Spanish media as the ‘Miracle in Wales’ this week.

Wales fans have turned the mantra ‘Wales. Golf. Madrid’ into a chant, with Bale himself admitting he found the song amusing.

And after securing qualification Bale was front and central as the squad paraded a banner echoing that sentiment.

And it hasn’t gone down so well in Spain …

Some early Madrid reaction to Bale’s banner – completely out of hand, finished at Madrid, inexcusable, should never wear the shirt again – and there will be more… 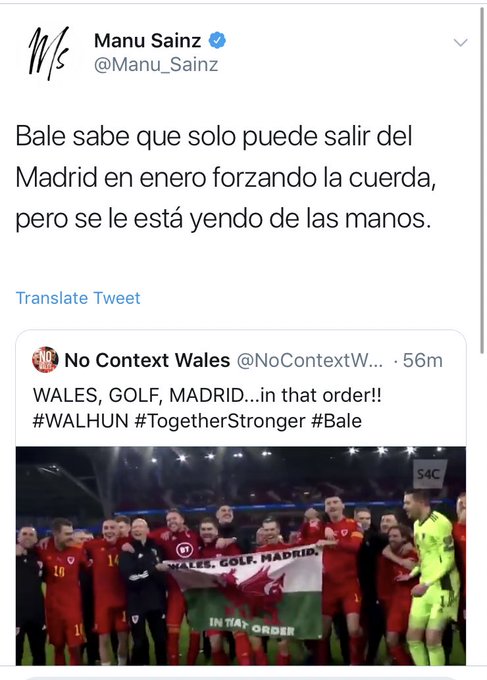 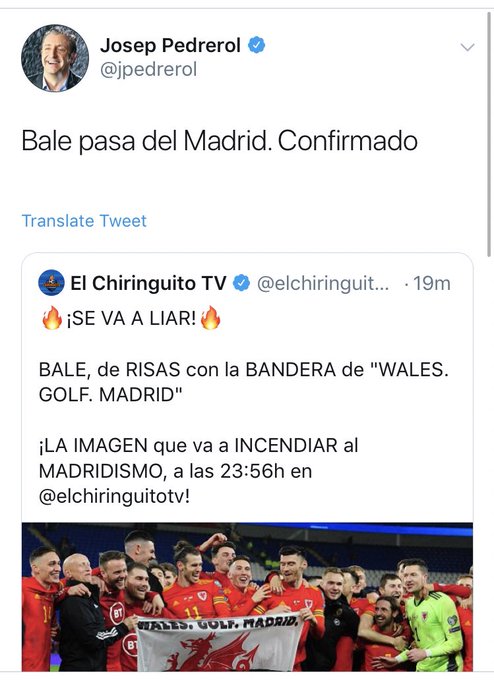 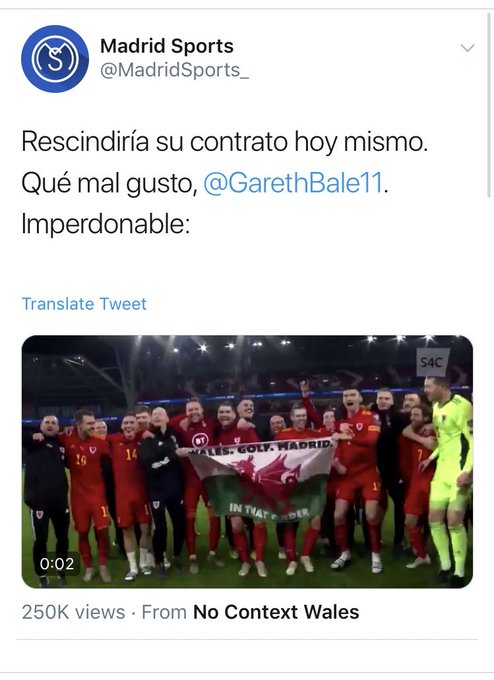 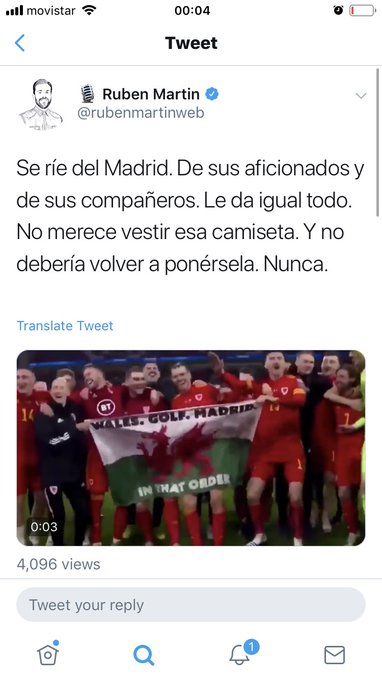 When asked about the sarcasm aimed at him in Spain as he previewed the game, Bale said: “I’ve heard some stories but I don’t really take notice.

“My friends tend to send me some funny pictures or whatever they write.

“I find it hilarious to be honest, especially some of the pictures and stuff my friends send me. On one, it said ‘triple bogey’ and I’ve never had a triple bogey! At least give me an albatross! It’s funny.

“Maybe to them [the Spanish media] it doesn’t look great but it’s just a kind of coincidence that the national team comes around this week and I’ve returned to full training.

“If I’m fit, no matter where I am, I’m going to try to play, whether it be for Wales or Madrid. For me it was a no-brainer: if I’m fit to play then I’ll give it my all.”