DRUGS cheat Maria Sharapova is staying in tip-top condition ahead of her comeback if these latest snaps are anything to go by.

The tennis ace is serving a suspension until April 25 after being handed a 15-month ban by the International Tennis Federation in June.

And Sharapova clearly can’t wait to get going again as she showed off her slim figure in a black bikini on the idyllic Hawaiian island of Lanai.

The 29-year-old couldn’t stop smiling as she saw in the New Year with a group of friends and will be hoping to remain as spirited when she finally does return to the court.

Fans have been treated to regular updates on her Instagram page throughout the week, with Sharapova posting a picture of herself getting her hair done with the caption: “Because why not?”

However, the party is now over for the Russian after she jetted to New York City for work.

Sharapova is expected to be back in action at the French Open later this year, which will make it over a year since her last professional appearance at the Australian Open in March 2016. 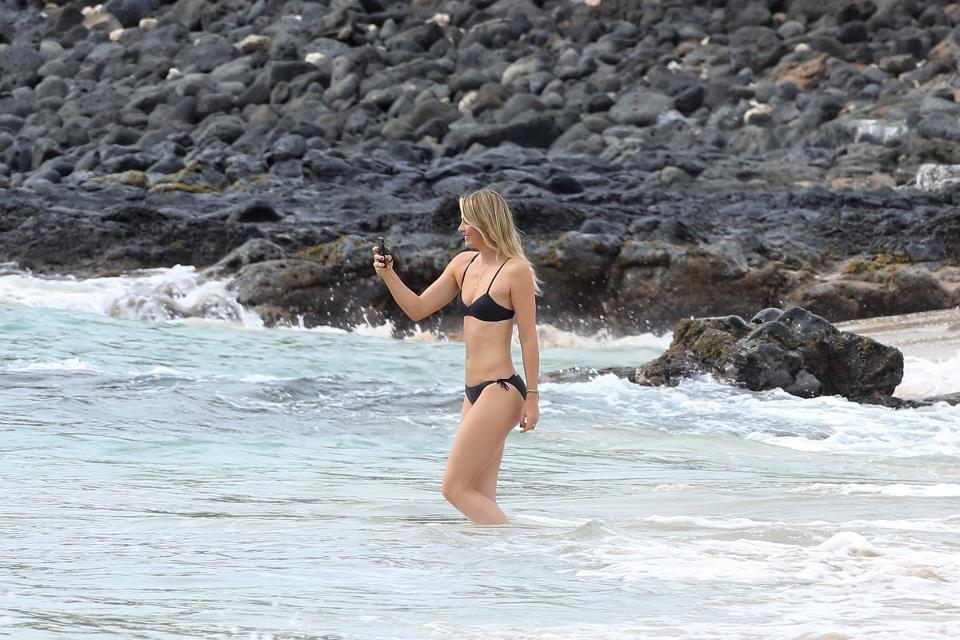 Sharapova tested positive for heart disease drug meldonium after the competition but claimed she was unaware it had been added to the World Anti-Doping Agency.

But the popular athlete will now be looking to put all that in the past as she gears up for her highly-anticipated comeback, although she’ll be hoping for better luck after losing to Monica Puig in an exhibition match last month.