Once upon a time, most figured the only reason a 41-year old version of Zab Judah would be in upstate New York during this time of year would be to accept enshrinement into the International Boxing Hall of Fame.

Instead, it’s where his career has come to a frightening end after a pointless club fight just one exit away.

The bout topped an annual show which takes place as part of the Hall of Fame weekend, but ended in tragedy as less focus is on Sunday’s induction ceremony as is placed on the well-being of the fallen boxer. 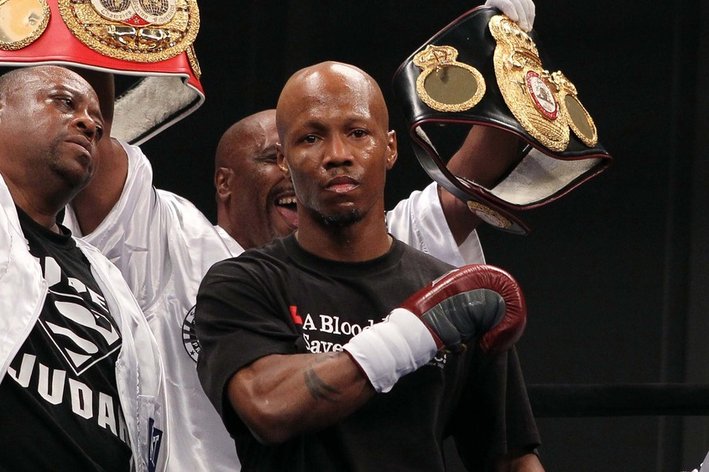 Judah — who claimed a 140-pound title and the World welterweight championship during his 23-year career — was hopelessly outgunned by an opponent nine years his junior, taking place at the same weight where he first began his career.

Seldin — a fringe contender from the Huntington section of Long Island, New York — overpowered the faded southpaw every step of the way, badly rocking Judah in round 10 before forcing a stoppage one round later.

Ever the fighter, Judah vehemently protested the stoppage ruling by referee Charlie Fitch, who absolutely made the right call on the spot as a knockout seemed imminent.

Few knew at the time it would actually save Judah’s life.

The veteran boxer felt faint after the fight, initially checking into a nearby hospital for precautionary measure.

False reports indicated that Judah had fallen into a coma, as his family confirmed he remains hospitalized but in good spirits in hopes of recovering and being released in the near future.

However, his advanced age and the severe punishment he withstood on Friday are red flags to signal the overdue end to a career that shouldn’t have reached this point.

Judah (44-10, 30KOs) was one of the most celebrated amateur boxers to come out of New York, though falling just short of his Olympic dream in suffering a loss to eventual U.S. Olympian David Diaz in the 1996 Box-Offs.

His amateur career record with an astounding 110-5 record, turning pro later that year with a style billed as “Pernell Whitaker with punching power.”

It never quite reached that full potential, although the Brooklyn native managed to enjoy four title reigns over the course of his career.

The pinnacle came in a Feb. 2005 rematch with Cory Spinks, against whom he dropped a competitive decision 10 months, prior.

He came up huge in the rematch, traveling to Spinks’ hometown where he tore through the defending champ in nine rounds to claim the undisputed welterweight championship.

The win was vindication for his failed efforts at achieving similar honours one division north, his own title reign ending in a 2nd round knockout loss to Kostya Tszyu in their Nov. 2001 undisputed 140-pound championship.

Judah’s welterweight championship reign ended with an upset loss to Carlos Baldomir in Jan. 2006, although a technicality allowed him to retain one alphabet title.

He would relinquish that strap just three months later in a 12-round defeat to Floyd Mayweather Jr.

A knockout loss to Amir Khan one fight later ended his reign, also marking the last time ever he’d enter the ring as a defending titlist although he’d get one more swing at the crown in a surprisingly competitive April 2013 loss to Danny Garcia.

Following a 12-round defeat to fellow Brooklyn native Paul Malignaggi later that year, it was believed that Judah was done with the sport.

Financial issues — mainly, child support payment — forced an unfortunate comeback in 2017, fighting just once per year since then and entering Friday’s fight having been out of the ring for 17 months.

He showed up at Thursday’s weigh-in at an incredibly light 138.25 pounds, slightly lighter than his weight 19 years prior in his first career title win.

The Long Island-bred contender tested positive in May 2017 for accelerated levels of testosterone, but has since been enrolled in the World Boxing Council’s Clean Boxing Program and has passed numerous tests in the aftermath.

The 32-year old remains humbled by the opportunity to fight Judah.

“It was an honour fighting a living legend,” Seldin said after the fight, shortly before posing for pictures with Judah in the hotel lobby to further indicate the suddenness of the boxer’s hospitalization.

“Thank you Zab Judah for giving me the fight of my life.”

It is now the defeated former champ is forced to enter the fight of his life — restoring and maintaining his good health and finding new ways to contribute to a sport where he no longer needs to be a participant.