Bayern to decide what happens on pitch – Neuer

And then, there’s Manuel Neuer, taking up an entire section of the room with his deadpan semi-smile and Die Hard henchman frame, six feet and three inches of self-assured, rock-ribbed impassivity that look like they should be perched on a pedestal.

Last night’s upheaval – the captain Philipp Lahm’s surprising announcement of his retirement at the end of the season and of his decision to turn down the offer of a sporting director role at the Bundesliga champions within minutes of a laboured 1-0 win in the DFB Pokal over Wolfsburg on Tuesday – has left Neuer completely unfazed.

“I would have enjoyed playing alongside him a bit longer,” he says.

“I respect his decision.”

Unlike the two vexed club bosses Karl-Heinz Rummenigge and Uli Hoeness, the 30-year-old had been tipped off in advance by his team-mate, as one of only two Bayern players – Thomas Müller was the other confidant – but that is not the real reason Neuer appears calm to the point of seeming uninterested.

He is always like that, supremely impervious to what is happening around him, whether that is hardcore Bayern fans staging a protest against him – they did not like his teenage past as a Schalke 04 ultra when he arrived in 2011 – or plenty of behind-the-scenes tension concerning power struggles in the boardroom and the team’s many unconvincing performances under Carlo Ancelotti, thus far.

That’s not to say he will not address the problems at hand, however.

A few days before the first leg of the Bavarian club’s habitual meeting with Arsenal in the Champions League – they face each other at the Allianz Arena on Wednesday – it would have been easy to dismiss complaints about a drop in performance levels since Pep Guardiola’s departure with a bored shrug and sharpish reference to the Bundesliga table, which presents Bayern top, with one defeat and a seven-point lead over RB Leipzig after Bayern won 2-0 at Ingolstadt while their rivals fell at home to Hamburg on Saturday.

Neuer is too honest and too ambitious for that, however.

“We know that we haven’t quite arrived at the point we want to be at,” he says.

“Opponents in the league have become a bit more confident against us right now; they sense that they might get something from the game.

“We have to really put a stop to that, and show that we’ll decide what happens on the pitch at all times.”

Is everyone perhaps a little too relaxed with the affable, unhurried Ancelotti in charge? Neuer shakes his head.

“I don’t think so. We know what it’s all about, we want to win trophies.

“The new coaching team haven’t come here and said: ‘Let’s all chill a bit and then we’ll see what happens’. That’s not the case. They are as eager to succeed as we are. Anybody who thinks they can take it easy here is in the wrong job.”

They have a saying in Germany: a good horse won’t jump higher than it has to. Bayern have long been known as masters of such minimal effort, but after the relentless drive towards excellence and total control that defined the Guardiola era, the regression towards a more ponderous, ordinary state this season has come as a bit of a shock.

Neuer believes that the difficulties are “a matter of details, for example keeping the right distance between players and parts of the team” rather than the result of more fundamental issues.

“It’s not about trying harder, or running more. If the positioning and organisation are right, you have to run a lot less.”

Still, there is a worry, openly discussed by dressing room leaders, that Bayern may not be able to move up a gear or two in time for the crunch matches in Europe.

For the first time in five years, they have not won their Champions League group.

A run of indifferent performances since the winter break has not allayed doubts, either.

“When the floodlights are on, concentration levels are a bit higher, but you mustn’t assume that you’ll automatically do better,” Neuer warns.

“We know from experience that anything can happen in games against strong opponents, nuances can make the difference.

Bayern have always come out on top over two games against Arsenal in previous meetings but these have frequently been edgy affairs. For Neuer, familiarity has bred content, in terms of amassed scouting data:

“I consider that part of my job as a pro, to know who you’re up against and how the attacking players play, what kind of characteristics they have, their qualities, how they move, their preferred foot. 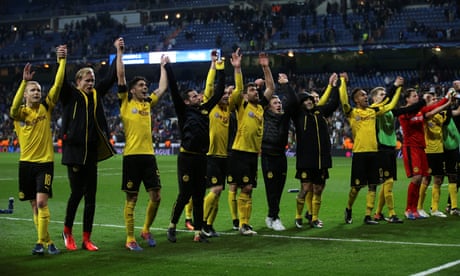 Arsène Wenger, in turn, will have noticed that Bayern’s less precise passing game and occasional lack of cohesion are not the only things that have changed: Ancelotti has put Neuer back in his box. Interventions by the “sweeper-keeper” interventions outside his area have become rarer now that his team keep a much deeper, more orthodox line.

“We’re closer to our own goal, I don’t have to rush out as often, I need to use my hands more now,” says Neuer. “But I don’t mind. As a goalkeeper, you like to be called upon.”

Fourteen clean sheets in 29 games – with Saturday’s at Ingolstadt his 100th in 181 Bundesliga games for Bayern – would suggest he has indeed been answering the call with typical diligence.

His team might be a slightly diminished force, this season, but the icily dispassionate Manuel Neuer certainly is not.