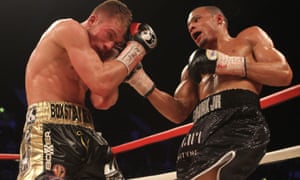 Blackwell had retired from competitive boxing after recovering from being put into an induced coma following March’s fight against Chris Eubank Jnr, where he collapsed shortly after being stopped.

The 26-year-old from Trowbridge was found to have suffered a bleed on the skull following that fight, but woke without requiring an operation and made encouraging progress. 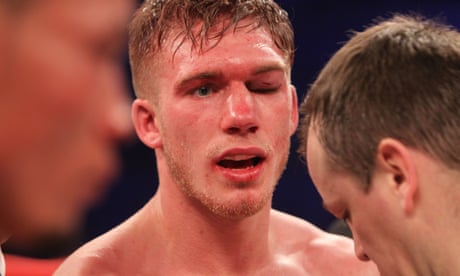 Although Blackwell had his boxer’s licence removed by the British Boxing Board of Control (BBBofC) after his ordeal, he retained a trainer’s licence.

The BBBofC general secretary, Robert Smith, confirmed on Saturday evening that Blackwell was in hospital. “We are investigating this matter and it will be fully looked into, but it is very early days,” he told the Daily Telegraph.

“We understand that Blackwell was sparring some time this week and he has undergone a procedure. We don’t know exactly what the procedure was yet. We have spoken to a number of people about this and we will be putting the full facts together.”

Smith added: “What we understand is that Nick Blackwell sparred, he was taken ill and taken to hospital where he is in a stable condition. He no longer has a boxer’s licence, but he does have a trainer’s licence, which is a completely different thing. He should not have been boxing.”

In April, Blackwell revealed he was resigned to retirement, saying he “cannot put my friends and family through that again”.

Blackwell won the vacant British title by stopping the promising John Ryder in 2015, and twice successfully defended it before defeat by Eubank Jnr.

In announcing his decision to quit fighting, Blackwell wrote on Twitter: “No, that’s me done. I can’t put my friends and family and self through that again but I’ll still be involved (in the sport).”