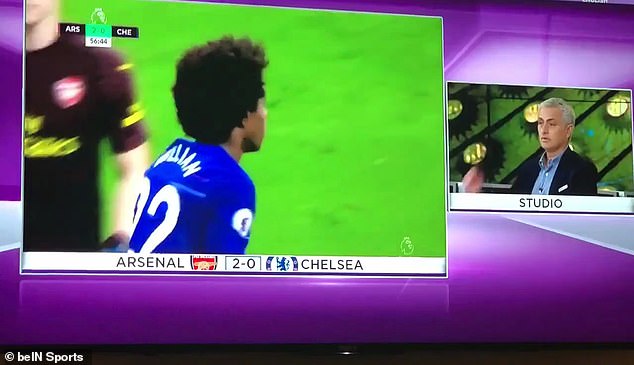 The Portuguese highlighted the support Guardiola and Klopp have received in the transfer market since taking over at Manchester City and Liverpool respectively.

Mourinho appeared to struggle to secure his intended transfer targets in the summer at Old Trafford, but Guardiola and Klopp have not had that problem. 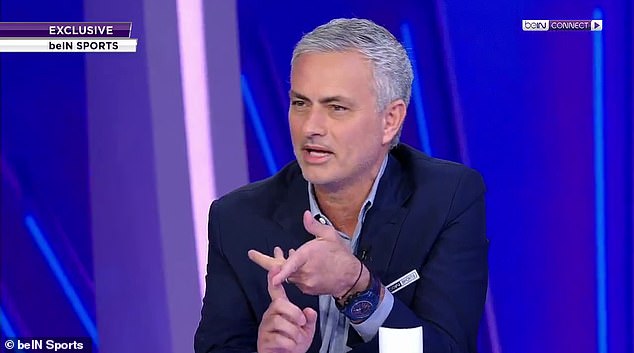 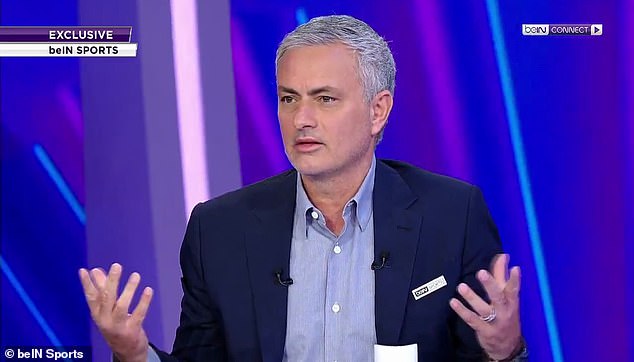 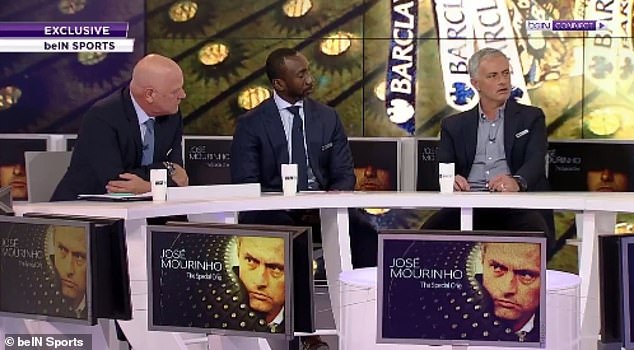 ‘For me it is more complicated as a manager as I don’t focus on the football itself, I have to focus also in what is to prepare the future,’ Mourinho said during his punditry stint on beIN Sports — his insight so fascinating that the broadcaster even split-screened the match to take in more of the 55-year-old’s comments during the action.

‘But you have the case of Manchester City. In the first season, Guardiola was not a champion, it was really difficult and people were expecting a winning Manchester City.

‘They were coming already from winning period, champions with (Roberto) Mancini and (Manuel) Pellegrini. Some of the players were already champions twice, (Sergio) Aguero and (Vincent) Kompany, and in the first to the second season Pep made great decisions, but great decisions that were supported.

‘In Liverpool, I think how many players were in Liverpool before Jurgen arrived? No Alisson (Becker), no (Virgil) Van Dijk, no (Andrew) Robertson, no (Mohamed) Salah, no (Roberto) Firmino, no (Sadio) Mane, no Fabinho, no (Georginio) Wijnaldum, no (Naby) Keita, so this is work in depth.

‘So when I speak about leadership related to the structure of the club, it is not just leadership, it is everything, even the football ideas. 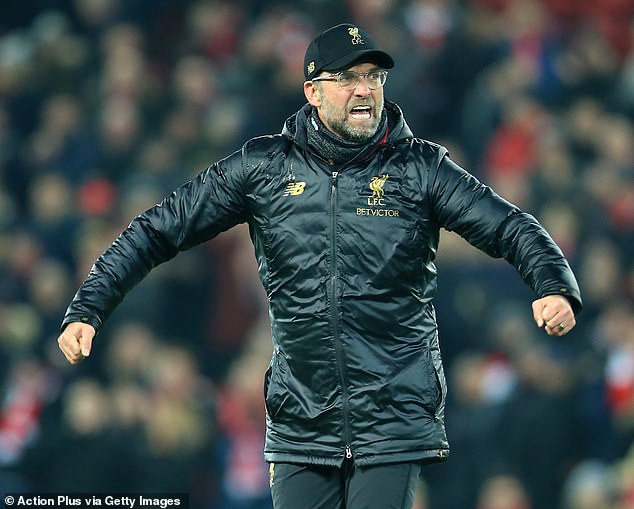 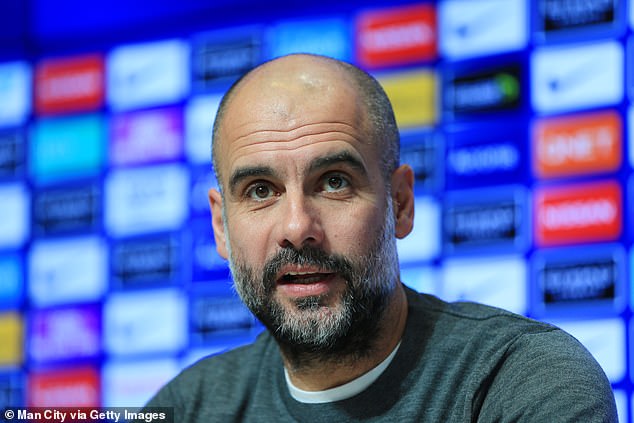 ‘If you are manager (and) you have in your hands the possibility to choose the players you want to follow your football idea, or to follow the idea that you think is the best to win a certain competition, that is one thing. Another thing is if you are (not) able to do this.’

Mourinho also believes the mentality of players is changing.

‘I had recently one of my players, I was just coaching them, and when I coach on the pitch I like to see myself free because I am in family and I want to be able to criticise everyone,’ he added.

‘He was one of the top players of his generation. Nowadays you have to be very smart in the way you read your players and their personalities.’ 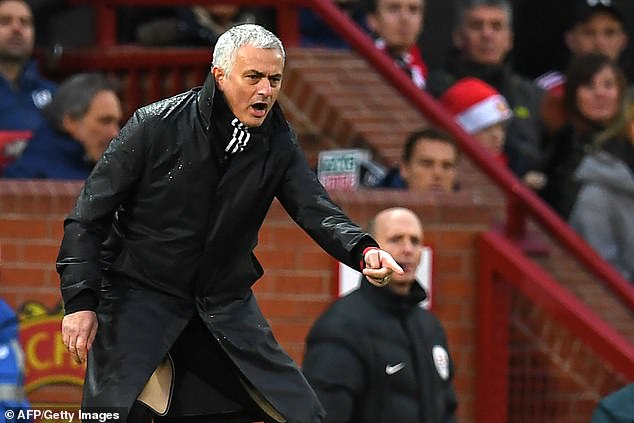 ‘But I know me, and I know by the end of March I will be struggling with my happiness.

‘I will analyse things. I refuse already three options because I didn’t feel it is what I want. I am going to be calm. The more time I have, the better I can prepare. The next must be something that makes me happy with a challenge.’