Birmingham are facing a battle to avoid relegation after being docked nine points for a breach of the Football League’s profitability and sustainability rules.

The cost of hiring and firing the managers Gianfranco Zola and Harry Redknapp allied to a series of expensive signings has caught up with the club and is now imprinted on a hastily amended Championship table. 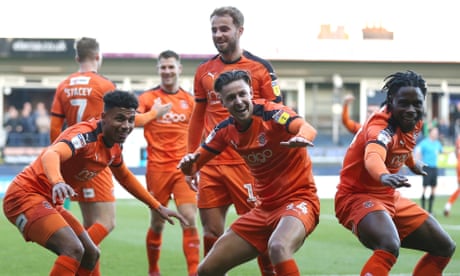 Birmingham’s punishment sees Garry Monk’s side drop five places to 18th, leaving them five points clear of the bottom three with eight games remaining. They have lost their past four matches and narrowly avoided relegation in the past two seasons.

Although there is the possibility of an appeal within 14 days Birmingham may decide to accept the sanction and fight to stay out of League One rather than potentially see the league arbitration panel dismiss their case, thereby dictating they would start next season on minus points.

Losses in excess of £13m per year over a three-year period are vetoed under EFL regulations and an independent disciplinary commission chaired by Charles Flint QC decided Birmingham had become the first club to fall foul of rules introduced at the start of the 2016-17 season. They recorded total losses of £48.8m from 2015-16 to 2017-18, nearly £10m more than the £39m limit.

It is the heaviest League points deduction since Leeds were stripped of 15 points in 2007 for breaking insolvency regulations.

Despite the commission convening on Monday, the decision was published only on Friday. If it has hardly been welcomed at St Andrew’s, where the hope was that only six points would be lost, the pain is tempered by a consensus that the punishment could have been harsher, possibly up to 12 points.

On Friday morning the chief executive, Xuandong Ren, wrote to all staff attempting to allay fears over their futures. It is a source of relief that Monk has escaped a future transfer embargo.

In January Birmingham posted a £37.5m loss in the 12 months to the end of June 2018, largely a result of their wage bill rising from £22m to almost £38m after an extensive, board-approved recruitment drive in the summer of 2017 when Redknapp signed nine players and acquired a further five on loan for a total cost of £23.75m.

Last summer Birmingham – owned by the Hong Kong-based holding company Trillion Trophy Asia – were placed under a transfer embargo, which was lifted before Championship clubs were warned at a meeting in September of possible penalties – potentially the forfeiture of up to 21 points– for breaches of spending regulations.

“Decisions by the owners and the board of directors were taken with the club’s best interests at heart and a determination to halt a cycle of decline and stagnation, with the intention of pushing on to fulfil ours and our fans’ ambitions,” Birmingham said in a statement.

“This season we have taken significant strides forward on and off the pitch and the owners’ commitment and intention to drive continued improvement of the club’s fortunes will not diminish.

“Under manager Garry Monk, we have a very tight-knit squad who have performed with a sense of belonging, pride and passion. We have no doubt that will continue right to the season’s end.”

Birmingham were relieved the commission ruled that the £2m signing of the Danish left-back Kristian Pedersen from Union Berlin when they were under a player registration embargo in June 2018 should “not be treated as an aggravating factor” that could have incurred an increased sanction.

The EFL was “exceptionally disappointed” at Birmingham’s conduct over the Pedersen signing.