DIEGO COSTA is ready to call a truce with Chelsea and stay until the end of the season.

But the unsettled striker has told pals he will not sign a new deal.

Costa is under contract until 2019 and Chelsea have already offered a big pay rise on his £150,000-a-week wages in return for a long-term commitment.

But the lure of £30million a year from Chinese Super League club Tianjin Quanjian plus a bust-up with a Blues fitness coach has convinced Costa his future lies elsewhere.

Boss Antonio Conte will hold talks with his sulking star later this week to try to put last week’s flashpoint behind them but even if successful, it will only delay his inevitable departure in the summer.

Spain striker Costa was dropped from the squad which won 3-0 at Leicester on Saturday as punishment for his training-ground row.

He was also sent home to train alone. Costa, 28, was back at the training ground yesterday on his own while team-mates enjoyed two days off.

Leicester 0-3 Chelsea : Leicester’s slump continues as The Blues push on

He was also having treatment for a back problem which Conte claimed ruled him out of the Foxes match.

The striker is expected to be fit and available for the next match — at home to struggling Hull this Sunday. 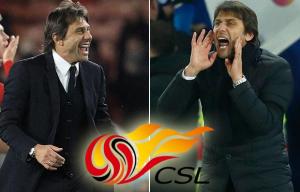 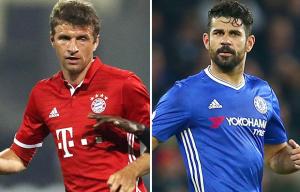 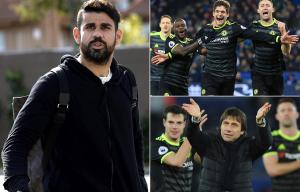 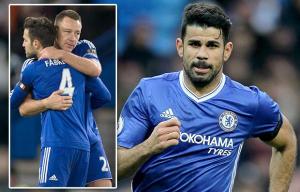 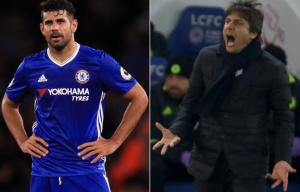 I TELL THE TRUTH

However, the Blues are braced for a formal offer for their leading scorer this week, although they insist he will not leave during this current transfer window.

Conte said: “I understand about the money but I don’t think these offers are a threat to our league.

“The Premier League is the first in the world because of a lot of positive things. Money is not all.”