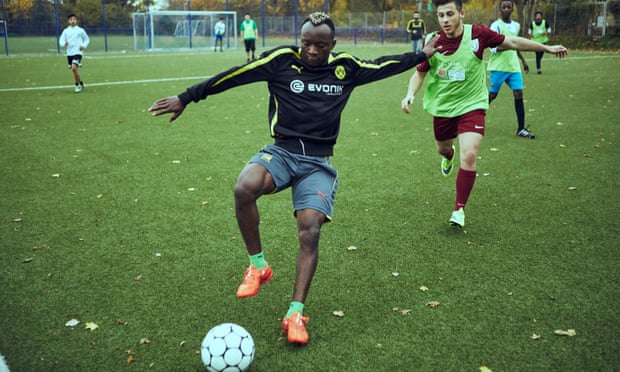 In the shadow of the towering stands of Borussia Dortmund’s Westfalenstadion just up the road, 16 refugees from around the world are engaged in a frenetic game of football. After a particularly heavy challenge, Shamil Ilqasim, a 19-year-old Yazidi from northern Iraq, limps to the sideline with a beaming smile across his face. “I’ve just hurt my leg but I’ll be back on soon, don’t worry,” Shamil, who is wearing a Dortmund shirt and shorts combined with Hertha Berlin socks, assures me.

He is part of the Welcome to Football initiative that was instigated by the German Football League (DFL) in September 2015 and has led to 24 of the country’s professional clubs running similar schemes to this one. In conjunction with the local amateur side TSC Eintracht Dortmund and with funding from the DFL and the German Children and Youth Foundation, the Bundesliga club’s BVB Foundation has helped to create a project that is now in its third year and allows a group of refugees aged between 18 and 20 to attend a weekly training session at TSC’s stadium, where they also receive a free meal beforehand and a German lesson afterwards. 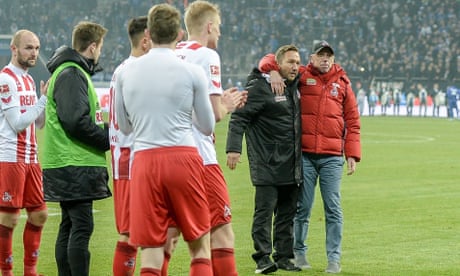 “It’s really enjoyable,” says Shamil. “We play every week, we eat here and we have everything provided. I’m here with my family but it is more important for those who don’t have any family. It makes us forget some of our problems.

“I used to play football in Iraq but in 2014 Isis came to my country and it was very hard because my best friend … Kalashnikov,” he adds, his voice trailing away. “It was very difficult for me. I still remember my friend but I feel like Germany is my home now. When I arrived here, because I didn’t speak any of the language it was hard. But now things are getting better.”

Students from refugee communities attending local schools are rewarded for good behaviour with a year-long place on the course, with organisers also helping to find them jobs and university places afterwards. As well as providing coaching and equipment, Dortmund continue to give away free tickets for their matches after famously inviting 220 refugees to a match in 2015, a number that was reported to have outstripped the total number of Syrians given asylum by the UK in the 18 previous months.

“Three years ago, many refugees arrived in the city and we wanted to support them and the volunteers,” explains Thomas Klein, from Borussia Dortmund’s corporate social responsibility department. “But as well as giving away tickets, we wanted to support something sustainable and were very glad when we heard about the idea from the DFL. It allowed us to create possibilities for the refugees to integrate into German culture and the community. We are very glad when a refugee comes to us and says, ‘Sorry I can’t come to training any more because I have a job’. That’s a great situation. We want to help the people who want to stay in Germany and integrate.”

After the launch of the campaign in 2015, several other Bundesliga sides have implemented similar initiatives, including Werder Bremen’s “Stay on the Ball” project and Bayer Leverkusen’s “Bayer 04 does school” – where the focus is on helping refugee children take steps to join a local club. Around 65 training sessions involving around 800 refugees aged between four and 30 take place in Germany every week, with as many as 600 having gone on to play in local amateur leagues. 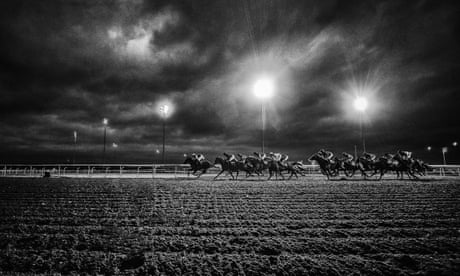 Wolfgang Euteneuer, a former professional for VfL Bochum who now runs the Welcome to Dortmund charity that provides support to refugees in the city, believes the support of professional clubs has been hugely beneficial.

“In one case, BVB helped a young boy who was being sent back to Kosovo,” he recalls. “In his appeal, they wrote that he is always here playing football and learning German. When we went to his hearing in Düsseldorf, this paper helped persuade them to allow him to stay.”

Ali El-Kadri arrived in Germany in 2015 after fleeing his town just outside Damascus in Syria. It took him several months of travelling on his own via Turkey, Greece and Serbia using whatever means necessary to reach Dortmund. Now 19, he plans to go to university next year and has been using the opportunity to brush up on his football and language skills.

“I used to play in Syrian Under-17s team back home,” he says. “I love football and am always trying to get better so hopefully one day I can play for a big club like BVB. It was very hard to come here without my parents and learn a new language and a new culture. But this project has helped me improve my knowledge of German and make some new friends. That is important because you need to have a high level of German to be able to go to university. Playing football gives me the inspiration to do well in the rest of my life.”

As the training session draws to a close, the group head indoors to a classroom for their hour-long German lesson. With most having already spent the morning working or at college, it is a long day but there is no lack of enthusiasm when the conversation turns to the previous evening’s 2-2 draw between Germany and France in nearby Cologne. Most admit they will be supporting reigning champions Die Mannschaft at the World Cup in Russia next year, although there are a few who clearly have a soft spot for England.

At present, only a handful of clubs in the Premier League such as Arsenal, Everton and Leicester are running regular projects for refugees, while the Football Association donated several free tickets to some for England’s draws with Germany and Brazil at Wembley last month. But after the success of Football Welcomes, a weekend of activities held in April, Naomi Westland from Amnesty International is hoping many more will now follow Germany’s example.

“I’d like to see football clubs working with other organisations in their communities to support and welcome refugees,” she says. “They play a really important role in integration and social cohesion in their communities and people listen to what they say. This is a really good model to show how that partnership can work. At a time when police reports show a rise in xenophobia and hate crimes it seems to be more important than it has ever been. We want people to feel welcome when they arrive in a new country.”

Every player is presented with a bright yellow Dortmund training top at the end of the class before they begin to make their way home, but not before the final word from their coach and mentor Hassan Al Moula, whose family moved to Germany from Lebanon to escape the civil war in the 1980s.

“It’s very important to learn respect and fair play because that’s vital if you want to stay in Germany,” he says passionately. “You can make a mistake in society but you have to set a good example and try to integrate. Rules on the pitch are important rules in life.”