British press out to get Russia – Maria Zakharova 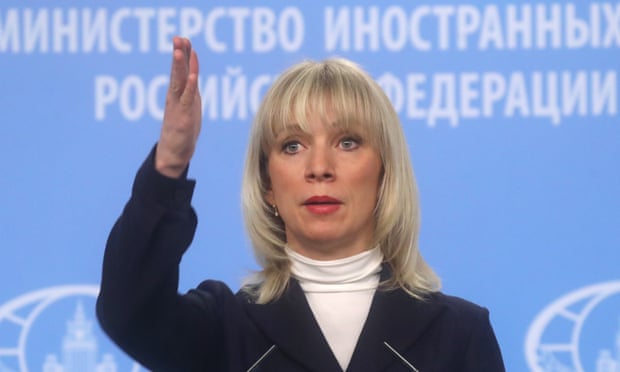 Russia has accused the British media of “conjuring up” government-led propaganda in the leadup to the World Cup.

The hosts have stumbled their way towards football’s summer showpiece with Vitaly Mutko, the head of the 2018 World Cup organising committee, recently stepping down after being cited in a series of reports exposing the country’s systematic doping regime. 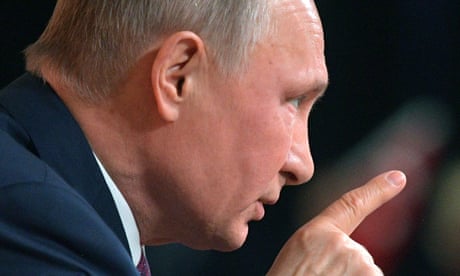 Russia in 2018: Putin’s re-election and a World Cup, but what else?

Russia has been fighting its own propaganda war since a report from the Canadian law professor Richard McLaren in July 2016 found the government, security services and sporting authorities colluded to hide widespread doping across “a vast majority” of winter and summer sports.

In December, Russia’s Olympic Committee was banned from the Winter Olympics in Pyeongchang and ordered to pay $15m (£11m) in costs after making what the International Olympic Committee called an “unprecedented attack on the integrity of the Olympic Games and sport”.

In another public relations disaster, there was also a directive from the Russian Football Union official and former Chelsea player Alexei Smertin that fans would be allowed to fly rainbow flags at the World Cup but supporters must not promote same-sex relationships to minors.

However, despite the seemingly overwhelming evidence against the World Cup hosts, Russia has now accused the British media – on behalf of the government – of whipping up stories to “smear” the country.

Russia’s foreign ministry spokesperson Maria Zakharova said: “We learned that reporters from the United Kingdom – not just one media outlet, but a number of them – received, in the truest sense of the word, a state order to launch a smear campaign for holding the World Cup in Russia.”

Zakharova then suggested that journalists were dissuaded from focusing on searching for different news angles because “stories, topics and approaches had been already conjured up”.

“Talking points were developed and offered to the UK media to be used in their materials,” she added.

“Among these subjects and stories, I can name the following: Russia’s alleged lack of the necessary infrastructure and conditions to hold the championship, the aggressive behaviour of Russian fans, a lack of professionalism among local law enforcement officials and the inability to guarantee foreign tourists’ safety. The western media will be actively pumping out this story in the runup to the World Cup in Russia.”

Russia will kick off the World Cup on 14 June against Saudi Arabia at the Luzhniki Stadium in Moscow.