Bullied by gays for being straight – Candice Wiggins

Candice Wiggins, the former Stanford University basketball star who retired from professional basketball last year, claimed she was targeted for harassment during an eight-year WNBA career because she was heterosexual.

Wiggins, who turned 30 last week, described the “very, very harmful” culture of the WNBA in an interview with the San Diego Union-Tribune published on Monday.

“It wasn’t like my dreams came true in the WNBA. It was quite the opposite,” said Wiggins, who announced her retirement last March while considering a contract extension from the New York Liberty.

“I wanted to play two more seasons of WNBA, but the experience didn’t lend itself to my mental state.

“It was a depressing state in the WNBA. It’s not watched. Our value is diminished. It can be quite hard. I didn’t like the culture inside the WNBA, and without revealing too much, it was toxic for me. 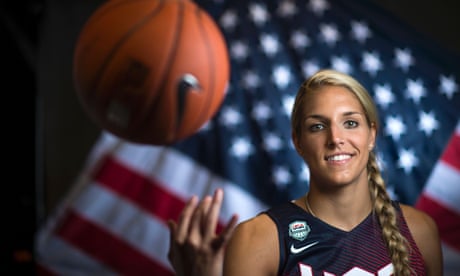 “My spirit was being broken.”

Wiggins, a four-time All-American guard who graduated as Stanford’s all-time leading scorer, was chosen by the Minnesota Lynx with the No. 3 pick in the 2008 draft.

She averaged 15.7 points as a rookie – capturing Sixth Woman of the Year honors – and 13.1 points during her sophomore campaign.

She suffered a season-ending torn achilles’ tendon early in the 2010 season and was limited to a deep reserve role in helping the Lynx to the club’s first ever championship in 2011.

But injuries were only a part of the problem for the southern California native, who described her difficulties assimilating to a league that she says consists predominately of gay women.

“Me being heterosexual and straight, and being vocal in my identity as a straight woman was huge,” Wiggins told the Union-Tribune. “I would say 98% of the women in the WNBA are gay women. It was a conformist type of place. There was a whole different set of rules they [the other players] could apply.

“There was a lot of jealousy and competition, and we’re all fighting for crumbs,” Wiggins added. “The way I looked, the way I played – those things contributed to the tension.

“People were deliberately trying to hurt me all of the time. I had never been called the B-word so many times in my life than I was in my rookie season. I’d never been thrown to the ground so much. The message was: ‘We want you to know we don’t like you.’”

“It comes to a point where you get compared so much to the men, you come to mirror the men,” she said. “So many people think you have to look like a man, play like a man to get respect. I was the opposite. I was proud to a be a woman, and it didn’t fit well in that culture.”

Wiggins, who ended her career with one-season stints with the Tulsa Shock, Los Angeles Sparks and the Liberty, also played on pro teams in Spain, Turkey, Israel and Greece, where she helped Sony Athinaikos to the EuroCup women’s championship in 2010. Her positive experiences abroad cast her WNBA experience in a particularly harsh light.

“Nobody cares about the WNBA,” Wiggins said. “Viewership is minimal. Ticket sales are very low. They give away tickets and people don’t come to the game.”

Wiggins, who said she’s penning a memoir tentatively called The WNBA Diaries based on the journals she kept during her playing days, said she bears no ill will for her experience and wouldn’t steer young players away from the league.

“I want you to understand this: There are no enemies in my life,” she said. “Everyone is forgiven. At the end of the day, it made me stronger. If I had not had this experience, I wouldn’t be as tough as I am.

“I try to be really sensitive. I’m not trying to crush anyone’s dreams or aspirations, or the dreams of the WNBA. I want things to be great, but at the same time it’s important for me to be honest in my reflections.”