CHAPECOENSE’S first-team squad is now 30-strong as the re-building process following their tragic plane crash in December goes on.

An aircraft carrying the team to the Copa Sudamerica final against Atletico Nacional crashed en route to Colombia and only six of 77 people on board survived.

While only three members of the first-team squad got out alive.

The Copa Sudamerica final — which is the continent’s equivalent to the Europa League — was cancelled and the Brazilian side were awarded the trophy.

The world of football came together to mourn the tragic loss, with clubs and big-name players paying tribute.

And, since the tragedy, Chapecoense’s social media following has grown substantially.

Now they prepare for an emotional first match since the sad event, with almost an entire new team, against Joinville on January 26.

The club were offered special privileges in light of their situation, such as players on loan free of charge or immunity from relegation for three years.

However, Chapecoense rejected the assistance — insisting they wanted to be able to re-build properly. 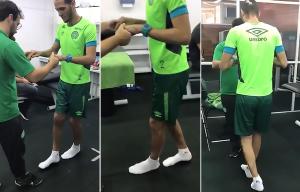 ‘I think I will play again’ 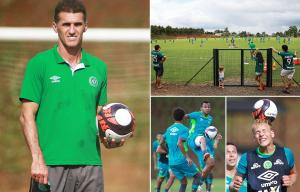 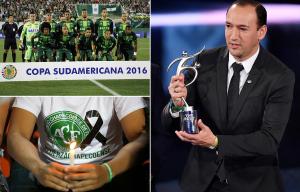 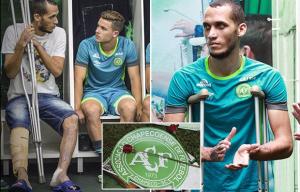 A mixture of loans, buys and promotions from within have seen the club’s roster grow to 30 players, and they are ready to face their next opponents — and new manager in Vagner Mancini.

While the ambitious arrivals of Kaka, Juan Roman Riquelme and Ronaldinho never materialised, they have still brought in several reinforcements.

Despite Chapecoense’s stance, they have benefited from the kindness of some of Brazil’s wealthier clubs.

While several most were surely willing to help, financial restraints meant only three teams were able to help on the player front.

Palmeiras, Cruzeiro and Flamengo all either loaned players with the option to buy, or sold players who will later have a bigger sell-on value.

While the latter even agreed to finance part of Luiz Antiono’s wage, after allowing him to leave.

On January 25, Brazil will face Colombia in a friendly, where all the proceeds will be donated to the victims’ families.