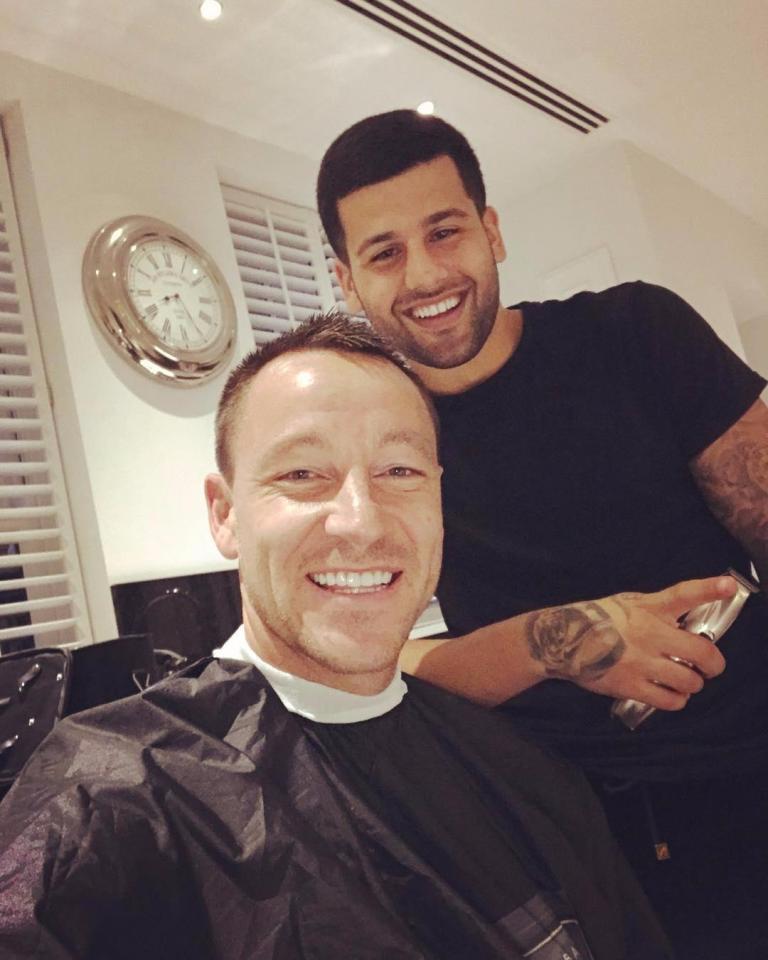 Former captain John Terry poses with Alsanawi after a haircut

CHELSEA have given their personal training ground hairdresser the chop in the latest shock departure from the Premier League champions.

Ahmed Alsanawi has been banned by Blues chiefs from the club’s plush Surrey HQ in a row over image rights and for cashing in on his famous customers.

Club bosses and several Chelsea stars got annoyed that crimper Alsanawi was having selfies with his famous customers, getting shirts singed and splashing it all over social media to promote his own business.

A Blues insider said: “It was ok to come and cut hair but a few people got a bid fed up, very quickly when he started treating the place like his own.

“Photos, signed shirts and using the players’ images to promote his own business got too much.

“The players have image rights contracts and the club has sponsors who pay millions of pounds for image rights.”

Alsanawi, who has a shop close to Chelsea’s Cobham training ground in leafy Chessington became famous for cutting the hair of big name football stars – and even a few fringe players.

The source added: “It was thought he was taking a few too many liberties with his access to them. The training ground was a mess after his visits.

“He even started coming to the training ground the day before a match when really the place is supposed to be in lockdown. It was all too much so he had to go.”

The decision is nothing to do with boss Antonio Conte but he is aware of the situation and fully supports it.

Emenalo wanted to quit in the summer but stayed on until this season was well underway before informing Chelsea owner Roman Abramovich he wanted to move on.