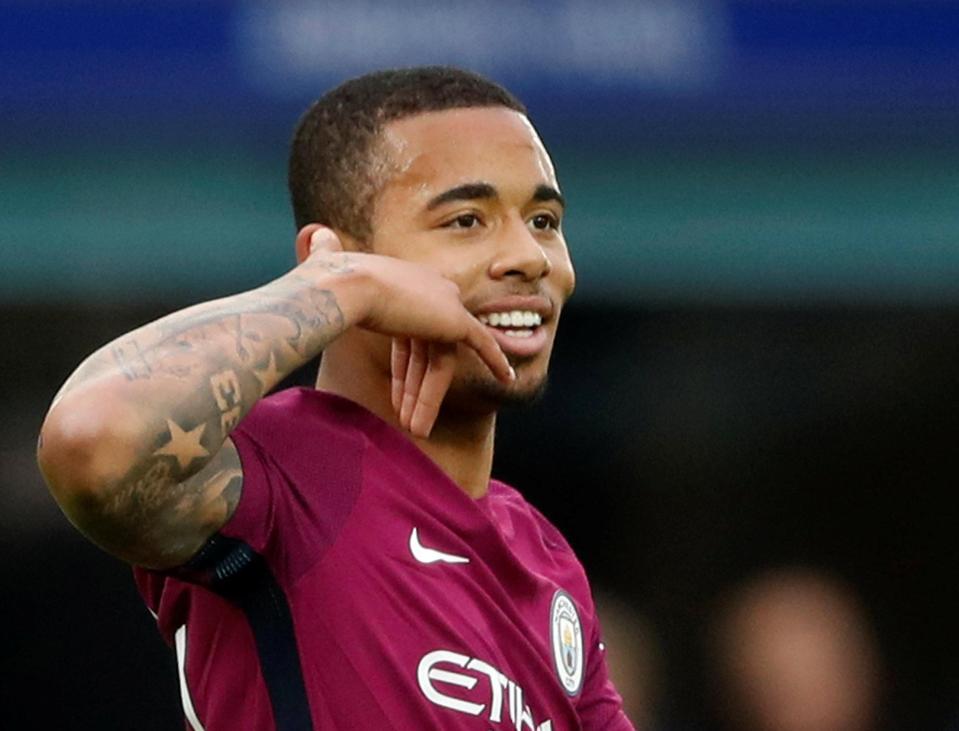 MANCHESTER CITY can clinch the Premier League title in their next match after cruising to a 3-1 win over Everton.

Victory against fierce rivals Manchester United next weekend will see Pep Guardiola lift his first Prem trophy after goals from Leroy Sane, Gabriel Jesus and Raheem Sterling made light work of the Toffees at Goodison Park.

Sam Allardyce admitted just before kick – off that he was confused by Guardiola’s selection.

He could not work out where Aymeric Laporte would play and as it turned out the £57M centre half was deployed at left back in a back four.

But it was very soon evident that the Everton boss need not have worried about how his opponents’ rear guard would be set out.

For within 12 minutes his own defence had been torn to shreds.

In what was the perfect illustration of the ferocity of City’s attacking – and the cohesion of it – Sane collected the opener.

David Silva played a one – two with that man Laporte before he flicked the ball across goal and Sane hammered home a left footed volley.

Jesus effectively made it a walk in the park with the second.

Ironically Yannick Bolasie should have equalised, heading over from eight yards after Dominic Calvert-Lewin found him with a fine cross.

Everton had no idea what had hit them as the Brazilian nodded home from the cross and eight minutes from the break another lightning raid produced Sterling’s 21st goal of the season.

Bolasie rescued some pride for his side in the 63rd minute, his shot going in off a post to register his first strike since October 2016.

But City remained in total control to set themselves up for a mouthwatering clash at the Etihad next weekend.