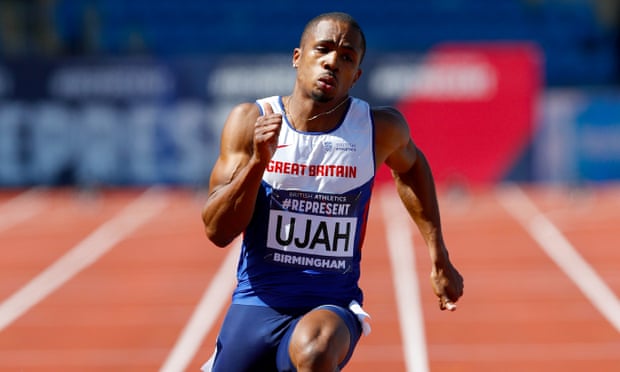 CJ Ujah will compete over 100m at the World Championships this week in a stadium only 10 miles from where he was born in Enfield, north London, but he is under no illusions that he will benefit from home advantage.

The presence of Usain Bolt, contesting for the final time an event he has dominated for almost a decade, will negate any patriotic fervour among the crowd. But Ujah is hoping the London organisers do not create an atmosphere resembling a retirement party for the Jamaican because he has been there before. 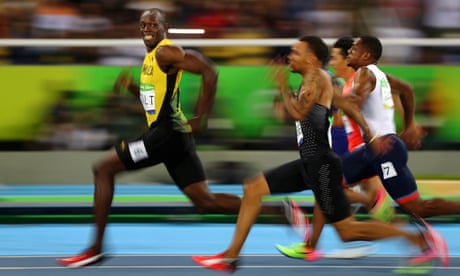 Usain Bolt: now you see him, soon you won’t…

“When we walked out at Monaco the whole crowd was ‘U-sain Bolt!’ They had us out there for half an hour before we actually raced,” he says, “I feel like that was a bit of a ploy. I was getting cold and stiff. They were playing his music and I was thinking ‘Wow, like, we’re here to race and they want us to think about him!’ My coach was saying: ‘You’ve got to be ready for this because this is a situation that could happen in London.’”

Ujah finished fourth behind Bolt at the Monaco Diamond League last month but he, like others, has recognised chinks in the armour of the 30-year-old, a suggestion he might be fallible after all. There were rumours Bolt’s team had demanded the removal of Andre De Grasse, the Rio Olympic 200m silver medallist, from the race and the Jamaican has struggled for speed this season, if not victories, running under 10 seconds only once. He also admitted to being emotionally broken after the death of his friend and British high jumper Germaine Mason, who died in a motorbike accident after a night out with Bolt this year.

“I’ve got to respect the other six athletes on the line as as well,” says Ujah, “They’re there for a reason and anyone can upset anyone. Bolt is obviously the legend and inspiration to the sport and myself.

“I feel I’m finding it easier to run against these names. He is not quite at his 9.5 or 9.6 pace. We’re all in or around the same times. So I think if anyone raises their game – even myself – anything can happen. It’s not like he’s going to go and run a 9.5sec or 9.6. It’s just not going to happen. He’s not the Bolt that’s been there every year. He’s not quite the same. We’ve all seen that. So we’ll see what happens.

“But when you get to the champs everyone wipes the slate clean and starts again. That’s where you’re judged. He knows that and he’s the best at doing it.

Ujah has proved this season he is Britain’s most consistent 100m sprinter since Linford Christie, winning three Diamond League meets and running around 10sec in every race. Bolt’s physical condition is also in question after he scheduled an emergency meeting with the German doctor Hans Müller-Wohlfahrt in June to address a problem with his back. Ujah, 23, knows this represents a golden opportunity to upstage the legend in his final individual race. 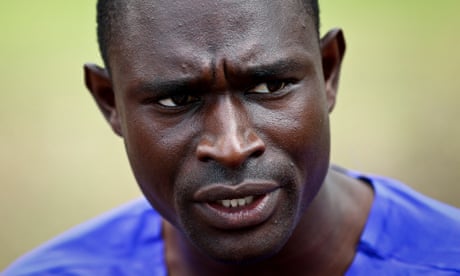 David Rudisha ‘saddened’ after pulling out of worlds with muscle strain

“I haven’t had a really good start in any of my Diamond Leagues,” he says. “In Monaco my coach said, ‘Even if you do get to 60, be aware Bolt’s going to come up on your shoulder. If you tighten up, he’ll go straight past you. If you don’t, you’ll make it harder.’ I tightened up and he went straight past me. It’s learning and understanding.

“But my coach was like, ‘It’s practice. If you’re going to make a mistake, I’d rather you make it in Monaco.’ He’s seen a couple of things and those are the things I’m working on.

“If I do get drawn next to Bolt again you’ll probably see a better run from me.”

Ujah spent two and a half months this year training in Arizona alongside Canada’s De Grasse, the man Bolt considers the biggest obstacle between him and a fourth world 100m title. But Ujah believes he can cause the ultimate upset and silence the Bolt leaving party.

“Gold? Yeah, I believe I can,” he says, “The first thing is to make the final, then believe that anything can happen when the gun goes.”