A great opportunity for Juventus and Cristiano Ronaldo to take a step closer to the only title that really matters to the club now that they have won seven straight scudetti and are on their way to an eighth. 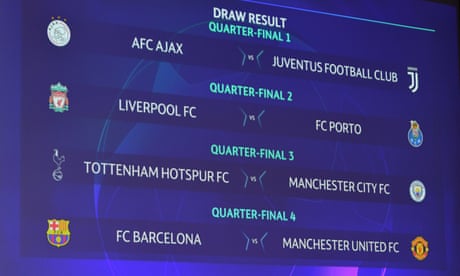 Ronaldo showed in the last 16 why the club signed him for €100m at the age of 33, scoring a hat-trick in the return leg against Atlético Madrid as Juve squeezed through 3-2 on aggregate. The coach, Max Allegri, likes to change his formation depending on the opposition but has been boosted by the upturn in form of players such as Emre Can and Federico Bernardeschi in recent weeks.

Juve won’t have it all their way though in this tie. Ajax rattled Bayern Munich in the group stage and took Real Madrid apart in the last 16. Ajax prefer to play 4-2-3-1 under Erik ten Hag but they’ve occasionally gone 4-3-3, against Benfica and Bayern for example – with Daley Blind going into midfield in the latter game.

The former Southampton forward Dusan Tadic has been outstanding in this European run and the 25-year-old Netherlands-born Morocco international Hakim Ziyech has been almost impossible to defend against. Add to that the young Dutch stars, such as Frenkie De Jong and Matthijs De Ligt, and this will be a fascinating tie.

A re-run of last season’s last-16 tie when Liverpool blew Porto away, winning 5-0 at the Dragão before a goalless draw at Anfield. Jürgen Klopp’s team are unlikely to repeat that result as this season’s Porto are made of sterner stuff.

They are, together with Ajax, the surprise package of this season’s Champions League. True, their group, consisting of Galatasaray, Lokomotiv Moscow and Schalke, was one of the easiest but they have scored 19 goals in eight Champions League games and disposed of Roma in the last 16 (although they needed extra time to go through). 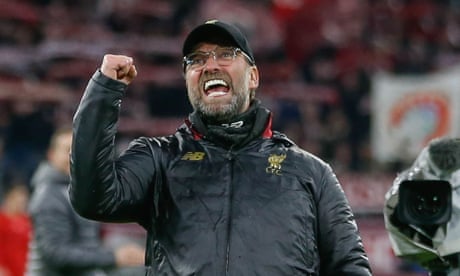 The coach, Sergio Conceição, has done a remarkable job with a fairly limited squad. They are more physical than in recent years, with some of their best players, such as Alex Telles (left-back, assist maker and penalty taker), Éder Militão (rugged defender who has agreed to join Real Madrid in the summer for €50m) and Danilo (defensive midfield linchpin), being defence-minded. Liverpool will miss the suspended Andy Robertson in the first leg but should have too much quality.

The tie of the round, with a rejuvenated Manchester United taking on surely the best team in Europe at the moment. United were somewhat fortunate to get past Paris Saint-Germain in the last-16 – not because of the late VAR-penalty but the fact that PSG were much the better team over the two legs – but in Romelu Lukaku and Marcus Rashford Ole Gunnar Solskjær’s team have the attacking power to hurt Barça.

But then, the Catalan club have Lionel Messi and, as he showed against Lyon in the return leg of that last-16 tie, there is sometimes no answer to that man’s genius.

The last two meetings between these two sides have been in the final of this competition with Barcelona winning both, 3-1 at Wembley in 2011 and 2-0 in 2009 in Rome. Messi was on the scoresheet on both occasions and who would bet against him being decisive again. 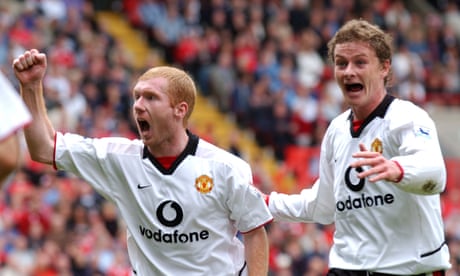 An all-Premier League tie was always likely in the quarter-finals and the draw delivered an extremely intriguing one. Pep Guardiola has won his past three meetings against Mauricio Pochettino and City will be the favourites but Spurs have rattled City before and can do so again.

The feeling is that Tottenham are over their blip and they were certainly impressive against Dortmund in the last-16, winning both legs on their way to a 4-0 aggregate victory. Harry Kane is back from his injury and Dele Alli is set to return and the fact that Spurs will almost certainly be playing in their new stadium cannot be underestimated. It will be a cracking atmosphere.

City are in a rich vein of form, though, having won their last 10 games (if you include the Carabao Cup final win on penalties against Chelsea) and if Fernandinho is back from injury then Spurs’ task will be even harder.