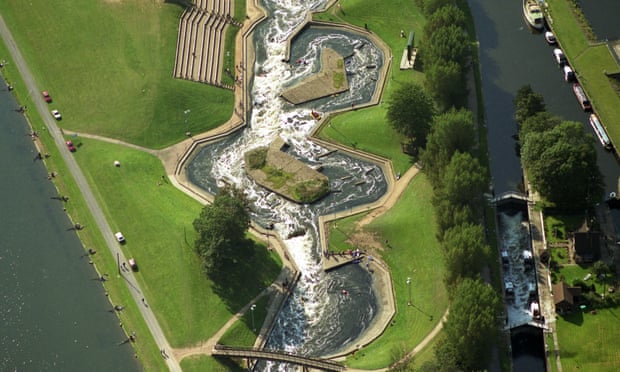 The crisis engulfing British Olympic sport over allegations of bullying and abuse has deepened with the revelation that police are investigating a former senior coach at British Canoeing after several allegations were made of child grooming and sexual assault.

It is understood that at least three female former athletes have made allegations to police. One athlete told investigators that the coach groomed her when she was under the age of 16 and that he later took advantage of his position of power by making unwanted sexual advances towards her. The alleged offences are believed to have taken place between 2006 and 2010.

The coach was suspended from his role at British Canoeing in December after a separate allegation was made to the governing body that he asked an elite athlete on the Paralympic performance programme to perform a sexual act on him in the approach to Rio 2016.

British Canoeing undertook an internal inquiry into that claim and a separate investigation is due to begin into another allegation that he boasted to a different athlete about being able to guarantee British team selection in return for sex.

It is thought the recent allegations prompted several women to come forward with new allegations of child grooming and a police investigation was launched. So far no charges have been brought.

At least one police complaint was made by a doctor on behalf of one of the women concerned and was referred by Thames Valley police to Surrey police. The coach cannot be named for legal reasons.

GB Canoeing had its most successful Olympic Games in Rio last year, with competitors winning two gold and two silver medals. ParalympicsGB then claimed three gold and two bronze medals but these latest revelations will cast a shadow over those successes. It could also put their £19m of public funding in jeopardy. UK Sport, the agency funded by the lottery and which is weathering a storm over duty of care of athletes in several of its 16 funded sports, has ordered a second inquiry into the most recent claims.

Former elite athletes at British Canoeing have spoken to the Guardian about the coach, claiming he was unfit for a management role. “He was a bit of a loose cannon, definitely not someone you’d want working with junior athletes,” said one athlete, who was on the men’s elite squad.

“I’m really sad that so much more stuff than I knew is supposed to have happened. Canoeing is a small world so I thought I had a handle on it. Looking back I knew the banter was inappropriate but what I didn’t consider was that maybe it wasn’t just banter. We are phenomenally lucky in this country to have lottery funding so there’s no excuse for: ‘Oh, we’re just small time and amateurs.’”

A British Canoeing statement provided to the Guardian said: “As a result of allegations received by British Canoeing in December 2016, a member of our performance team was suspended and an independent investigation was immediately initiated.

“This investigation has been concluded but until a hearing has taken place we are unable to comment further on this matter. In April of this year we received further and separate allegations of an historical nature and we have been working with UK Sport to commission a second independent investigation into those matters. Once again we are unable to comment further at this time.

“British Canoeing was very concerned to receive each of these allegations. We take these matters extremely seriously and will ensure that they are appropriately and fully dealt with.”

The crisis facing British Canoeing follows similar problems in other Olympic sports. There is currently an investigation under way into British Swimming after bullying complaints were made by a number of Paralympians about a coach.

British Cycling is also bracing itself for the publication of an independent review into its culture after claims of sexism and discrimination were made by the sprint cyclist Jess Varnish and others.

UK Sport said in a statement: “We can confirm that British Canoeing has kept us regularly informed on a conduct issue that they have been dealing with since December 2016.

“We are also able to confirm that we are working with British Canoeing to establish a second and separate independent investigation about further allegations which were received in April 2017. This investigation will commence shortly,” added the funding body, which is investing £345m in Olympic and Paralympic sport over the current four year cycle.