CompuBox by the numbers: Dogboe, Jacobs 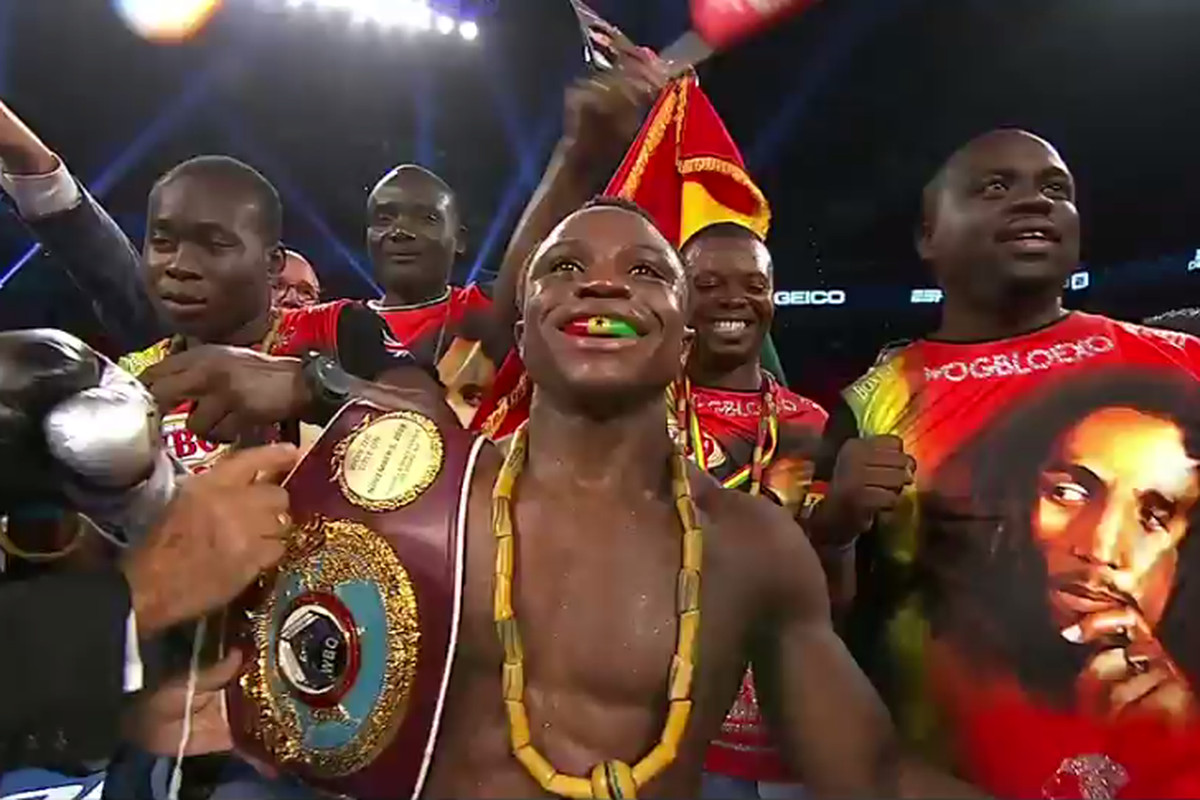 Marrero came back from a KO loss in as stellar a fashion as one can, when he took out Jorge Lara with precise devastation on Saturday night in Texas, and on Fox. The Dominican slid right, and found the lane for a slingshot left. That blow had the 29-0 Mexican reeling like a sailor on leave who found a bar selling 2-for-1 tequila shots. Marrero is a bomber, zero doubt, and will be in line for a title shot somewhere right quick.

Tight fight, this main event on HBO. I expected a Jacobs rubout, to be frank. Sulecki found the best version of himself, which, I dare say can often happen when fighters ascend to their career-defining test. Jacobs boxed smart and I found myself wishing he’d taken more risks in earlier rounds, as he did in the 12th, when he got a bit fervent and nasty. But meanwhile, he keeps winning, and is line for a buzzier fight in his next outing.

50 – combined power punches landed by Daniel Jacobs & Maciej Sulecki in round 12, more than double the middleweight average of 24

Yep, this round featured what I thought I’d be seeing more of early on. But Jacobs I think figured out pretty early that the Pole had earned that 26-0 record, and wouldn’t be able to be erased easily.

Stevenson has grown leaps and bounds in the last six months, and he was already starting out at a high-level spot. Witness his confidence level on display after the Saturday win? The kid says he’s the best prospect in the game, and you have to love that clarity of identity.

61 – body punches landed by Isaac Dogboe in his upset KO win over Jessie Magdaleno, accounting for 36% of his landed punches (CompuBox average: 22%)

Hindsight, you sonofagun. Maybe Magdaleno would have liked to take a rust shedder before stepping in with the Ghanaian boxer for his first fight back in a year. Dogboe is a patient assassin, willing to work the late shift to get you to where he wants you. And that’s a tough task to handle at any time, let alone after a long layoff.

65 – average punches thrown per round by Jarrell Miller in his decision win over Johann Duhaupas (heavyweight average: 45)

Jeeze imagine, what he’ll do if he loses 30-40 pounds, as seemingly everyone on Twitter is asking him to do? People are fixated on this guys’ weight; I’d love for him to stay at this size and keep winning and shut em all up, do it for the jumbos everywhere!

261 – punches landed by Jarrell Miller on Johann Duhaupas, a career high for Miller

Tough position for the big lad. He’s busy as all hell, but his punching power isn’t the type that makes it easy for him to stop guys. And people expect a guy his size to stop guys. Not sure what to do about that…

527-226 – margin that the absorbent Duhaupas was outlanded in his losses to Miller and Deontay Wilder, better than 2-to-1

“Absorbent,” Compubox, is some winning phrasing!

Once again, note his number. That won’t shut up people who want more and better. The way to shut them up is by getting a stoppage, but that isn’t the Miller way. So, he can keep doing what he’s doing and enjoy the checks and march up the ladder.