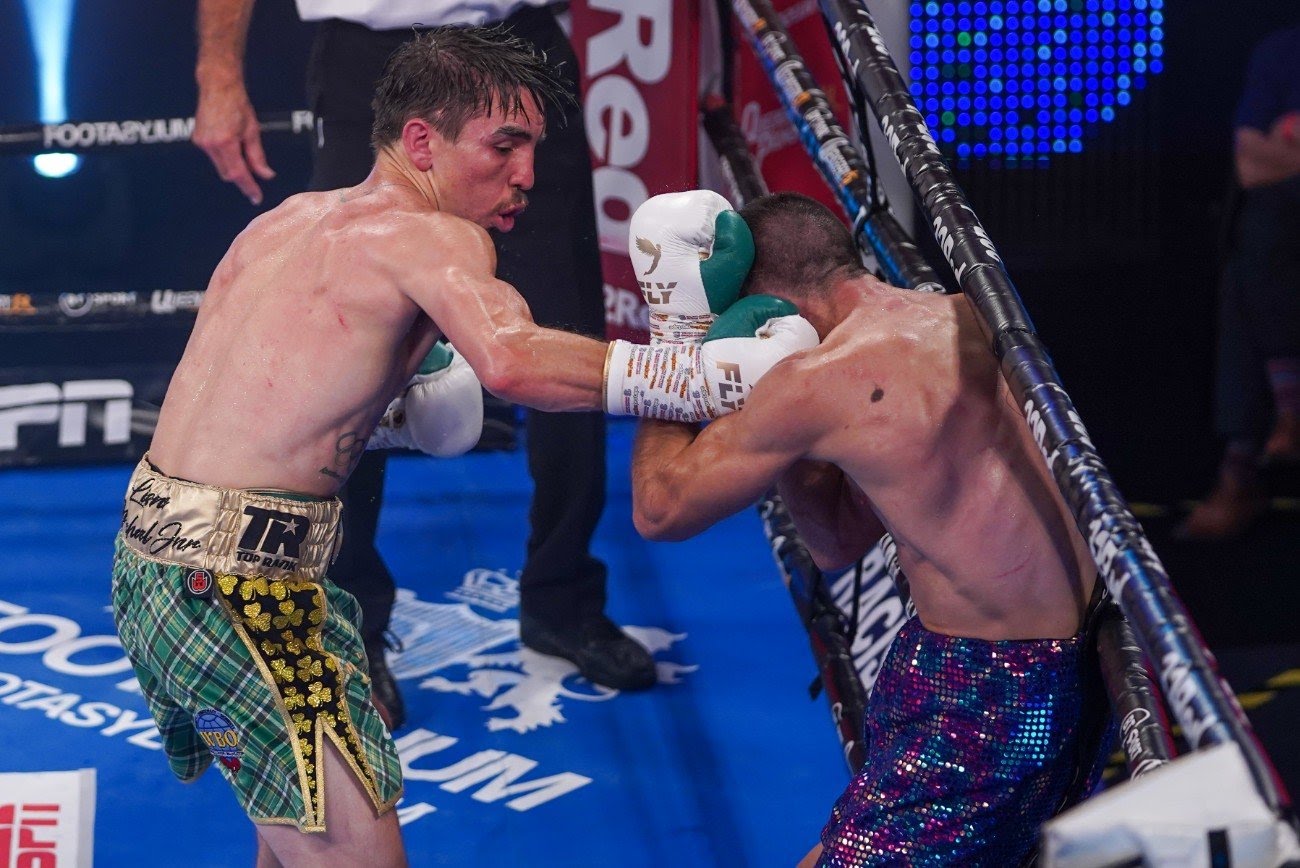 Michael Conlan: ready or not, a fight-date versus Isaac Dogboe!

According to ESPN, the Conlan (14-0, 8 KOs) vs. Dogboe (21-2, 15 KOs) will be taking place on the undercard of WBC heavyweight champion Tyson Fury at Royal Albert Hall in London.

The 28-year-old Conlan takes a major step up in class in taking on the ‘Royal Storm’ Dogboe.

At 28, Conlan’s promoters at Top Rank need to do something with him before turning 30. Dogboe is a make-or-break fight for Conlan.

If he can’t beat Dogboe, it’s going to be tough for him to try and win a world title at 126. Conlan might need to consider moving down to 122, if possible.

Two-time Olympians are usually moved quickly, but it’s been the opposite with Conlan. He’s not been pushed rapidly by Top Rank, which suggests that there are flaws in his game.

Conlan recently had the opportunity to face Emanuel Navarrete for the vacant WBO featherweight title, but he passed on that. And Conlan was previously ranked #1 with the World Boxing Organization, not long ago, but not anymore.

Conlan wants to shut Dogboe up 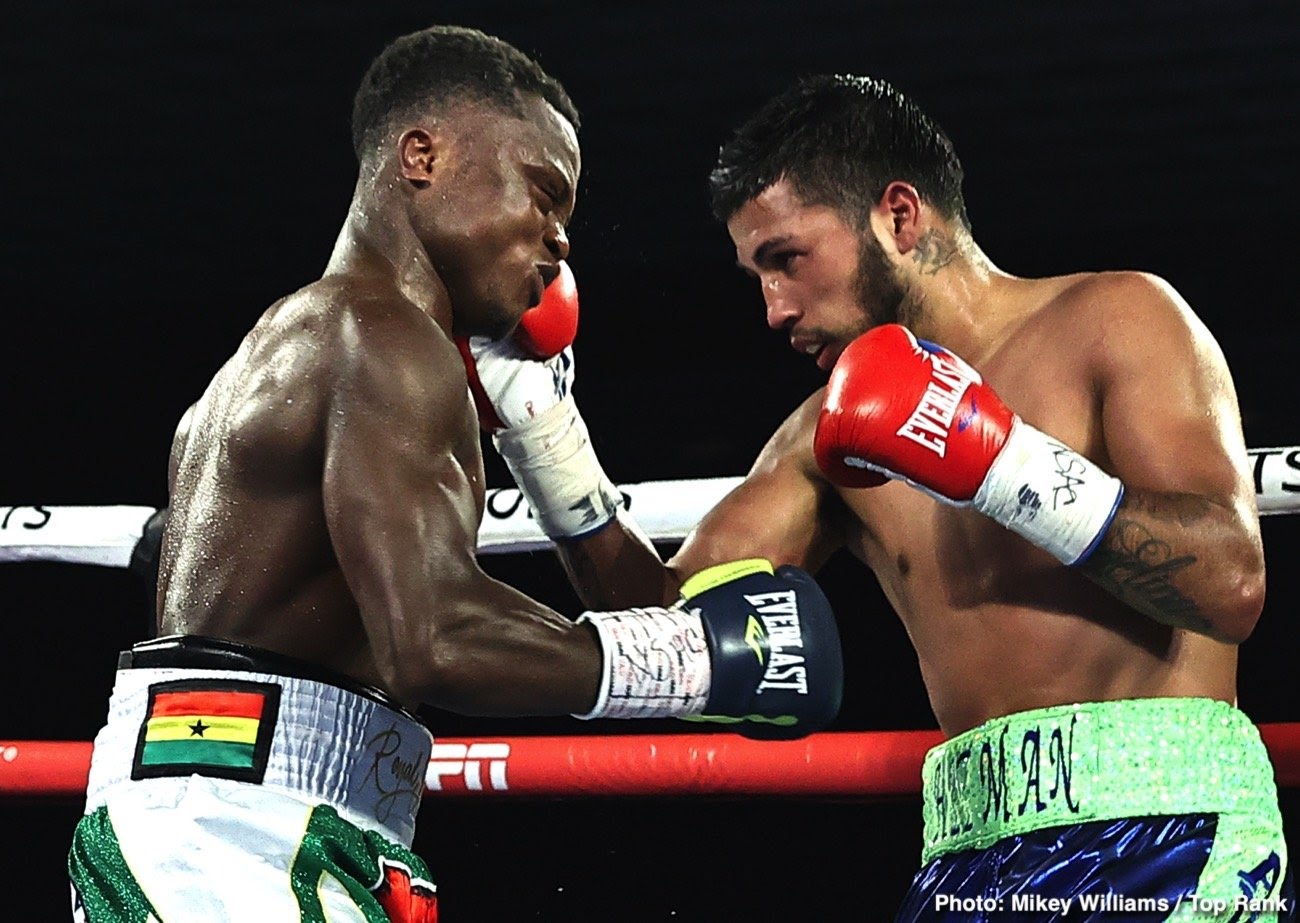 Was Conlan removed from the WBO’s rankings because he failed to fight for the vacant 126lb title? It wouldn’t surprise me.

The ranking with the International Boxing Federation would seem to indicate that Conlan is being angled to challenge IBF 126lb champion, Josh Warrington.

“As soon as it was mentioned, I said, ‘Yes, get it done.’ Isaac likes to talk, and I’m looking forward to shutting him up!”

Conlan will have his work cut out for him to beat Dogboe, especially with his habit of fighting with his hands down. Dogboe will take advantage of Conlan’s low guard if he fights his showboating style. Dogboe has too high of a workrate for Conlan to get away with it.

Dogboe, 26, has only lost to Emanuel Navarrete at superbantam – twice – during his seven-year pro career.

In his first fight against Navarrete in December 2018, Dogboe lost a competitive 12-round unanimous decision. There were a lot of two-way action in that contest, and that was far from being an easy fight for Navarrete.

In the rematch last year in May 2019, Dogboe’s corner threw in the towel in the 12th round. Again, that was another exciting war, and it was one of the better fights in 2019. 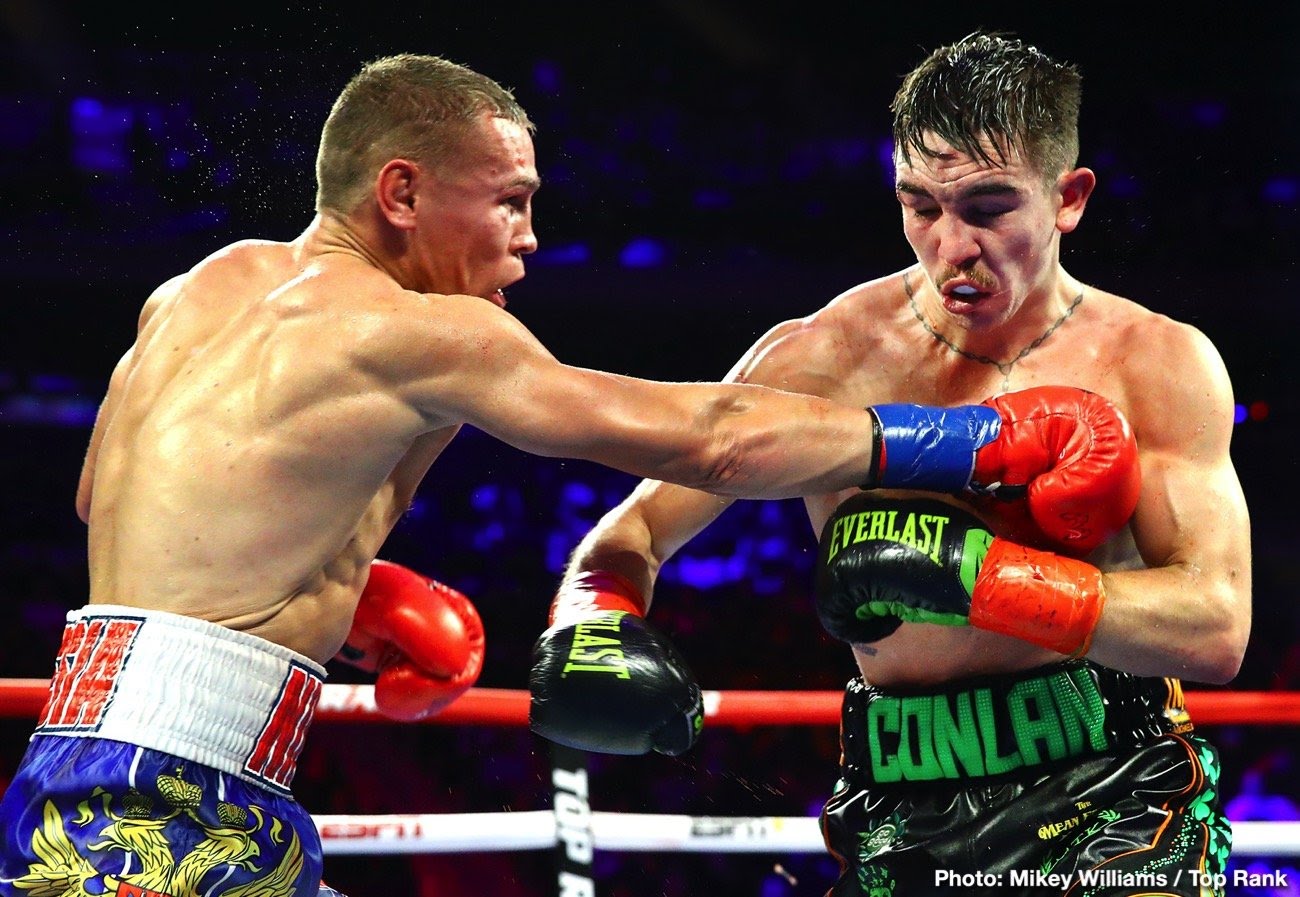 In Dogboe’s last fight, he stopped Chris Avalos in the eighth round last July in ‘The Bubble’ at the MGM Grand in Las Vegas, Nevada.

Although Conlan won both matches, they showed that he’s a long way from possessing the talent to compete with Navarrete, Gary Russell Jr, and Josh Warrington.

You can arguably throw in Dogboe, Can Xu, Jessie Magdaleno, Ruben Villa, and Tugstsogt Nyambayar as fighters at 126 that would likely beat Conlan.