However, the Blues were NOT watching the highly-rated Franck Kessie — but his team-mate, Andrea Conti.

Atalanta have been a revelation in Serie A this season and the Lecco Eurostar — as he has been named by some of his team-mates  — scored the only goal of the game as his side beat Crotone 1-0.

Gazzetta dello Sport report that Blues scouts have been to look at the 22-year-old right-back on more than one occasion this season as Antonio Conte looks to build a stronger squad.

And Conti will be available at the relatively low price of £12.8million.

Victor Moses has excelled for Chelsea in that right-wing back role — and his performances even saw him touted with a move to Barcelona.

But, should the Nigerian international suffer an injury, the Blues don’t have a suitable replacement in their squad. 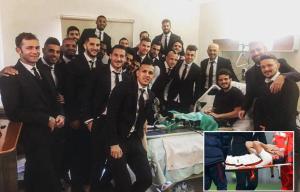 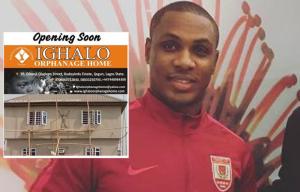 Conti made his professional debut in a 1-0 Coppa Italia home loss against Savona in 2013 while on loan at Perugia.

Two years later, he played his first match for Atalanta and has become a regular this season.

Gian Piero Gasperini’s side are currently in fourth place — ahead of the likes of Lazio,Inter, AC Milan and Fiorentina.

And they are just three points behind Napoli in that final Champions League position.