CHELSEA outcast Diego Costa returned to first-team training today – with a warm embrace from fitness coach Julio Tous who he had an angry bust-up with last week.

The Spanish striker – joint-top scorer in the Premier League – looked delighted to be back in the matchday squad after several days of training alone.

Costa, 28, cut a lonely figure on Monday as he worked on his fitness at Chelsea’s training HQ in Cobham, Surrey, while the rest of the players had a day off following their 3-0 win at Leicester. 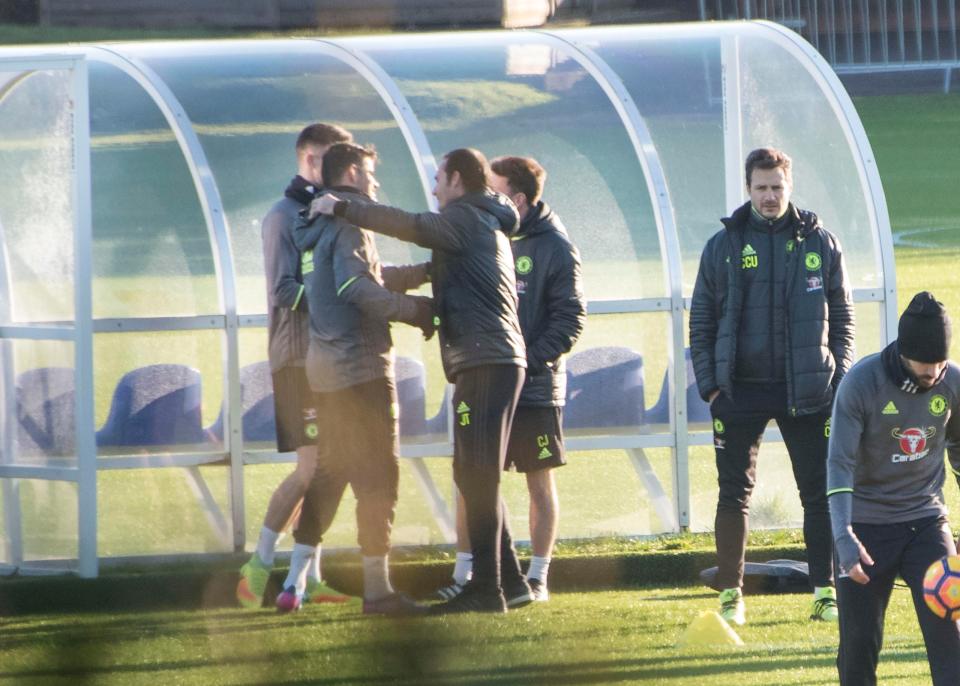 But it was very different story today as he joined his table-topping team-mates for a session earlier today.

He was welcomed back into the fold by Blues boss Antonio Conte and kissed and made up with ex-Italian international fitness coach Tous.

Our exclusive pictures showed Costa walking over to a dugout at Cobham to chat to the Chelsea staff.

Tous then pulls the forward into a hug as they put their differences aside following the high-profile row. 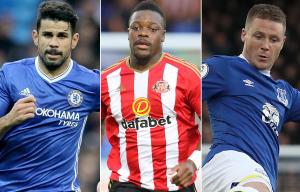 Messi for £100m, Costa’s China talks, City want a new keeper and Everton have a deal for Sunderland 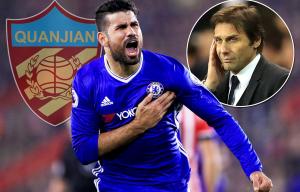 ‘I MET with Mendes’ 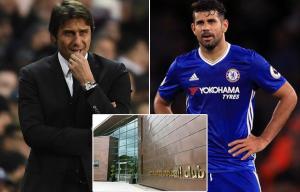 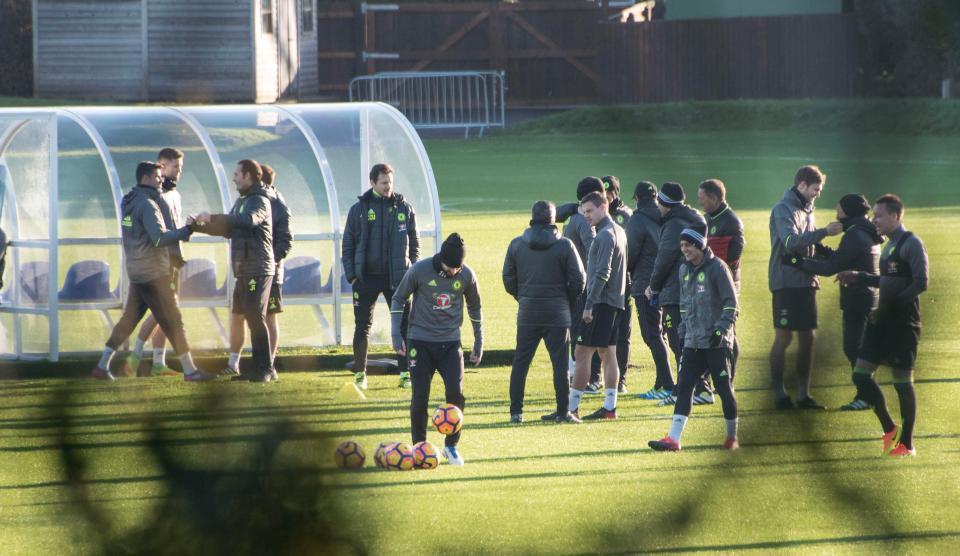 Assistant manager Carlo Cudicini, fitness coach Gary Jones and defender Gary Cahill are among the other Blues personnel standing by.

Costa then launched into a hard training session with the squad including captain John Terry, Eden Hazard, N’Golo Kante, Willian and David Luiz.

The ex-Atletico Madrid star was axed from the Chelsea squad for their trip to Leicester on Saturday after a falling out with Conte.

Costa did not train with the rest of the squad for the past three days after a row with Tous over the extent of a back injury.

Conte is sided with his coach in the argument and left his key striker out of the squad as Chelsea.

However Chelsea fear his head has been turned by a staggering £30million-a-year offer from Chinese side Tianjin Quanjin.

Tempers flared when Conte intervened in the training-ground clash and it is understood the Blues boss yelled at his star striker: ‘Go off to China, then’.

Yuhui said: “I made an appointment with Mendes and he came to my hometown to visit me.

“At that time we were interested in signing Costa – PSG told us Cavani would only be allowed to leave in June even though the player himself was willing to join us.

“The same can be said for Costa because Chelsea would only let him leave in June.

“However, the new season of CSL will almost reach the half-way stage in June, we can’t wait so long.

“We continue to wait and suffer, but at the end of the day we’ll get someone. We have targeted a lot of strikers, and made an offer for Benzema, but with this policy change, we are very helpless.”