Could Be Short Night For You – Spence tells Garcia 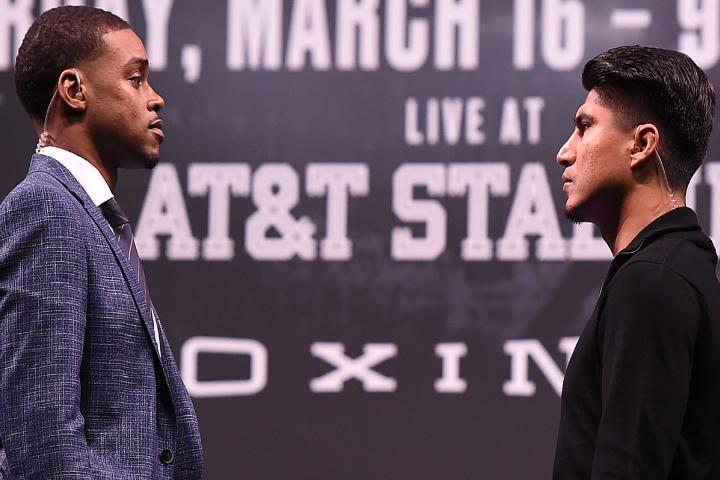 Seated across a table from Errol Spence Jr., an incredulous Garcia demanded an answer from his upcoming opponent. Why, Garcia wanted to know, did Spence state that March 16 could amount to “a short night” for them?

It’s because, Spence explained, the strong southpaw firmly believes in his power as they head toward their 12-round, 147-pound title fight two weeks from Saturday night in Arlington, Texas.

Footage of that interview was released Wednesday night to help promote the Spence-Garcia fight at the Dallas Cowboys’ AT&T Stadium.

“I don’t ever assume nothing,” Spence told Garcia and Campbell.

“We train for the best opponent. We train for a guy … I don’t know if they think I’m Antonio Margarito or some fighter that just comes forward.”

Garcia interrupted to remind Spence what the defending IBF welterweight champion suggested about scoring a quick knockout against an opponent who’ll move up two weight classes to box Spence, from 135 pounds to 147.

Garcia, a four-division champion, isn’t intimidated by Spence’s size advantage or those odds.

“It’s not gonna be an easy night for you,” Garcia said.

“It’s probably gonna be the best night that you’ve ever had, when it comes to fighting the best fighter. And it’s gonna be one of those big, great, f*cking fights that you ever have. And you’re gonna realize that, ‘Damn, this kid ain’t, wasn’t just what I thought.’ ”