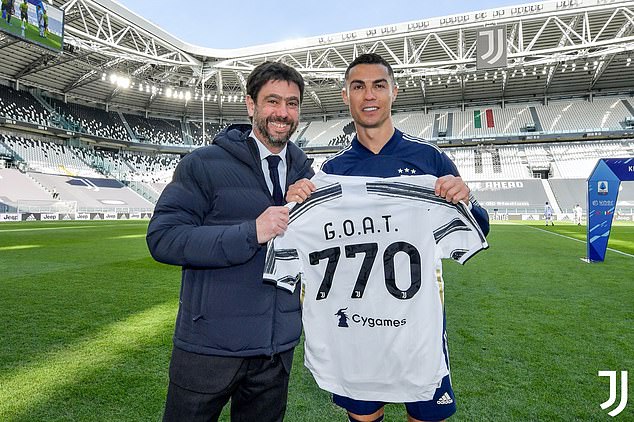 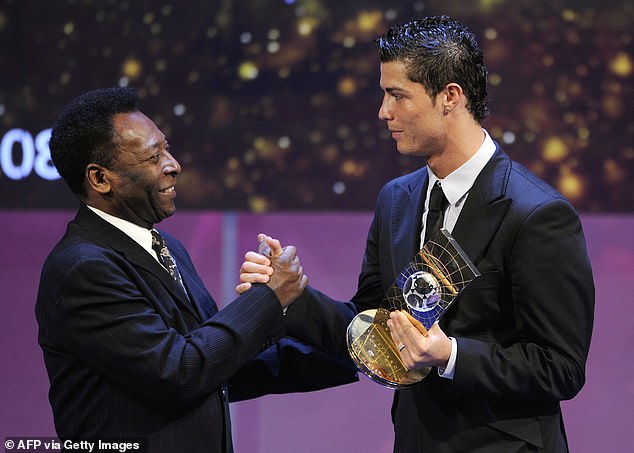 The Juventus forward overtook the Brazilian’s total last weekend by netting a hat-trick in his side’s 3-1 victory Cagliari to take his own tally to 770 goals.

Before the Old Lady’s Serie A fixture with Benevento on Sunday, Ronaldo was handed a shirt with ‘G.O.A.T 770’ on the back, claiming that the Portuguese forward is the ‘Greatest Of All Time’. 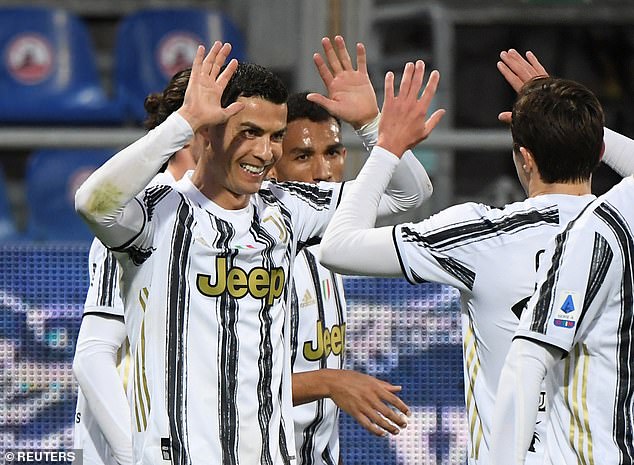 World football governing body FIFA does not keep an official list of who has scored the most goals in history, so the top end of the list is hotly contested.

Ronaldo was praised at the start of January for eclipsing Josef Bican’s total but the Czech FA claimed the striker actually scored 821 goals following a review of his statistics during a career spanning from 1931 to 1955.

But the Portuguese forward decided ignored these claims and took to social media to praise Pele for the legacy he created.

Ronaldo put on Instagram: ‘Today, as I reach the 770th official goal in my professional career, my first words go straight to Pele.

‘There’s no player in the world who hasn’t been raised listening to stories about his games, his goals and his achievements, and I’m no exception.

‘And for that reason, I’m filled with joy and pride as I acknowledge the goal that puts me on top of the world’s goalscoring list, overcoming Pele’s record, something that I could never have dreamed of while growing up as a child from Madeira.’

Pele responded to Ronaldo’s comments, posting: ‘Congratulations on breaking my record of goals in official matches.

‘I admire you a lot, I love watching you play and this is no secret to anyone. My only regret is not being able to give you a hug today.’

Ronaldo tally of goals include 668 at club level, including 188 for Manchester United and 450 for Real Madrid, while he has also scored 120 goals at international level for Portugal.