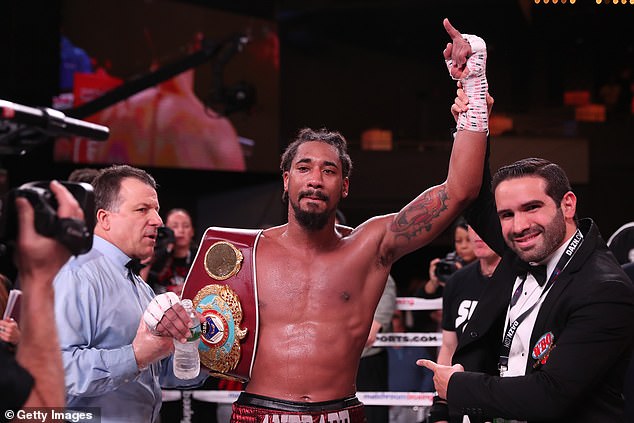 Demetrius Andrade had such an easy time in the first defence of his WBO middleweight title that his opponent might have done his best fighting while shoving away the referee who had finally put a stop to it.

Andrade sounds ready for something tougher.

He remained unbeaten Friday night, stopping Russia‘s Artur Akavov in the 12th round, and afterward said he would ‘destroy’ former champion Gennady Golovkin. 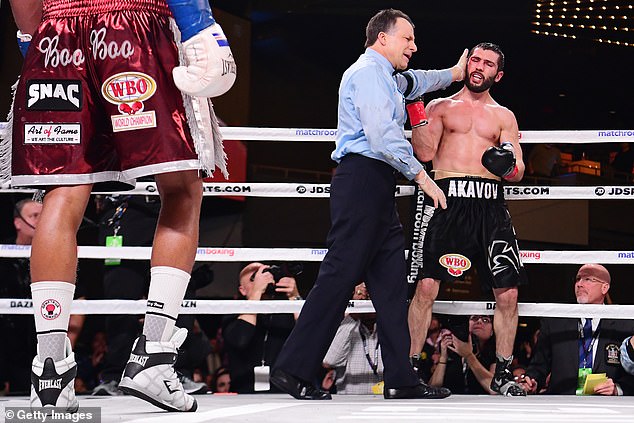 Andrade (27-0, 17 KOs) seemed on his way to winning a lopsided decision before referee Arthur Mercante called a sudden and surprising end to the fight with 24 seconds left when Andrade landed a punch that knocked Akavov backward a bit.

The angry Akavov shoved Mercante away a couple of times, but that was about the best contact he made in the fight.

Otherwise, nearly everything of note was landed by the champion from Providence, Rhode Island, in the first defence of the title he won in October.

Andrade owns the lone major middleweight belt that won’t be on the line when Canelo Alvarez faces Jacobs on May 4 in a unification bout that was announced Thursday, and will hope for bigger fights in the future than the mismatch at the Theater in Madison Square Garden. 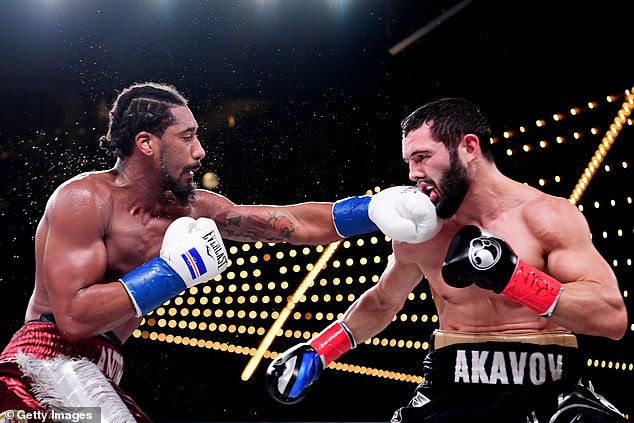 Andrade (27-0, 17 KOs) seemed on his way to winning a lopsided decision before the stoppage 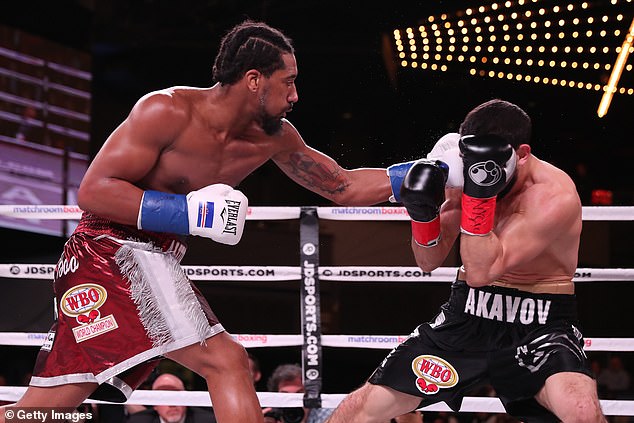 ‘We’re looking to get in there with the best,’ Andrade said. ‘Akavov, he moved, he was trying to do what he did, he used the ring really well. I wasn’t going to try to like, force anything. The jab was working beautiful all night. And at the end of the day, you put Triple G in front of me, I’m going to destroy him.’

Andrade was supposed to face Saunders in October, but Saunders was stripped of his belt for testing positive for a banned substance. Andrade ended up facing Walter Kautondokwa and knocked him down four times before cruising to a unanimous decision.

This one wasn’t quite that easy, but it certainly wasn’t tough for Andrade.

Andrade landed a good flurry of shots along the ropes late in the fourth round, but otherwise never appeared to really hurt Akavov. He didn’t need to, as his effective right jab kept the challenger from ever getting into attacking positions.

Akavov kept shaking his head after Andrade landed, either trying to show he wasn’t hurt or frustrated that he was getting hit so easily with no apparent plan to change things.

Akavov did surprise Andrade with a good combination in the ninth for his most effective moment of the fight, winning the round on all three judges’ cards. But Andrade resumed his dominance in the 10th, when Akavov was cut over the right eye by an accidental headbutt. 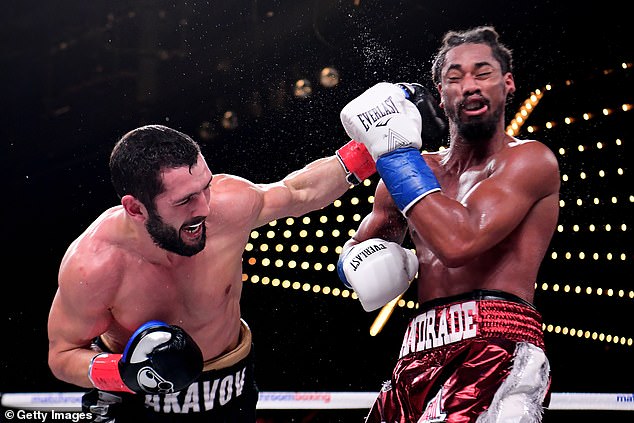 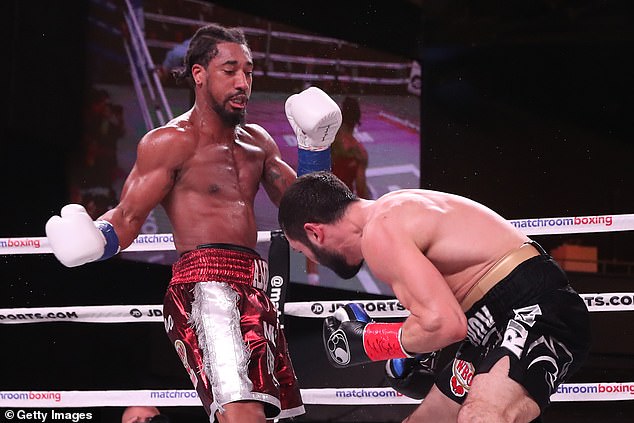 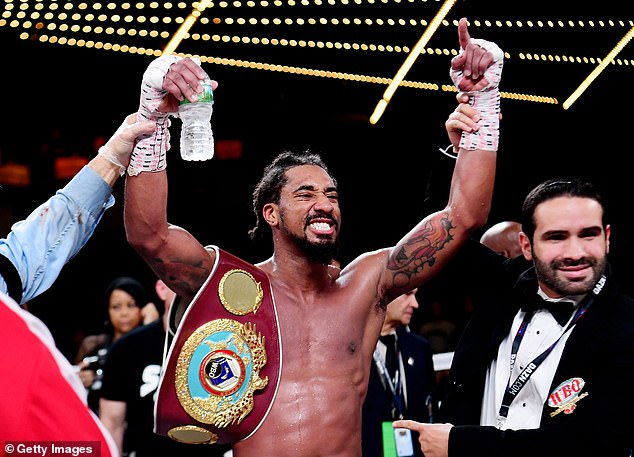 The American holds his belt aloft at Madison Square Garden, New York, after the win 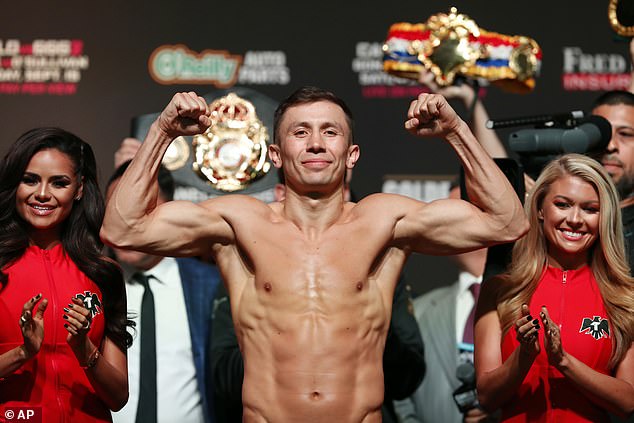 ‘At the end of the day, you put Triple G in front of me, I’m going to destroy him,’ Andrade said