Tyson Fury and Anthony Joshua are heading to a 2021 mega-fight for the undisputed heavyweight championship of the world, with the Gypsy King’s trilogy battle against Deontay Wilder in December being abandoned.

The first of potentially two Fury-Joshua blockbusters next year has been made possible by the imminent expiration of Wilder’s contractual right to a rematch following the sensational loss of his WBC world title in a second clash with Fury in Las Vegas this February.

Fury will now make a warm-up defence of his belt before Christmas, while Joshua defends his WBA, IBF and WBO titles against mandatory challenger Kubrat Pulev on December 12. 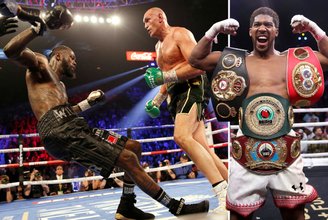 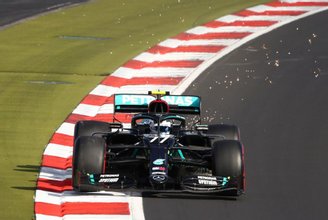 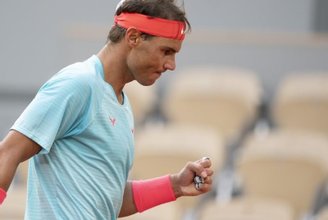 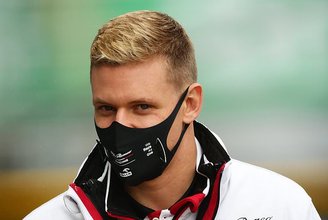 ‘My mum is here and she would have loved to see me drive!’ Michael Schumacher’s son Mick says his first taste of F1 was still useful despite not getting out on the track as bad weather puts paid to first two Eifel Grand Prix practice sessions

Assuming neither suffers an unimaginable defeat this winter, Joshua or Fury should become the first undisputed world heavyweight champion since Lennox Lewis.

The Joshua vs Fury fight is understood to be earmarked for the spring at Wembley Stadium, if the government lifts fan restrictions by then, or in either the Middle East or China.

The only conceivable impediment to boxing finally regaining an outright champion of its marquee division would be Olexsandr Usyk enforcing his mandatory right to challenge Joshua for the WBO belt if he defeats Dereck Chisora in London at the end of this month.

SportsPro recently published a list of the most marketable athletes in the world with Ryan Garcia coming in at #12 overall, higher than any other fighter in boxing ahead of Tyson Fury and Anthony Joshua.

It would be in the best interests of the sport and their own finances for the WBO to grant a temporary waiver but if they refuse Joshua would be likely to relinquish that belt in favour of two near-hundred-million-pound paydays against Fury.

Joshua and Pulev will happen behind closed doors. Fury’s return to the ring against an as-yet unnamed opponent will either be devoid of fans, also, or located abroad in one of a number of countries ready to offer large site fees.

Fury, who made two tick-over appearances in America between his dramatic draw and ensuing sensational demolition of Wilder in LA and then Vegas, would prefer ‘a homecoming fight in England.’

But in boxing, as in all sports, money talks. Bob Arum, Fury’s renowned US promoter, has been hoping to stage Fury-Wilder III in the new NFL stadium in Vegas but time has run out.

A combination of crowd-blocking coronavirus in America as well as here and Wilder’s slow recuperation from surgery for a bicep injury sustained in his defeat by Fury have made it impossible for the Bronze Bomber to commit to fighting before the contract deadline ‘in a very few weeks.’ He is still unable to resume training.

‘Recovery [is] going well, I’m in therapy, I ended up injuring it during my last fight, somewhere up in there’, he told the PBC Podcast.

‘But everything is going great with it. That’s another thing, I’m focusing on recovery, getting myself back to full health.’

He added: ‘Oh yeah, I can’t work out now. Once I get healed with my arm I’m looking forward to just working out, being able to do the things I love to do.

‘Right now I’m just sitting back and getting taken care of, all meals being prepared for me, a lot of catering now between my fiancee and all the kids around me. It’s nothing we can complain of in this moment in time.

‘We all have to survive and I love being around my loved ones through these tough times.’

Joshua received a £66 million purse for his return fight against Andy Ruiz Jr in Saudi Arabia last December, his last appearance in the ring.