Reports have just been surfacing that Anthony Joshua may have taken some heavy punishment even before he stepped into the ring to face Andy Ruiz Jr. on Saturday night.

WBN is specifically confirming that Joey Dawejko (19-7-4, 11 KOs), who served as a sparring partner for Joshua in Miami, brutally knocked out the champion during a sparring session leading into the bout.

Some of you probably noticed that Joshua was sporting visible wounds to his face during fight week.

Well, that was supposedly courtesy of Dawejko. Some suggest that Joshua getting KO’d in sparring affected him mentally going into to the fight, although Joshua himself didn’t admit as much, saying that his training camp was fine.

Yet his father, Robert Joshua, apparently wanted his son pulled from the June 1st card before it took place.

Those wishes were obviously not met, and I can only deduce that Eddie Hearn had at least something to do with that.

So if the reports are true, it sort of makes sense why Joshua’s father immediately went after Hearn once he saw him get knocked out again, this time by Andy Ruiz under the bright lights.

Robert Joshua could be seen confronting Hearn during Ruiz’s post-fight interview, with his son forced to intervene. 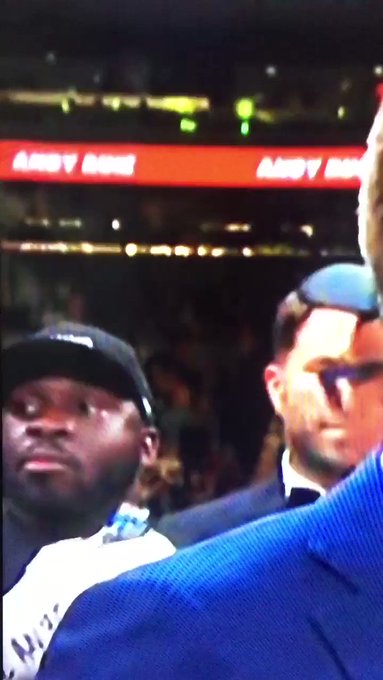