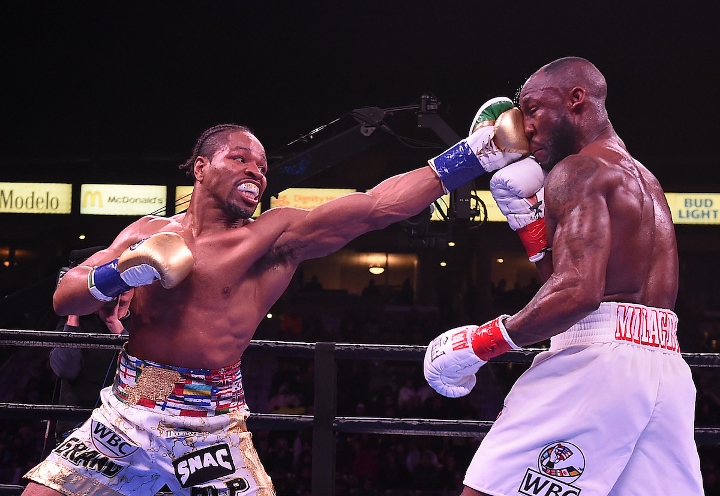 At the end of 12 tightly contested rounds versus Yordenis Ugas, the only thing Shawn Porter seemed concerned about was whether the judges were able to decide a winner.

In the end, it was Porter whose hand was raised in a split decision victory which allowed him to retain his welterweight title. Scores of 116-112 and 115-113 landed in his favor, overruling the dissenting card of 117-111 for Ugas in their Fox-televised main event from Dignity Health Sports Park in Carson, Calif.

“Honestly, the only thing I didn’t want to hear was a split draw,” Porter (30-2-1, 17KOs) confessed to a group of reporters during an impromptu post-fight press conference. “Yes, that would’ve meant I kept the belt but then you’d have all these discrepancies about who won the fight.”

Several observers consider Porter fortunate to have escaped with the win, but it only added to the daunting task of getting through the night and through fight week in general. The two-time welterweight title claimant initially missed weight on his first try during Friday’s official weigh-in, coming in at 148.8 pounds. He returned two hours later in hopes of having shed the weight but still resorted to trimming his braided hair in order to get below 147.

Once the opening bell sounded, he felt right at home—even in the midst of a spirited effort from Ugas, who was seemingly denied a 12th round knockdown which could’ve provided the final margin of victory. The sequence was instead ruled a slip, ultimately sealing a victory which the defending titlist believes he earned—but with plenty of room for improvement.

“Me and my dad (Kenny, also Porter’s head trainer) want to look at it, see what the judges were seeing and look at it outside myself. I want to see what caught the judges’ eyes.”