Winning to take me back to the top – Dogboe 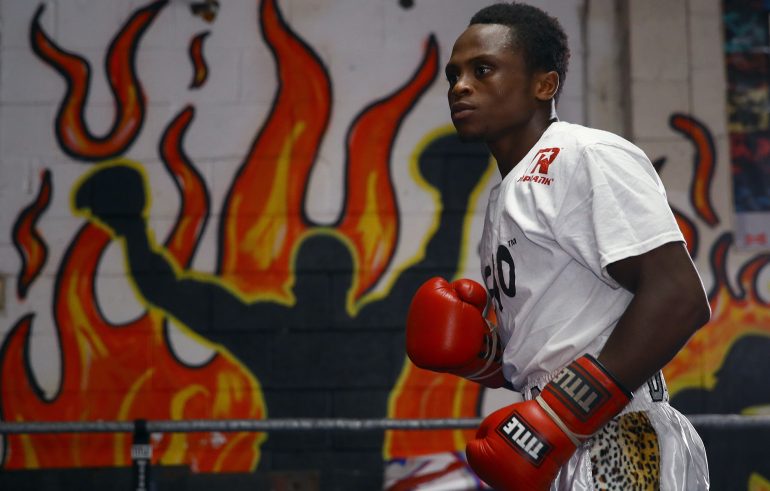 Isaac Dogboe can recall the two dates without hesitation: December 8 and May 11. December 8 of last year was the night that Dogboe’s career – and in many ways, life – was put on hold.

It’s the night that Emanuel Navarrete, who looked like a tough mark for Dogboe to walk through in his New York debut, reminded the world that boxing is a contest between mortals, and that whose name came first on a marquee didn’t matter once the bell rung.

Dogboe entered the fight unbeaten but barely made it to the final bell, with both eyes closed and the full force of the taller man’s blows reigning down on the shorter fighter. The scores were close but unanimous for the durable Mexican, providing one of the year’s biggest surprises.

May 11 is the date when Dogboe will try to undo what happened that night.

Dogboe (20-1, 14 knockouts) gets his chance at revenge this Saturday when he tries to win back the WBO junior featherweight title at the Convention Center in Tuscon, Arizona, live on ESPN (10 p.m. ET).

In the aftermath, observers were left to ponder, what happened? Dogboe had been the sport’s quickest rising star of 2018, building a fierce reputation after stoppage wins over Cesar Juarez, Jessie Magdaleno, and, in the fight prior, a first round KO of Hidenori Otake to retain the belt.

Paul Dogboe, his father/ trainer, admits they weren’t expecting the challenge that Navarrete brought on fight-night. 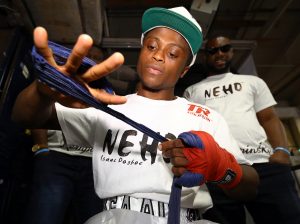 There were matters that were out of his control, the younger Dogboe says, that impacted his preparedness heading into the fight. A shoulder injury, which Dogboe has since had rehabbed, hampered his training, he says, as did unspecified allergies.

The older Dogboe says they “took our leg off the pedal a little bit” in training.

Even in defeat, Dogboe says he showed the boxing world something.

“You can’t teach heart so when you have that and you have the other attributes and the fitness tied to it, that’s what makes you a great champion. And that’s what I showed, I showed the heart of a true champion in that fight,” said Dogboe.

“The fans saw that if I was fit, I could have taken Navarrete out. That’s why I always say that, at my worst he couldn’t knock me out. Now that I’m at the peak of my fitness level, what has he got?”

Going straight to an immediate rematch after suffering your first loss can be dangerous. Shane Mosley did it against Vernon Forrest and suddenly had two straight losses on his record, and then Forrest made the same mistake against Ricardo Mayorga.

Styles make fights, and some styles break fighters. There’s something to taking your time to rebuild, working on your weaknesses and restoring confidence. With what the loss cost him, he doesn’t have the luxury of patience.

To focus on winning back the title, Dogboe has withdrawn from classes at Penn State and put a land development deal on the shelf and returned back to Ghana to train.

“Training back in Ghana really kept me focused because Navarrete cost me a lot. We had a lot of plans, we had set a lot of goals, projects we were doing and everything came to a halt,” said Dogboe.

“Coming back to Ghana to train is a reminder … we have to change things, we have to make sure what happened on December 8 does not repeat itself.”

Calling on Navarrete (26-1, 22 KOs) for a second helping will either vindicate Dogboe, or further bury his standing in the sport. But it’s a risk he’s willing to take to get back to where he once was.

“The more I’m fighting, the more I’m winning, that’s gonna speed up the projects. After we lost, we had to take a back step,” said Dogboe. “Winning here come Saturday night is gonna bring me back to the top.”