Dogboe over Magdaleno by R9! 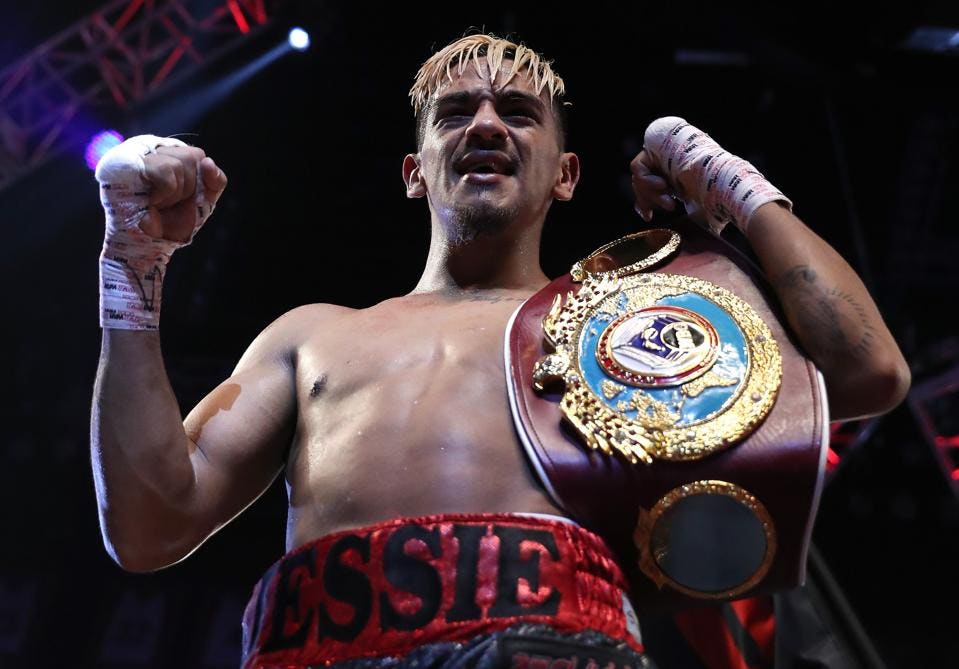 On Saturday from the Liacouras Center in Philadelphia, Pennsylvania, WBO super bantamweight champion Jessie Magdaleno (25-0, 18 KO) will attempt to defend his title against Isaac Dogboe (18-0, 12 KO).

The 26-year-old Magdaleno is a star waiting to explode and Dogboe could prove to be the perfect opponent to vault him to the next level or to put a halt to his ascension.

Magdaleno has been signed to Top Rank since 2010, but this will be his first feature bout on ESPN. Top Rank has done a solid job utilizing its deal with the network to showcase its stable. While he’s in a smaller weight class, Magdaleno has a high ceiling. His style is fan-pleasing and he has cultivated a strong Mexican following winning his early fights on UniMas.

Magdaleno is a boxer-puncher who utilizes a wide stance but he gets in and out of striking range well. He can surprise opponents with his power. That’s something the 23-year-old Dogboe will have to be wary of – especially early in the fight while both men are fresh.

However, his quickness on the inside, boxing skill and power offer a legitimate threat to Magdaleno and his title. Magdaleno is the favourite and he opened at minus -382 with Dogboe at plus -298, per Oddsshark.com.

Since then, the odds have evened a bit with Magdaleno now at minus-225 and Dogboe is now a live plus-185 underdog that bettors could cash in on.

He possesses excellent power and he changes levels with his punches with crisp head-to-body combinations. Dogboe is patient and his left hook is probably his best punch. He gets great torque on it with his stockier build and he can put Magdaleno in peril if he lands it on his chin.

Magdaleno is the better mover, but I don’t think he can withstand the pressure and precision power shots on the inside from Dogboe.

This has all the makings of a great fight with two contrasting styles and it’s one I see the challenger and underdog winning.

Dogboe puts his opponents on their heels and invests in his body punching. He’ll dethrone Magdaleno via late TKO. Let’s say the ninth round to be specific.