Former WBO super bantamweight champion, Isaac Dogboe, has a potential fight lined up, if undefeated Olympian Michael Conlan can get the Ghanaian in the ring.

Conlan is slated to fight again on December 5, likely in the UK – which is the date when WBC heavyweight champion Tyson Fury is targeting for his next defense. Conlan and Fury are promotional stablemates under Top Rank.

Dogboe has discussed the scenario of fighting Conlan. 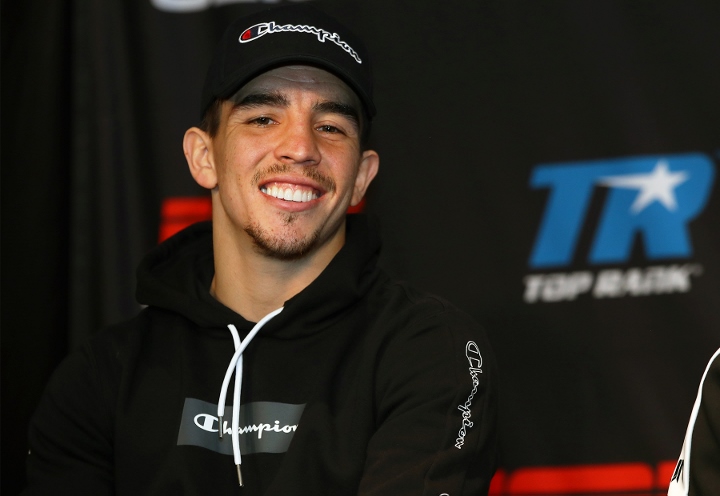 The Irish boxer is ready to go – but claims Dogboe is now rejecting the idea of moving down to 122.

“As soon as I heard he was talking about fighting me, I said to Jamie [Conlan, his brother & manager]: ‘Make that fight’.

“Now Dogboe is saying he won’t go back to 122-pounds but he’s the one who’s been calling me out, so I don’t understand it – maybe he just wants to keep his name in the mix?,” Conlan told Irish News.

“I’ll face him if he does come down to 122, if not I would fight Ionut Baluta, the guy that beat David Oliver Joyce.

“I think he’s being spoken about and that’s another fight I would happily take.

“I think I would do a good job on him and look good doing so, he’s a good fighter – you don’t beat guys like David Oliver – if you’re not. He’d be a dangerman for anybody. So I’d be happy to face him, or Dogboe or whoever.

“At the moment, I don’t know what the plan is or who the plan is for, I just know I have to be ready for December 5th.

“I think he’s happy with that approach and go ahead and get working on things.”