Had Dejan Lovren not been bought as a direct replacement for Daniel Agger, he might have spent enough time in the Danish defender’s company to see the damage that can be done to a footballer’s career by not listening to one’s body. But they were team-mates for no more than a few weeks in 2014. Agger left the damaging high-intensity world of the Premier League behind him for what he hoped would be the easing down of his career at his hometown club Brondby.

Two years after leaving Anfield he retired, with this admission: “I have taken too much anti-inflammatories in my career. I know that full well and it sucks but I did stop it [in the end]. I am not gaining anything personally from saying this but I can only hope that other athletes do. It could be that others take a pill or two less.” 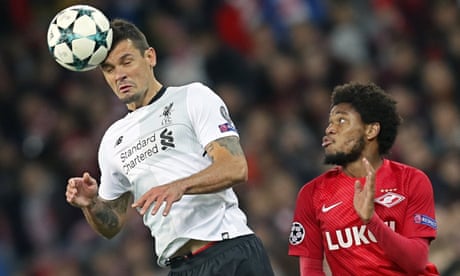 They are words that Lovren should bear in mind when he is next holding five pills – the number he said he currently needs to get through Liverpool matches without discomfort. Agger now suffers from constant pain in his back, having struggled with a prolapsed disc, and said he played at only 70 or 80% of his ability in his latter years at Liverpool. The Dane could not stay awake before one of his last appearances for Brondby and can barely remember being taken into the dressing room after a 29th-minute substitution. The message is clear: when a footballer starts to mask pain to get through games it can be a slippery slope.

John Brewer, a professor of applied sports science at St Mary’s University, Twickenham, believes what Lovren is doing is pretty routine in football. “It’s probably more common than people realise,” he says. “Part of the problem is that there is a continual conflict between what the player medically may need to do, which is to recover properly and be fit to play, and the demands from the manager to have them in the team.

“I first worked in football 30 years ago and that was a problem then. You’d have that continual tension between the medical or scientific side that said rest and recovery are critical but with more and more games at the highest level that becomes a challenge. And if the manager says: ‘I want you in the team and if you’re not in the team you’re dropped’ you feel a pressure to play or your career may start to unwind. So there has always been that tension and clearly if a player is not recovering they’re going to resort to whatever it is they need to do to keep their place in the team and to try and play pain-free.”

That is exactly what happened with Agger for many years at Anfield and, with Liverpool’s defence having been so leaky at the start of this season, it is little surprise that Lovren is willing to mask the pain he says he has felt in his “whole body for the last two weeks” to try to bring some stability to Jürgen Klopp’s back four. Yet there will be little recovery time for the centre-half – he has two World Cup qualifiers with Croatia in four days, starting against Finland this Friday, and then a huge match against Manchester United. So as he recovers from the Newcastle game, what condition will his body be in?

“The biggest danger is that when the effects of the medication wear off after the game you will be in a worse situation than you were at the start because you haven’t responded to that indicator, which is the pain telling you to ease up,” says Brewer. “So in a sense what you are getting into is a downward spiral because the pain is getting progressively worse. And then what was perhaps a minor injury such as muscle soreness or a minor tear can become a chronic injury because a slight muscle tear becomes a complete muscle tear and a much longer-term injury.” 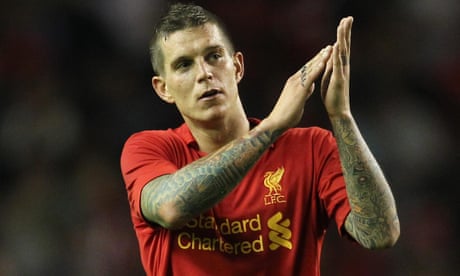 Medical support in football has come on in leaps and bounds in the past 30 years. Brewer, a former head of human performance at the Football Association, was the only sports scientist in English football when he worked with Bobby Robson at the World Cup in 1990. Now, he says, there are physios, sports scientists and medical practitioners not just at clubs but in the employ of players too. So in many ways footballers are better advised than ever before but the decision to play with anti-inflammatories still largely rests on them – and, if they take them too often, they could risk damaging their stomach lining and even have trouble rehydrating as their kidneys are put under the dual stress of processing drugs while being strenuously exercised.

In March Fifa’s former chief medical officer, Professor Jiri Dvorak, told the BBC he believed the use of anti-inflammatories in football was becoming a worrying trend. “It has become a cultural issue, part of the game,” said Dvorak. “It is absolutely wrong. For me it’s clearly abuse of the drugs – that’s why we use the word alarming.”

Medical practitioners took issue with the word “abuse”, given that in many cases the drugs are prescribed. But a study carried out at the Brazil World Cup by the medical journal BMJ revealed high levels of anti-inflammatory use among players. Of 736 who took part, 54.2% took anti-inflammatories and, as the stakes got higher in the knockout rounds, the use of medication to get through games grew. As Brewer says: “Unlike track and field, where an athlete has to peak two or three times a year, in football a player has to peak every game.”

So perhaps we should all bear this in mind when we next hear about an injury-prone player breaking down or delivering a sub-standard performance. Behind the scenes they may be facing very difficult decisions that could have an impact on their future wellbeing. Danny Mills spoke in March about having been pressured into taking painkillers when he played and, contrary to what many may believe, he said the further down the football pyramid he went the greater the arm-twisting from clubs was.

Daniel Sturridge was heavily criticised for his laboured Liverpool display on Sunday. The strain on the striker while recuperating from a catalogue of injuries in the past four seasons has been immense. Football demands instant gratification for its outlay and at the sharp end of that are young adults under enormous pressure. When a manager takes an earful of abuse for not starting a returning star immediately, maybe, just maybe, they are doing the best they can to protect a young person from a hobbled future.

We are all guilty now and then of being a little unsympathetic towards elite footballers. Perhaps if we took a chill pill now and then, we really could help ease their pain.