The two heavyweights put on an incredible Wembley spectacle in front of 90,000 fans when both men climbed off the canvas before AJ stopped the giant in the 11th round.

The British star now holds the IBF and WBA belts and will fancy his chances of unifying the division against WBC puncher Deontay Wilder and WBO dud Joseph Parker.

But Joshua’s promoter believes Klitschko is going to activate his rematch clause and revealed he is meeting with his K2 management team in the coming days.

Hearn told Boxing News: “We’re looking at all the potential sites for the rematch. It’s not really a case of them having to let us know by a certain date. For us, it’s happening.

“Until (Klitschko) turns round and says ‘no, I’m retiring,’ we’re full steam ahead.

“At the moment all I can tell you is that it’s happening because we haven’t heard otherwise.

“Bernd (Boente, Klitschko’s manager) has got a meeting with him this week.

“The number of offers we’ve had come in from other sites means the money’s so big, I can’t see him not taking it.

“Even away from the money I think he wants it, I think he looks back and thinks he had Josh in the fifth or sixth. A lot of people gave him a lot of props for it, so why not?’”

MOST READ IN BOXING 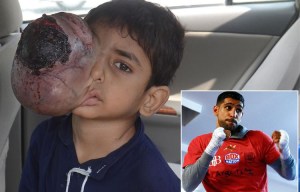 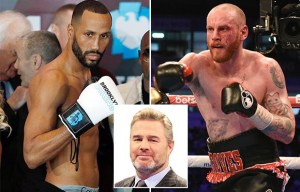 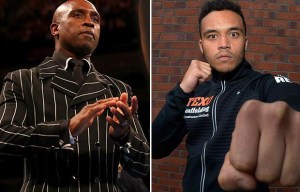 FROM KO TO OK 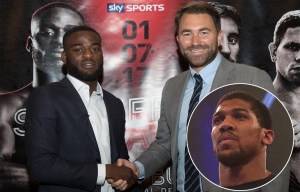 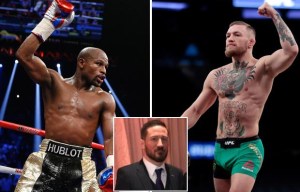 ‘HE IS A LOWLIFE’

Lennox Lewis has challenged the Team GB golden boy to defend his gold on a world tour, like his hero Muhammad Ali.

The USA is where the big money is but Joshua has Nigerian heritage and a tattoo of the African continent on his hulking arm.

Wherever he goes for the rematch, he will take another giant step toward reaching his dream of becoming boxing’s first billionaire.

“Cardiff isn’t the frontrunner financially. The money we’re getting offered from other sites is huge, but that comes with problems.

“It’s a new market for us, go and do an event in Lagos sounds great but operationally it’s very difficult. You have to look at money, is it there? Is it secure?”