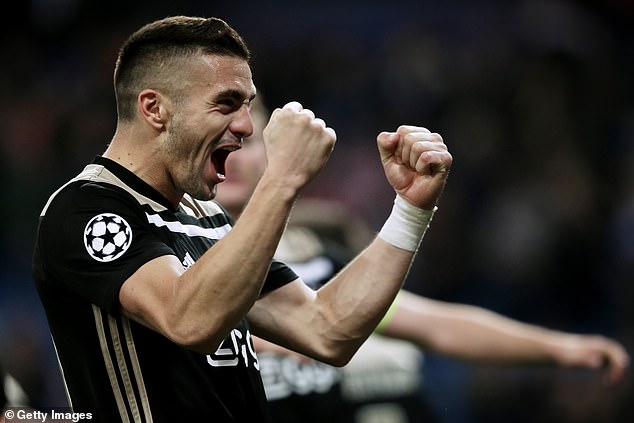 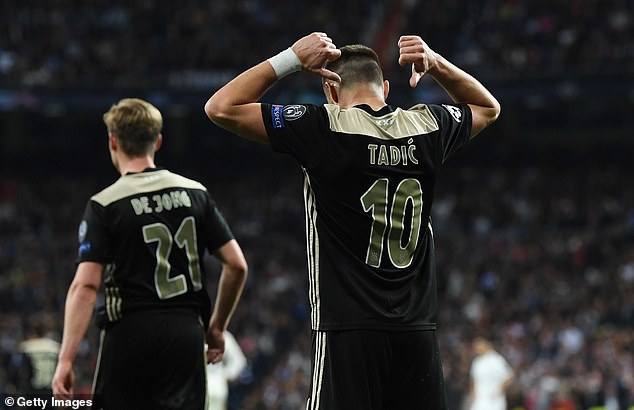 Dusan Tadic has joined an elite list of players to have received a perfect score of 10 in French newspaper L’Equipe‘s player ratings.

The former Southampton forward spearheaded the devastating Ajax attack that put four goals past Real Madrid on Tuesday night to dump them out of the Champions League in humiliating fashion.

The Serb starred for the Dutch outfit, scoring one and assisting a further two as they claimed a famous 4-1 victory at the Bernabeu. 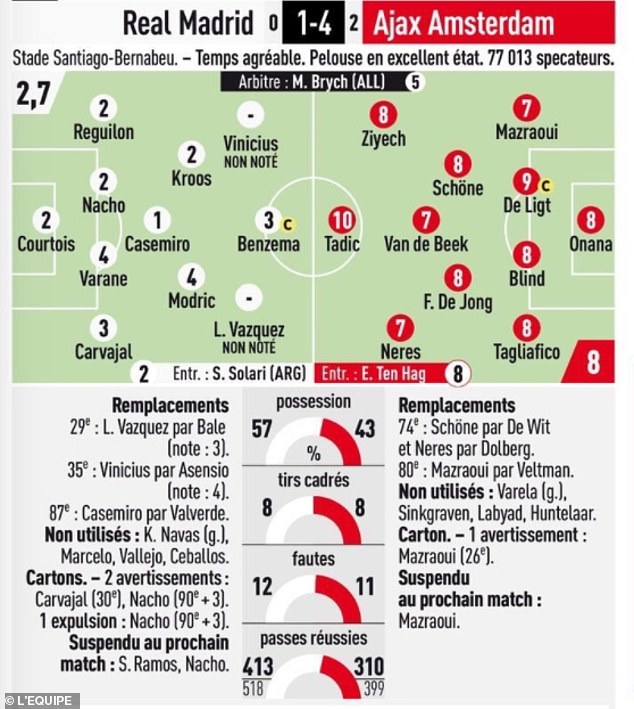 And on Wednesday morning in L’Equipe‘s famous ratings, which began in 1946, Tadic was awarded a rare score of 10 for his display against the current champions, becoming just the ninth player to have done so.

Franck Sauzee and Bruno Martini were the first recipients of the perfect score back in 1988 after France’s Euro Under-21 final win over Greece. Sauzee received perfect marks for his two stunning strikes while goalkeeper Martini was recognised for the part he played between the sticks in the same match.

Lionel Messi is the only man to have had a perfect score on two occasions: one for his performance in the 2010 win over Arsenal when he scored all of Barcelona’s goals in the 4-1 win, the other in the same competition two years later, blitzing five past Bayern Leverkusen. 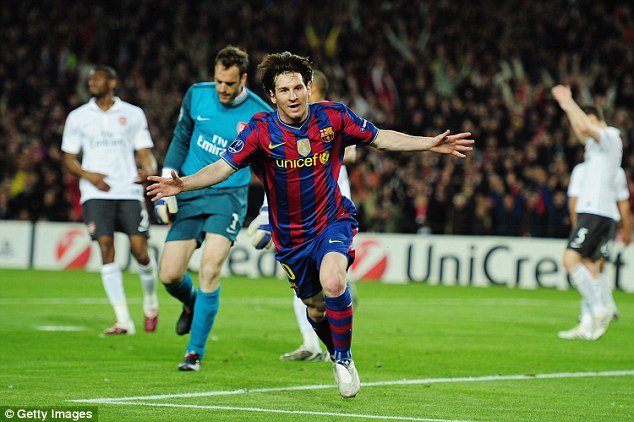 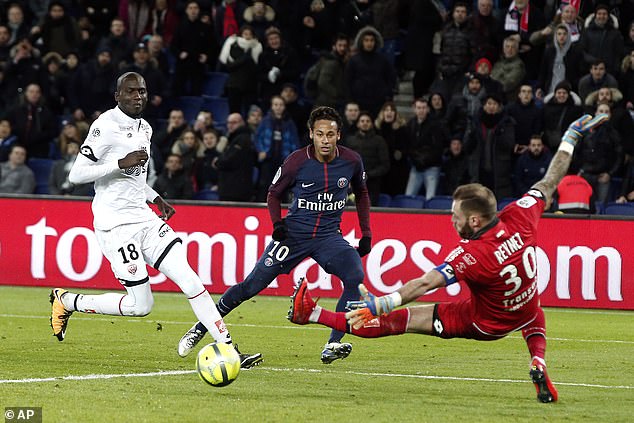 Another goalkeeper makes the list – Lars Windfeld. The Aarhus stopper was impenetrable in the second leg of their UEFA Cup tie against Nantes back in 1997 and the clean sheet meant the Danes progressed to the next round with a 1-0 win.

Brazilian midfielder Carlos Eduardo became the first Ligue 1 player to be awarded top marks for his part in Nice’s 7-2 win over Guingamp back in 2014. The midfielder, who was on loan from Porto at the time, scored five in the seven-goal rout.

Fellow Brazilian Neymar was the last to receive a score of 10. Following his four-goal haul against Dijon last January during an 8-0 drubbing, he was recognised with the top score.

Tadic, meanwhile, believed if he did not receive a perfect score for that performance, he was never going to get one, claiming it was the best he had ever played. 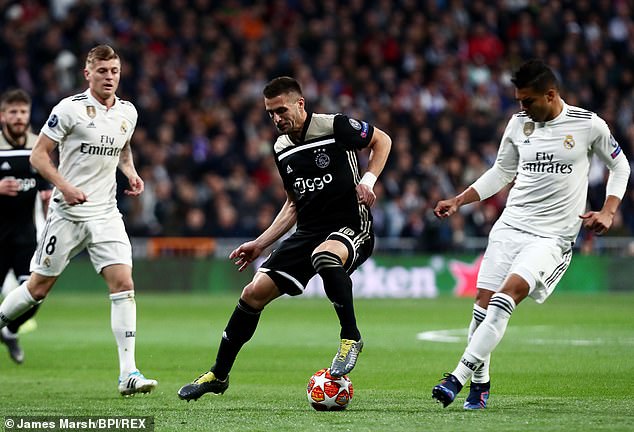 ‘This is probably the best game of football I’ve ever played,’ Tadic, 30, told Veronica TV. ‘[Zinedine] Zidane was always my favourite player. Maybe I was watching too many of his clips.’

The rarity of these high marks are typified by just how harshly the French outlet scored Ajax’s opponents on Tuesday night.

Los Blancos midfielder Casemiro yielded the lowest score of the night with just one, while a host of players — Thibaut Courtois, Toni Kroos, Nacho and Sergio Reguilon — did marginally better with scores of two.

Luka Modric and Raphael Varane were the highest scorers for the hosts at the Bernabeu, receiving just a miserly four. 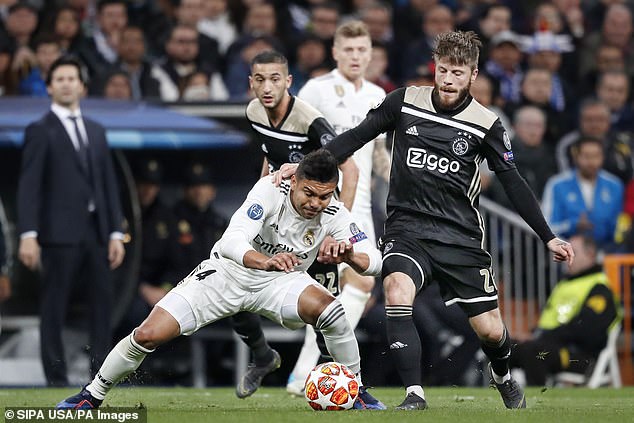 Casemiro was given the worst score of the night by L’Equipe, receiving a mark of just one 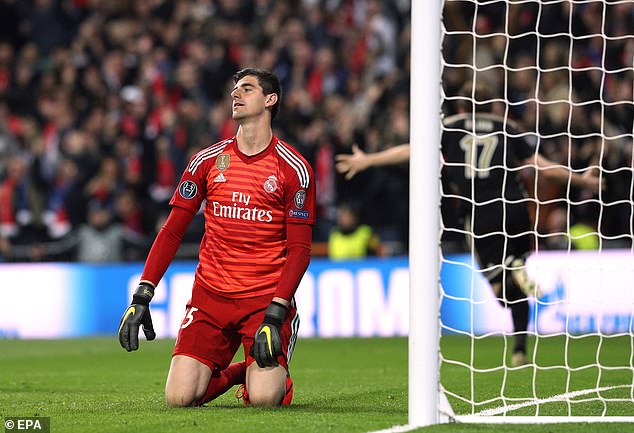 While a host of Los Blancos players, including keeper Thibaut Courtois, got a mark of two