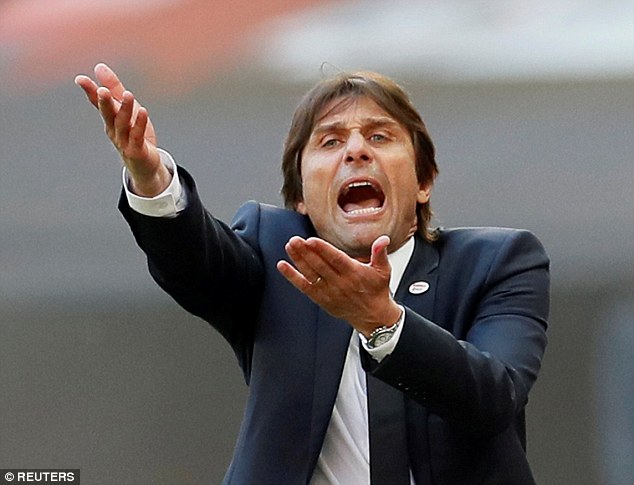 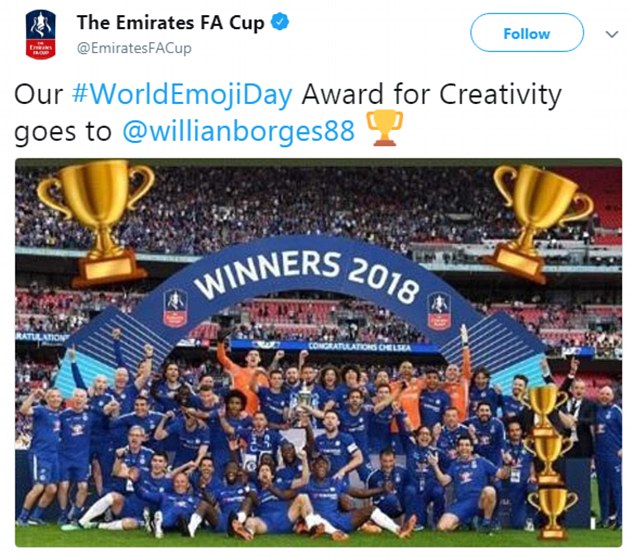 An FA spokesperson said: ‘We apologise for any offence caused and we have removed the tweet.’

Conte was sacked by Chelsea last Friday and replaced by Maurizio Sarri. 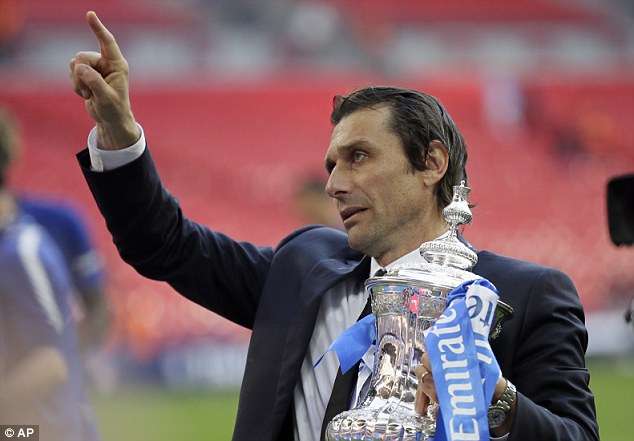 The FA post was quickly deemed disrespectful, given Conte had gone on to win the trophy 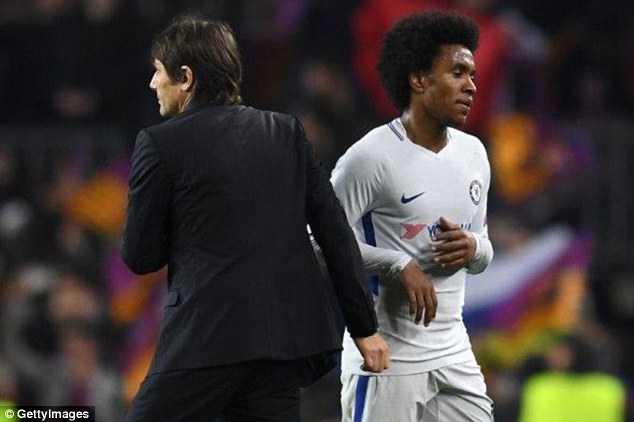 Conte and Willian were believed to not see eye-to-eye, with the player often left out of the side 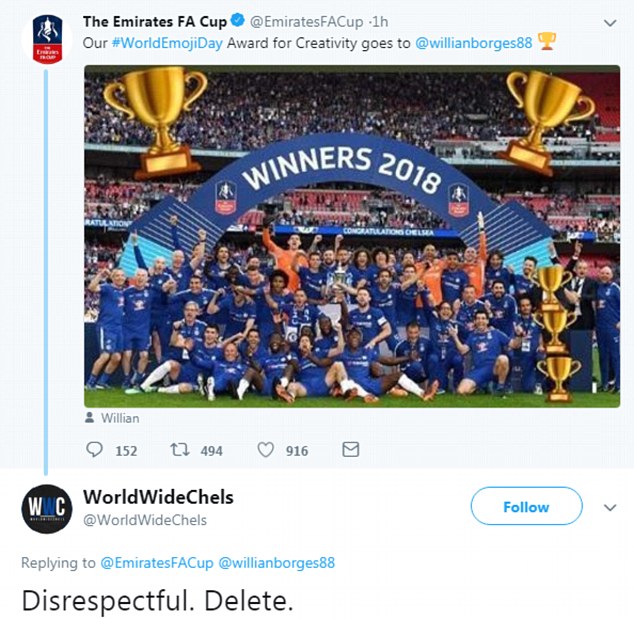 Willian cut a frustrated figure under Conte at times. He started only 20 Premier League matches for Chelsea in the 2017-18 season, featuring as a substitute on a further 16 occasions.

The Brazil playmaker did not start any games after reacting angrily to being substituted in the FA Cup semi-final against Southampton on April 22.

Willian has been linked with moves to Manchester United and Barcelona.