The FA finds itself under increasing scrutiny after the House of Commons passed a “no confidence” motion in football’s governing body’s ability to reform itself, with specific criticism that its board fails to represent the diversity of the game.

Ray Kiddell, an FA council member for 37 years, said on BBC Radio 5 Live: “When I first went on the council I was 43 and I thought, ‘look at all these old, grey-haired men’. I soon learned that some these men had a lot to offer and it still paid you to listen to what they had to say. 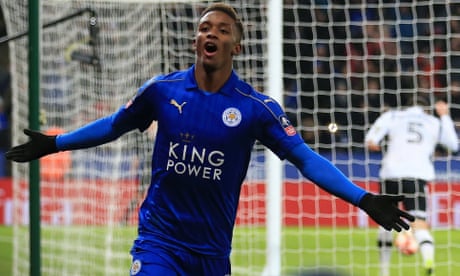 The anti-discriminatory group Kick It Out and the FSF released a joint statement condemning remarks from Kiddell.

Posted on both of the organisations’ websites, it read: “Kick It Out and the FSF are dismayed by comments made by Ray Kiddell, member of the FA council, on the issues of reform within the national game.

“These comments by a council member are indicative of the problems that are blighting the leadership of football in this country. It’s imperative the FA council become champions of equality. Unhelpful comments by representatives show a lack of understanding and highlight that education is needed. Kick It Out and the FSF will send a letter of complaint to the FA on this matter.

“With the FA in the process of shaping major reform, it is essential that they put diversity and proper representation of supporters at the heart of their plans for change.”

During Thursday’s MPs debate, the culture, media and sport select committee chairman, Damian Collins, said the organisation was in “Fergie time” in terms of needing to change.

Collins said ministers should intervene to overhaul English football’s governing body because “turkeys won’t vote for Christmas” and it will not reform itself.

The motion is not binding but increases pressure on the governing body.

The FA risks losing the majority of a £30m grant for 2013-17 if plans for reform, due to be submitted by the end of March, are not approved by the sports minister Tracey Crouch.